Every once in a while, in certain countries and cultures, new words are added to the lexicon: Brexit, fake news, crypto. In Venezuela, bitcoin and hyper-inflation are perhaps two of the most mentioned words in daily conversation. The country’s economy has been nose-diving since President Nicolás Maduro came to power in 2013, but it has now reached unprecedented lows.

The International Monetary Fund says inflation of the Venezuelan bolivar is expected to hit a startling 200,000 per cent this year. A cup of coffee that cost 150 bolivars in November 2018 now costs 18,000 bolivars. A university professor earning 2.5 million bolivars a month makes just enough to buy about one kilo of meat or a dozen eggs with each paycheck.

Christopher Sabatini, senior research fellow for Latin America at Chatham House, describes the situation as “the worst economic and humanitarian crisis in the world, in which there has never been a war”.

Throughout history, people in certain places have undergone a process which economists like to call the “discovery of advantages of backwardness”. They take techniques that have worked well in more advanced parts of the world and apply them in less developed regions. The changes they introduce make those techniques work so well that a region, which was once the periphery, becomes a centre in its own right. In Venezuela, fintech, and more specifically cryptocurrency, is increasingly popular.

Unlike traditional money, cryptocurrencies such as bitcoin are built on a decentralised electronic ledger called blockchain. The ledger isn’t controlled by a central bank or finance ministry, but by multiple users around the globe running “nodes”, or copies of the entire ledger, on their computers, which can’t be cut off or censored. 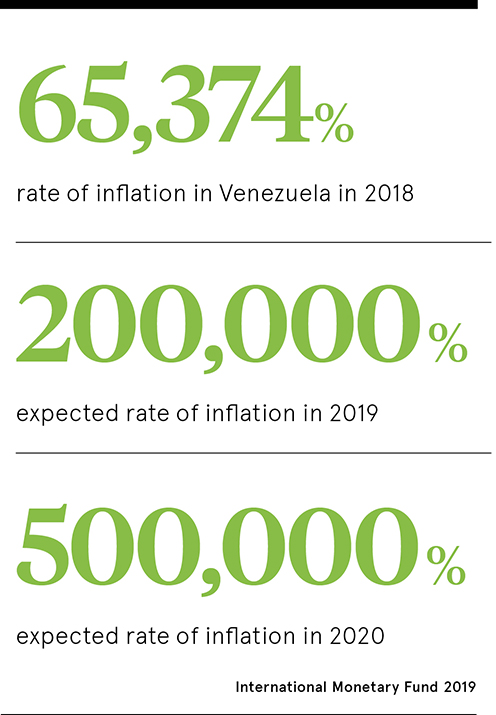 More than the economic and political crisis, a feeling of distrust has permeated every level of Venezuelan society. People are looking for ways to operate outside the system just to buy goods and services. There are stories of employees leaving their office jobs to stand in line under the hot sun in supermarket queues, so they can buy produce to be sold on the black market, where they can make more money than having a regular nine to five. Choosing cryptocurrencies such as bitcoin in Venezuela over the bolivar is just another survival strategy.

“There is a lot of cryptocurrency going on, but it’s not very open, like you would have in the United States and other countries,” says Steven Malca, president of the South America Initiative, a US-based NGO providing humanitarian aid. “The [Venezuelan] government hasn’t outlawed cryptocurrency per se, but they prefer people to use something they call the petro.”

Venezuela’s petro national cryptocurrency was launched by President Maduro in October 2018 as an alternative to the ever-declining bolivar. It is supposed to be backed by Venezuela’s rich oil reserves, but as with anything backed by the government in Caracas, the petro has failed to take off. Critics say it is another government ruse to circumvent international sanctions. More importantly, the average Venezuelan, more concerned about where their next meal is coming from, just doesn’t know enough about it.

Can cryptos save the day?

“You have to educate people,” says Mr Malca. “In the United States and Europe, we are able to sit down and research about these things. In Venezuela, the average internet connection is a quarter of a megabyte or one megabyte at the most. People still don’t have access to this type of information and they are afraid to use something that is not tangible.”

And yet, amid the chaos and lack of information, there is evidence cryptocurrency is making some sort of difference.

“When we give people crypto, we also set up stores which accept payments in crypto and have cash-out partners so they can exchange crypto for cash,” says Joe Waltman, executive director of GiveCrypto, a non-profit that distributes cryptocurrency to people in poverty. “When we track a number of impact metrics, such as food security and the psychological wellbeing of the people we give crypto to, we see significant statistical improvement in both of those areas; they are eating more and feeling much less stressed when receiving our aid.”

Even cryptocurrency isn’t immune to market volatility, however. Two years ago there was a sort of bitcoin frenzy, triggering wild price fluctuations throughout the market. Cryptocurrencies are an attractive censor-proof tool for remittances, but volatility can make crypto tokens a dangerous medium for transfers and savings. In a country where people’s daily lives are dictated by the value of their currency, the last thing needed is another element of uncertainty.

On one hand, cryptocurrency has allowed some Venezuelans with access to computers, knowhow and blockchain technology to receive money from their family and friends abroad. On the other hand, the system is still far from inclusive.

“At times, it can be highly discriminatory,” says Dr Sabatini. “The very poor don’t have access to online accounts or relatives living abroad. So while crypto is helpful it is not a magic bullet.”

Historically, successful economies have always been propped up by two pillars: confidence and trust. When things go as they should, people feel confident to invest and buy things. When times get tough, there is still trust that institutions will be up to the challenge.

At the most fundamental level, the problem in Venezuela is one of credibility. All over the world, people living under oppressive regimes have found ways to get on with life, in many cases with the help of technology. In Venezuela, crypto in the form of bitcoins and other cryptocurrencies might provide a beacon of hope, but they won’t be the solution.

“The linchpin of monetary stability is confidence,” says Dr Sabatini. “At every turn, Maduro’s  government has demonstrated its partisanship, its corruption, its lack of transparency and its willingness to manipulate fiscal, currency and monetary policy. People’s reserve of confidence has evaporated and it’s going to take another government to restore that, regardless of developments in the fintech industry. 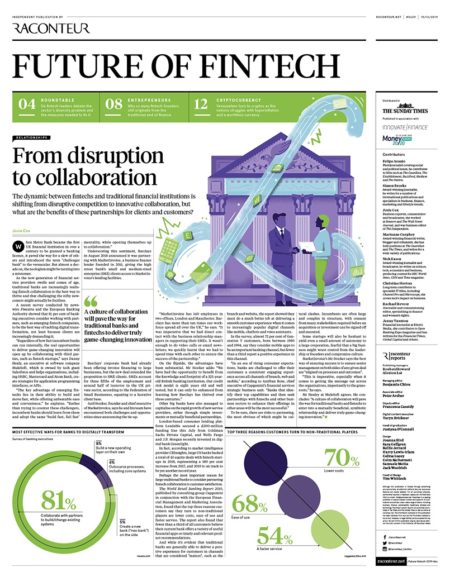