This article is from the Forex Trading Strategies digital report. Click here to download the full report.

The year 2018 looks set to be the ninth consecutive year of global economic expansion, with many saying the world has at last moved past the long shadow cast by the global economic crisis. Rising interest rates in the US and the UK, signs that other central banks may follow suit, and buoyant equity markets all suggest that the world economy, after years of unconventional stimulus, is returning to more normal patterns.

But for currency investors, it’s not the early 2000s all over again. Indeed, looking for direction in the currency market has become increasingly challenging. Many major currency pairs remain stuck in relatively tight ranges, with realised volatility in most dollar crosses remaining low and below their 12-month averages. This is despite obvious geopolitical uncertainties and country specific risks, such as Brexit. It also stands in stark contrast to elevated equity market volatility, as measured for example by the VIX index.

Possible reasons for this relative stability in currencies are manifold: the residual impact of ultra-low monetary policy rates globally and quantitative easing; commercial banks’ reduced reliance on wholesale funding; central banks’ use of dollar swaps; and tight currency management by central banks, particularly in Asia. In addition, says Olivier Desbarres, founder of 4X Global Research, predictable central bank policy rates may be helping induce currency stability, with the Federal Reserve broadly matching expectations for rate rises so far in 2017 and 2018, in contrast to 2015 and 2016 when markets were surprised after expected rate rises failed to materialise.

Also, the fact that there have been no major currency shocks in the past 21 months - 2015 saw the Swiss National Bank and renminbi revaluations, and 2016 Brexit – may also be calming the forex market, he says. Against this background, trading strategies that were successful before (and after) the crisis need to be reassessed.

David Bloom, global head of currency strategy at HSBC, says currencies have three aspects: the structural, the political and the cyclical – all of which have to be looked at differently in the new world of forex. “It is like when you look at a piece of art, you don’t say you like the Mona Lisa from the left and not from the front: you have to put all these factors together,” he says.

Mr Bloom says that there is no doubt that from the structural and political side, investors are bearish on the dollar. However it is, he says, difficult to make a bearish case for the dollar when the US is the only country where inflation is threatening to move above target and the Fed is set to hike interest rates.

One simple strategy for the new era would be to bet against the dollar. However Mr Bloom warns that the dollar is stuck in a range as those structural, the political and the cyclical factors are pulling in different directions.

“In the old world of FX, a strong economy would mean higher interest rates, which would lead to a stronger currency, but now for the US that relationship has broken down because of these structural and political factors,” says Mr Bloom.

Elsewhere, with rates across the developed world still largely at multi- year lows, interest rate differentials are not the drivers they once were in forex. Certainly, volatility in other risky asset classes such as equities reduces the appeal of the carry trade, in which low-yielding currencies such as the yen nare sold to fund the purchase of higher- yielding assets.

Yes, a big slide in equity markets can still mean investors move into safe haven assets such as the yen or the Swiss franc. The effect, however, is nothing like the risk-on/risk-off days in the wake of the financial crisis that saw the currency market slavishly follow the fortunes of stocks and other risky assets. With depressed volatility, momentum or trend-following strategies remain appealing. This is particularly true as investors take advantage of the relatively tight ranges in price movement that have developed in recent months.

Of course, one caveat to that is how long the forex market can remain indifferent to the exceptionally large deluge of headlines (and tweets from Mr Trump) on trade wars, geopolitical risk and other topics that could unsettle the global economy. Recent history suggests such periods of relative stability in currency market are quite rare, raising the risk of market turmoil that could ruin those momentum strategies.

Mr Desbarres notes that, perhaps unsurprisingly, volatility remains the highest in emerging market currencies such as the South African rand, the Turkish lira and Russian rouble. He notes, however, that with the exception of the rouble against the dollar, as of April 2018 volatility is in line with, or lower than, the average of the past 12 months in all currency pairs globally.

“This suggests that the threshold for FX volatility to materially rise is potentially quite high,” he says. “But it also points to a risk that markets may be growing complacent and may not be prepared or positioned for any spike higher in FX volatility.” For currency investors, that may finally result in new trends to follow. 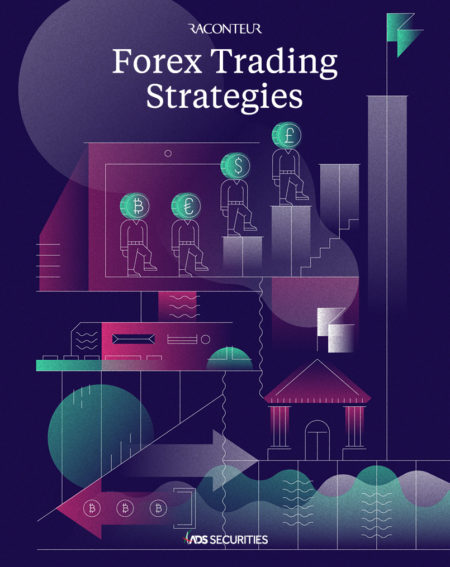 The new normal in forex trading