The rise of sukuk and Islamic investment in the West

The global sukuk market is poised for exciting new developments, not only in its traditional Middle Eastern and Asian markets, but also in the UK, the acknowledged Western hub for Islamic finance.

Supply of sukuk has been driven primarily by the entry of Saudi Arabia into the market in 2017, Malaysia’s pioneering socially responsible sukuk investment strategy and, more recently, the world’s first three green sukuk issuances. In addition, there is a continuing spate of government participants, such as Saudi Aramco and Emirates Airlines, and corporate issuers, both repeat and new entrants.

On the demand side, sukuk is now an established financial instrument for financing government budget deficits and liquidity management of Islamic financial institutions, corporate refinancing of existing debt and business expansion. This boosts bank capital and liquidity, under Basle III provisions, financing infrastructure, especially in renewable energy, transport, healthcare, and oil and gas sectors, and in social finance to fund education and vaccination programmes, as well as monetising waqf (trust) assets for the benefit of the community it serves.

Sukuk is also issued to serve as an investment instrument for retail, and high-net-worth and institutional investors. It is an essential component of a mixed Sharia-compliant investment portfolio together with equities and real estate. 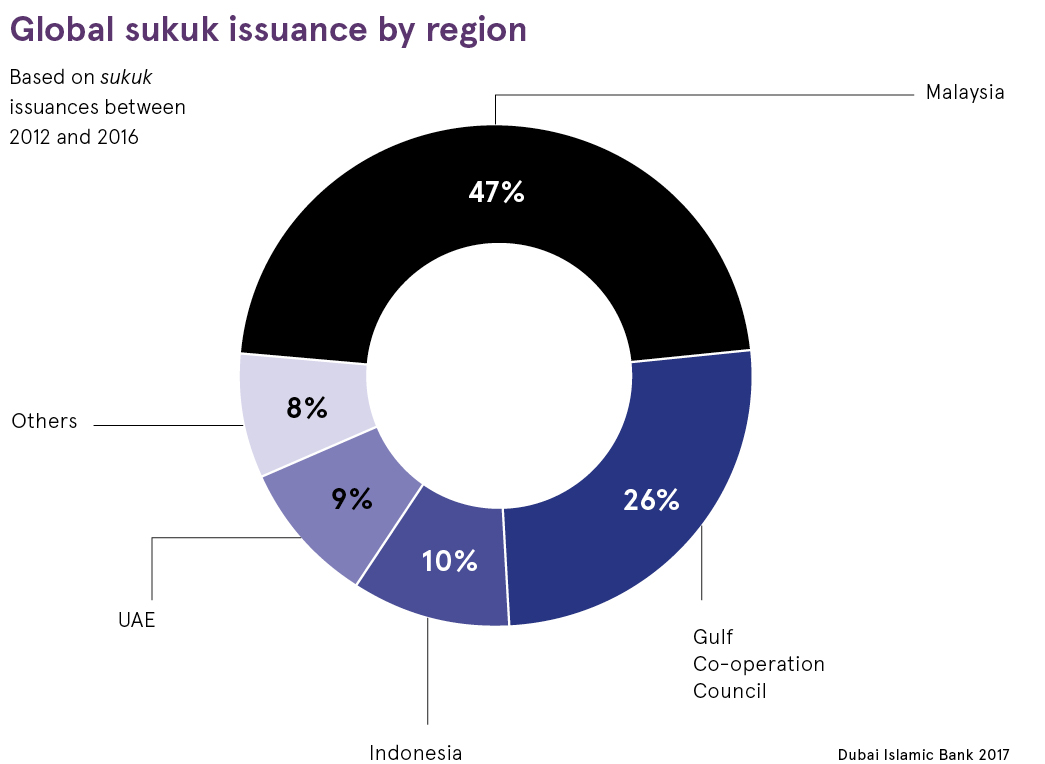 Market traction in 2017 saw primary sukuk issuances touch $100 billion compared with $88.28 billion the previous year. This figure could top $200 billion in 2018. In February, the Saudi Ministry of Finance, for instance, issued its eighth consecutive domestic sukuk ($1.93-billion tap issuance) bringing the total Saudi domestic sukuk issuance to a staggering $19.07 billion for the period July 2017 to February 2018.

Saudi Arabia issued its maiden international $9-billion sukuk in 2017, with another offering due this year, thus bringing the total volume of sovereign sukuk issued by Riyadh between April 2017 and February 2018 to $28.07 billion.

Also in February, Indonesia issued the first sovereign green sukuk totaling $1.25 billion, the proceeds of which, according to the Indonesian Ministry of Finance, “would be used to invest in environmentally friendly projects such as renewable energy plants, green tourism and waste management”.

Dr Bandar Hajjar, president of the Islamic Development Bank (IsDB), the 57-member multilateral bank with a subscribed capital of $33 billion, would like to see sukuk become a common feature in the global market.

According to Dr Hajjar: “We have a real opportunity to realise the potential of Islamic finance and build a truly global marketplace, starting right here in the UK. Although the international sukuk market is in its nascent stages, there is enormous potential for growth. I truly believe that sukuk can change the world for the better; for investors, but also for the billions of people who benefit from the growth it drives.”

Sukuk has already made an impressive economic impact in infrastructure and more recently in green sukuk. These range from financing refineries, roads, hospitals, power stations and housing, among others. The G20, International Monetary Fund, World Bank, and the Basle Committee for Banking Regulation and Supervision have all recognised the potential and promotion of sukuk in financing infrastructure in Africa, Asia and the Middle East.

The IsDB alone has so far earmarked $2.5 billion of development finance for projects in member countries in 2018. In March, it mandated eight banks to arrange roadshows for its latest benchmark sukuk offering under a $25-billion programme.

Malaysia set the pace with the world’s first two green corporate sukuk in 2017, the proceeds of which will fund the construction of solar power plants in Malaysia. They were issued by Chinese-owned companies under the socially responsible sukuk framework, established by the Malaysian Securities Commission in 2014.

The IsDB’s ambition to globalise sukuk has been met with equal gusto by the UK’s Treasury economic secretary and City minister John Glen, who says: “Britain is open for business and our support for Islamic finance is a perfect example of our ambition to promote London as the financial centre of the world. We’re already recognised as the Western hub for Islamic finance and we’re committed to ensuring this continues.”

As such the £250-million debut sukuk issued by the UK-authorised Al Rayan Bank in February puts down a number of important markers. It is the largest sterling sukuk to date, the first bank in the world to issue a public sukuk in a non-Muslim country and the first Sharia-compliant residential mortgage-backed securitisation in the UK.