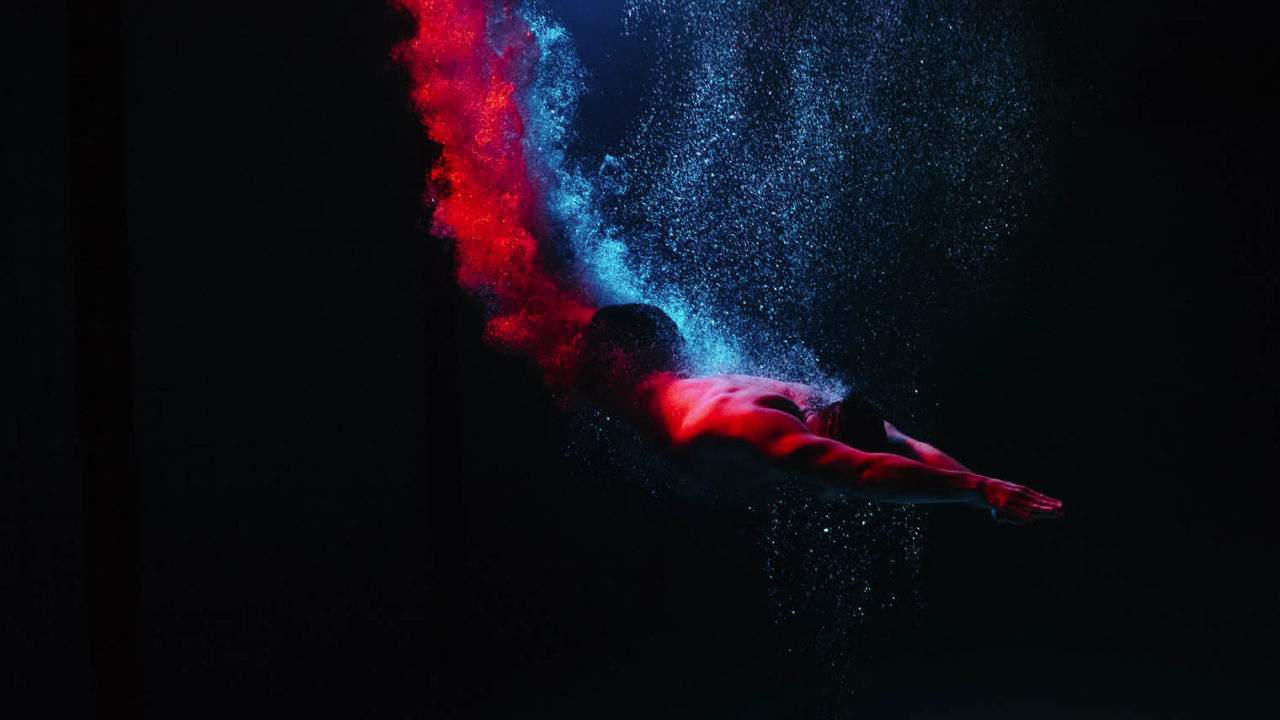 Business-to-business (B2B) payments matter as small companies live or die by their cash flow. Indeed, the importance of getting paid on time is one of the main reasons why small businesses are willing to shoulder the cost of card payments.

Before cards came along, onerous amounts of time and money were spent on chasing what was owed with written invoices. However, though card payments have brought benefits, the scourge of late payments, which puts 50,000 small UK firms out of business each year, according to HM Treasury, has not gone away.

When cash does not flow

“Our members face an absolute late-payments crisis,” says Craig Beaumont, director of external affairs at the Federation of Small Businesses (FSB). The figures seem to bear this out. At the end of 2018, 43 per cent of UK small and medium-sized enterprises (SMEs) had to deal with late payments and, on average, they faced a bill of £9,000 for recovering the money owed, according to the UK retail payments authority Pay.UK. The cumulative administration bill was around £4.4 billion.

At the moment, late payments are seen as a minor infraction. We want them to be seen as a public embarrassment

However, the problem ripples out much further than additional cost to one firm, though these can be very high, including bankruptcy. Affected firms can struggle to pay their own suppliers on time, which hits the economy as a whole. It’s often forgotten that SMEs employ around 60 per cent of all those in private-sector jobs in the UK, roughly 16 million people, and account for 52 per cent of private-sector turnover, according to the FSB. That is why any problems in B2B payments are more than just a hiccup.

Since the financial crisis, there has also been a notable increase in self-employment. According to the Office for National Statistics, 75 per cent of businesses had no employees apart from the owner(s) in 2018. Such firms find it particularly hard to deal with a lot of admin.

The FSB lays the blame for B2B payments woes squarely at the door of large businesses. It is not alone. The Forum of Private Business, a trade body representing around 25,000 SMEs, recently put out a to-do list for the incoming prime minister. Top of the 18 requests was to make 30 days a legal requirement for the payment of invoices once work is completed and provide the small business commissioner with the ability to fine consistently poor payers. However, ensuring big firms play by the B2B payments rules is not the only problem that needs solving nor, perhaps, the only way to help SMEs.

“There are a number of reasons for late payments,” says Sam O’Connor, chief executive of Coconut, which provides bank account, tax and accounting software to the self-employed. “For self-employed people who service small businesses, clients may have relatively immature finance processes and not be great at managing payments well. It can also be hard for a sole trader to stay on top of late payments, so some might slip through the net. Dealing with accounting and tax admin is low down on the list of priorities when you’re trying to run a business.”

Are account-to-account payments the next step?

Mr O’Connor says that one of the major hurdles in improving payments processing has already been taken thanks to the arrival of mobile point-of-sale (PoS) machines. “They have transformed how people get paid. Before that, it was either via invoice or cash, which are harder to manage,” he says. However, PoS machines still use cards, which come with fees.

The next step forward, Mr O’Connor argues, could be direct account-to-account payments that will “either eliminate or drastically reduce payment fees”. This will be made possible by open banking, the requirement that, if customers ask for it, banks must share account data with other financial services firms. Those firms can then use the data to offer payment services, including B2B payments.

Swoop, one of the fintechs recently awarded a £5-million government grant under the Banking Competition Remedies Scheme, aims to be a one-stop money shop for SMEs and sees payments as central to good cash-flow management, says the chief executive Andrea Reynolds. 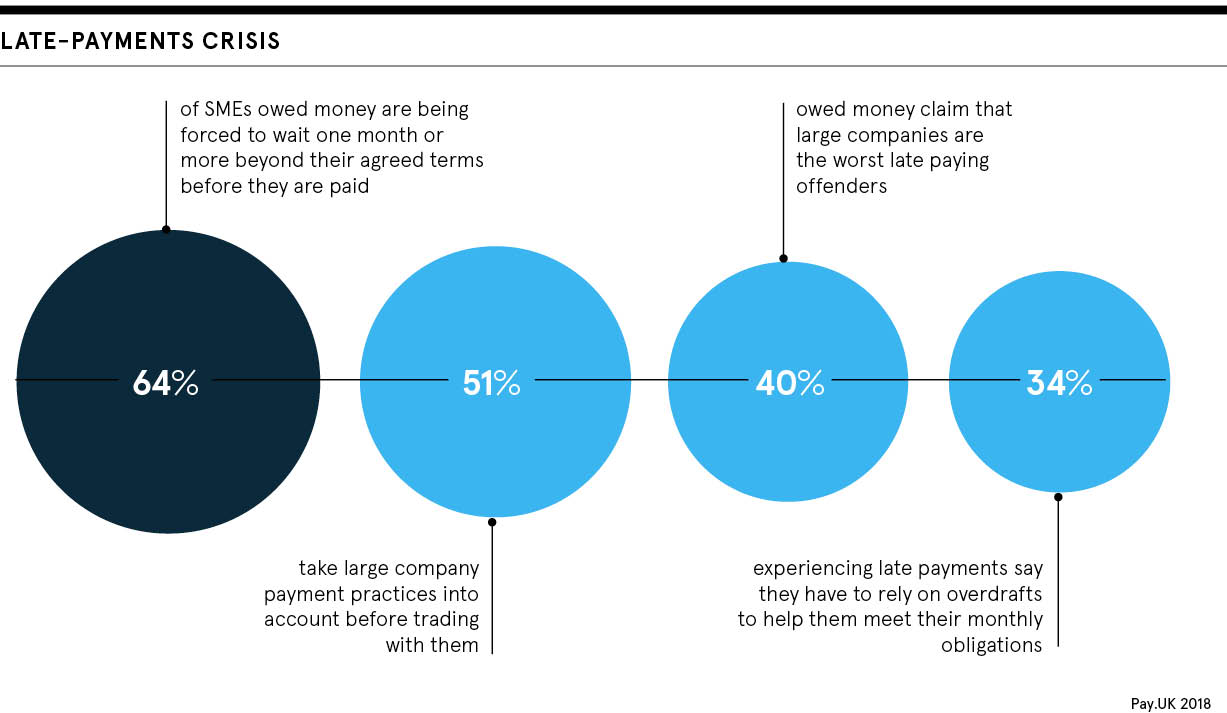 New technology alone is not enough

Ms Reynolds is bullish on the benefits data capture can bring via open banking, but warns “technology can only go so far”. There also has to be political will to make firms pay on time.

However, she says the ability open banking will give SMEs to see what they are being charged for B2B payments, to shop around and find new solutions to cash-flow problems is already making large banks much more engaged in offering new financing solutions as part of a wider marketplace. “Swoop has three live projects with banks at the moment. Banks are now looking at open banking as an opportunity, not just a matter of compliance,” says Ms Reynolds.

Banks are not the only large firms who see opportunities in B2B payments. The FSB’s Mr Beaumont points out that they took part in a roundtable with the Chancellor of the Exchequer in July, alongside PayPal and other firms. “At the moment, late payments are seen as a minor infraction. We want them to be seen as a public embarrassment,” Mr Beaumont concludes.