Donald Trump’s recent clumsy attempt to buy Greenland, the world’s largest island, was mocked by many on Twitter. But his interest in the semi-autonomous country within the realm of Denmark was not as absurd or preposterous as millions of keyboard warriors made out. After all, Greenland is a territory rich in minerals and is strategically located between North America and Europe.

But for many Arctic watchers, it wasn’t really about Greenland. Rather it was about announcing America’s intentions to gain a strategic foothold in the Arctic and take advantage of the polar sea routes which are fast emerging as the Arctic ice cap starts to recede.

However, America is a relative latecomer to the region. Russia, and China got there long ago and have already announced their intention to build the critical infrastructure needed to support the Northern Sea Route, which connects north-eastern Asia with northern Europe via Siberia.

China and Russia: two polar powers on the rise?

Dr Marc Lanteigne, an expert on the politics of the polar regions, says that in the absence of two consecutive US administrations showing interest in the route, Russia and China’s relationship “has often been viewed as a marriage of convenience with China supplying the money and Russia leading on logistics, but relations between the two states in the Arctic are getting closer”.

He thinks the United States’ failure to adopt an active and coherent policy in the Arctic is a mistake. The Northern Sea Route may not be the most crucial objective in China’s ambitious Belt and Road strategy, but it is important for Chinese economic interest and relations with Russia.

“China knows that the potential for shipping is profound. A vessel heading for Europe from Shanghai could cut several thousand kilometres off the southern route by using the Arctic waterway instead, which would represent a huge cost-saving,” says Dr Lanteigne.

But making this Arctic run has its challenges. “China has been very vague as to where the Northern Sea Route begins and ends,” he says, adding that navigating the channel is far from easy, very expensive and only possible for three to four months of the year.

Until stopover stations are built, such as a potential deep-water port at Arkhangelsk, north-eastern Russia, few ships can make the journey. He says that only 27 ships, many of them cargo and research vessels, took the route in 2018. So why is China prepared to invest so much money into developing the Northern Sea Route?

Dr Lanteigne explains: “Both China and Russia are prepared to play the long game. They know that sea ice is retreating at record levels and in 20 or 30 years the route will become much more useable. As an added contingency measure, in addition to the ports and railways they wish to develop, both are investing in ice-hardened liquefied natural gas container ships and state-of-the-art icebreakers. Russia has more than 40 of them while China owns two icebreakers. America, in contrast, has just one capable of polar missions; it is over 40 years old and is in a state of disrepair.” 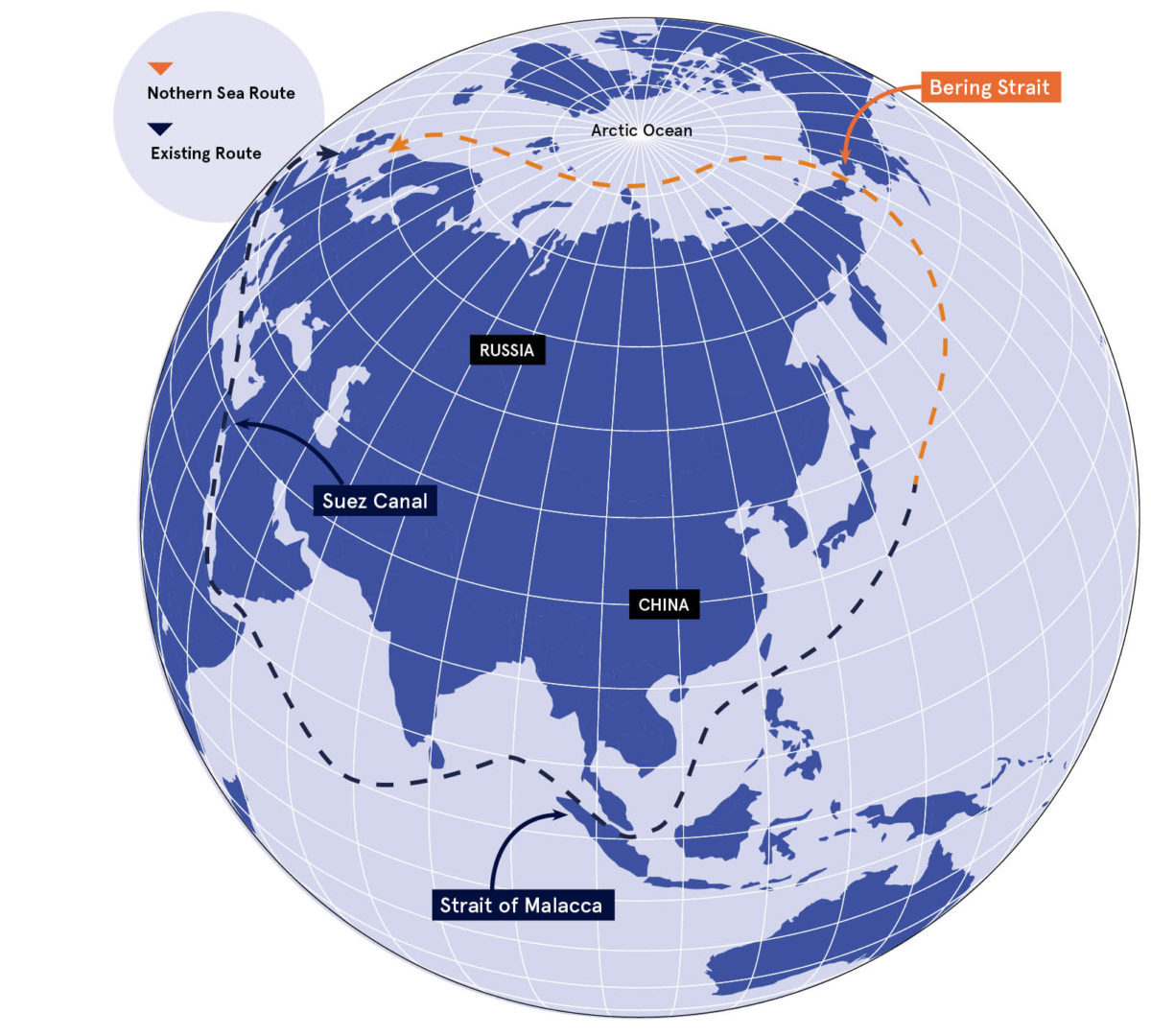 Can the route challenge the world’s busiest waterways?

But not everyone agrees that this potentially more expedient route will rival long-established waterways such as the Panama Canal. Andrew Holland of the American Security Project believes that the cost of shipping is relatively insignificant when it comes to exporting goods. He adds that it is certainty that commercial operators most value.

“The Arctic is not a predictable environment. Conditions can be hazardous, even in the height of summer. Therefore, while shippers may send oil, natural gas and coal this way, they probably won’t risk transporting assembled goods for the just-in-time manufacturing market through the Arctic any time soon,” he says.

Both Dr Lanteigne and Mr Holland think China and Russia’s actions are as much motivated by geopolitics and national security as they are by global trade.

Mr Holland says: “The Chinese are most interested in the Northern Sea Route, not to export goods, but to import them. China is particularly reliant on hydrocarbon shipments. It knows too that in a time of conflict, the US Navy could easily close the Strait of Malacca, which would strangle its economy.”

Russia and China in charge

But in peacetime, however fragile it may seem, Dr Lanteigne says it is the Russian-Chinese alliance calling the shots.

“The Russian government has also decreed that any shipper using the route must declare its intention to do so 45 days before passage, present a cargo manifest and allow a Russian observer on board,” he says.

“Furthermore, because this sea route is within Russian waters, Russia is saying that under the UN Maritime Law of the Sea, it has exclusive rights to develop the area. America disputes Russia’s claim and has referred to Russia’s policy around the Northern Sea Route as illegitimate.”

So, who’s right and who’s wrong? Professor Andrew Serdy, a maritime law expert at the University of Southampton, says as the vast majority of the route is in Russian internal and territorial waters, international law is on Russia’s side.

He explains: “The US argues that the Northern Sea Route is a series of straits used for international navigation. Contrary to other nations, the US also interprets the word ‘used’ to mean ‘usable’. Therefore, it believes this means a different regime applies, one more favourable to navigation in the law of the sea. As this passage has not been utilised until now except under Russian control, though, it doesn’t come under that special regime. Therefore, this gives Russia the right to control the Northern Sea Route as part of its own territory.”

Whether America is prepared to let Russia and China continue to press home their advantage is another question. Over to you Donald.

The Northern Sea Route, which links northern Europe to north-east Asia, is just one of three passages that Arctic countries and a host of non-polar nations are looking to exploit, according to Dr Marc Lanteigne, expert in Arctic security.

“Up until 20 years ago, the North-West Passage, a trans-Arctic waterway claimed by Canada as internal waters, would have been seen as impossible to breach. Now, however, with global warming making an impact, a handful of cruise ships have begun using the route for a few months of the year. In two decades’ time, we could see it being used more extensively,” he says.

But the most lucrative route, says Dr Lanteigne, is the central Arctic route, which currently is a “purely hypothetical passage”.

“If the ice caps continue to melt, in theory it would be possible to send a ship right through the heart of the North Pole in summer, which would be the most time-efficient and cost-effective route by far,” he says. “Whether any of these routes will rival the Panama Canal in 30 years’ time is the question of the hour and one that no one can answer.” 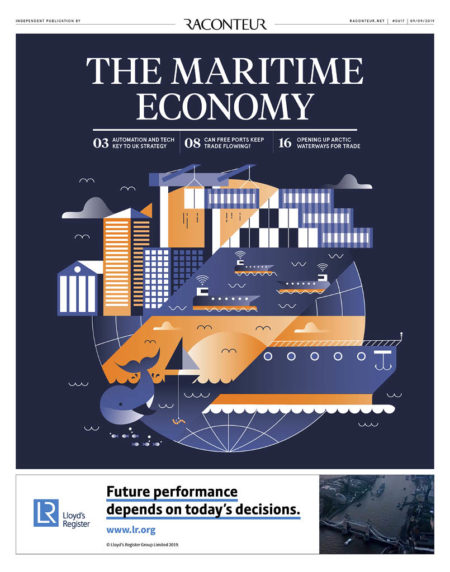