Smart way to get ahead in lettings and sales business

The UK rental market is enjoying a period of strong and sustained growth, presenting opportunities for tenants, landlords and the lettings agents.

According to Belvoir, the country’s most highly regarded lettings and estate agency franchise, the average monthly rent recorded in the UK, excluding Northern Ireland, for the fourth quarter of 2015 was £771, an increase of 3.5 per cent on the same quarter in 2014. Meanwhile, despite tax changes introduced by the government, interest in becoming a landlord continues.

Letting agencies are also benefitting from strong demand, with those that have a strong brand image and a reputation for excellent service well positioned to weather any downturn in the market. 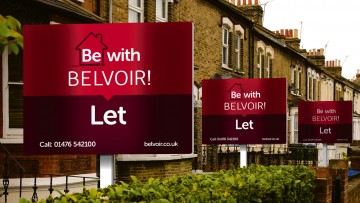 Franchising has long been the route to business success in many market sectors, but now a growing number of entrepreneurs and innovative businesspeople are discovering that this tried-and-trusted commercial model can be applied to property with extremely positive results.

Belvoir, which has more than 210 outlets nationwide and has been named Lettings Franchise of the Year in 2010, 2012, 2013, 2014 and 2015, has seen a significant increase in demand for its franchising opportunities. It has also just been named by the London Stock Exchange as one of the 1,000 companies to inspire Britain.

Franchisees get an established, highly respected brand and all the ongoing support, help and advice of a team of people who know the property business inside out.

The appeal of Belvoir, which has a 20-year track record of success in the business and now manages more than 37,000 residential properties across the UK, lies in its particular approach to franchising.

“From the very start, our business has been based on an exceptional level of customer service which means that clients are satisfied over the long term and remain loyal,” says Mike Goddard, who with his wife Stephanie set up the business in 1995. “Now we take that same approach to our franchisees. Their success is our success.”

The Belvoir franchise model offers distinct, practical advantages to those wanting to start out or develop their careers in the property business. It’s attracting franchisees because its system is simple, transparent and cost effective. New franchisees pay an upfront fee of £22,500 to cover its intensive training and mentoring programme. An ongoing management service fee of 12 per cent of franchisee revenue is used to run the central office and invest in the business, thereby benefitting all franchisees.

Training is central to Belvoir’s success. All new franchisees undertake an induction course that can lead to a BTEC Level 2 qualification before opening their outlet. Continual professional training and development is provided both at central office and via webinars for those who prefer online training.

Belvoir franchisees also appreciate the high level of individualised support the company offers. Each franchisee has a dedicated business mentor, who works closely with them to develop their business. Further advice and support is available from central office in specialist areas, such as legal, IT, compliance and marketing.

“Our franchisees benefit from the back-up and support associated with a large corporate network while operating their own business with the entrepreneurial drive of an owner-manager,” says Mr Goddard. “This means they will go the extra mile to provide an excellent service to their customers.”

Importantly Belvoir is a “capital” and not an “income franchise”. So as well as enjoying an income from the business, when franchisees come to sell, the business is valued on a multiplier of turnover rather than profit – a larger amount – thanks to the consistent nature of the income from a lettings portfolio.

Such has been the success of Belvoir’s rental business it has just launched a sales division, which is also rapidly attracting interest. Previously franchisees would start with lettings only before acquiring a sales franchise alongside it. Now they can start their Belvoir franchise business with both lettings and sales simultaneously.

“The market is growing and so are the opportunities that it offers, but only if those determined to make a career in it have the necessary support,” says Mr Goddard. “I believe that’s why more and more ambitious, energetic businesspeople are choosing to work with Belvoir.”

‘I SOLD MY BUSINESS FOR £1 MILLION’ 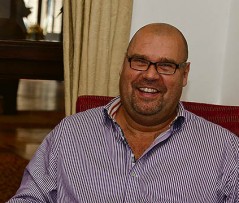 Rick Flay launched Belvoir Sheffield in 2006 as a “cold start” in a serviced office. Nine years later he sold his business for £1 million. “The support I received from central office in the beginning was superb,” he says.

Mr Flay, who built up the business with the support of his wife Val, had worked in the property sector while living in Australia. Back in the UK, he started looking for business opportunities and saw a reference to Belvoir in a franchise magazine.

“In just five months I had made my first inquiry to Belvoir, I had completed my induction training and launched Belvoir Sheffield,” he says. “At any point, if I needed help in any areas of the business, this was always available to me from various members of the franchise support team at central office.”

Dorian Gonsalves, Belvoir’s managing director, says: “Rick has also achieved extraordinary profit margins. Adding a sales service in 2014 to their offering was a milestone that supplemented a natural extension to this already thriving property lettings service.

“Now is a very exciting time for anyone who is contemplating joining the Belvoir network, whether this is to launch a cold-start business or to buy an existing one as a resale.”