How to raise funds to start a franchise

Buying a franchise may be the biggest financial investment many people ever make. Despite this many do not fully understand the funding options or process and, as a result, may find their business never gets off the ground – or is more likely to fail.

Franchises often make funding look easy, but the full investment is not always obvious. Richard Holden, head of franchising at Lloyds Banking Group, says: “There is no standardisation across the franchise media regarding advertised investment levels, which can be confusing. You need to know the likely total investment costs including all equipment and working capital needed. Ask the franchisor for a full breakdown of the investment.” 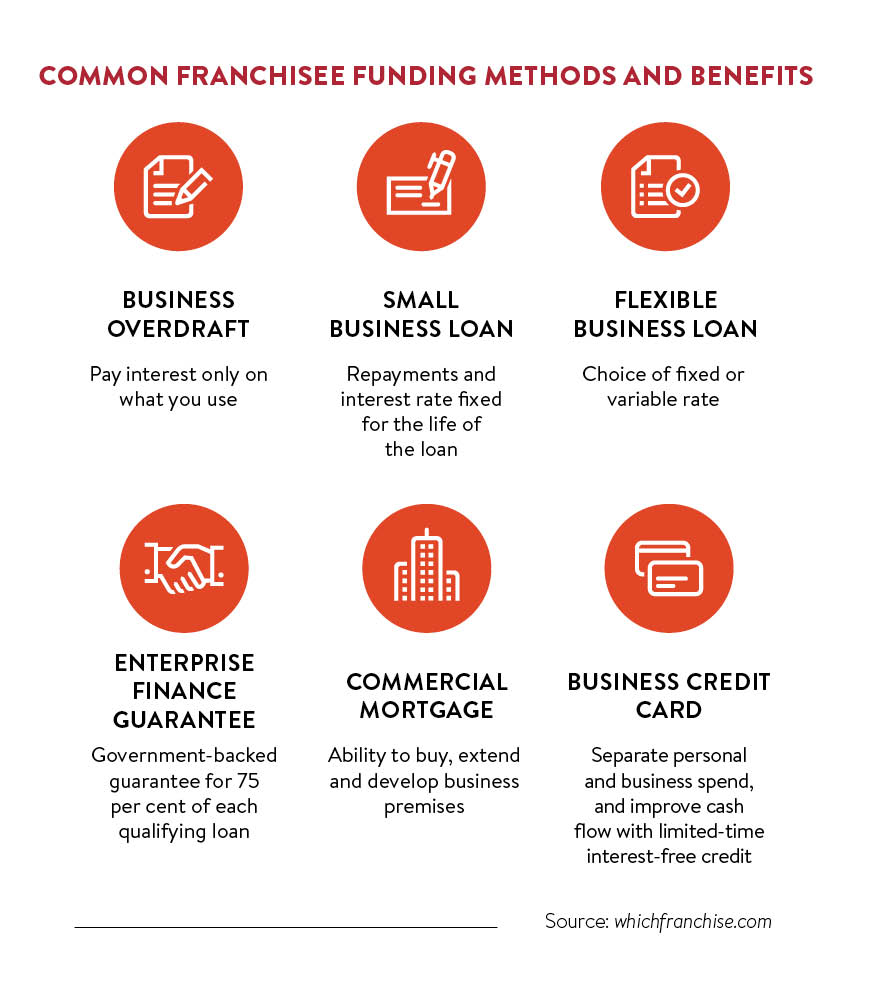 As well as the initial franchise fee, the total should include working capital to pay the bills for both business and franchisee until the franchise turns sufficient profit, which can take 18 to 24 months.

Weighing up the options

So what are the funding options? A minority of franchisees use savings, windfalls or redundancy payments. This avoids repayments depleting income, but can be a mistake if it means funding is tight. “Under-capitalisation is one of the biggest reasons businesses fail. In many cases, a few extra thousand in working capital could have saved them,” says Mr Walsh.

For an established franchise, most of the major banks will lend up to 70 per cent of the startup costs; for new franchises, the figure will be 50 per cent

Around 60 per cent of franchisees borrow part of the investment. Some use remortgages or personal loans – technically not permitted by banks for funding businesses – or business loans. Alternative sources such as peer-to-peer lender Zopa will consider personal lending to start a business, but interest rates may be higher.

Most franchise funding comes from the franchise lending arms of RBS, NatWest, HSBC, Lloyds or Metrobank. They have established relationships with franchises and franchisees seeking funding will be referred to a partner bank, though they are not obliged to use it

So what kinds of deals are available? Cathryn Hayes, British Franchise Association head of business support and former head of franchising at HSBC, says: “For an established franchise, most of the major banks will lend up to 70 per cent of the startup costs; for new franchises, the figure will be 50 per cent.”

The lending process can be complex. “Whether and how much a bank lends depends on factors including its current exposure to a franchise, its track record, the business plan offered by the franchisee and the franchisee’s personal credit history,” says Mr Walsh.

The business plan is critical to funding. Franchisors usually offer business-plan templates to franchisees, but the completed plan must be the work of the franchisee. Dave Lister, director at property search service franchise X-Press Legal Services, where the total investment is around £45,000, says: “We want to see a business plan before we accept a franchisee and often it must be changed twice before we can accept it. Almost all neglect to include a marketing budget. We welcome prospective franchisees asking for guidance with the plan because it increases their financial understanding.”

Lending policies and interest rates vary among banks. Mr Walsh warns: “If you are turned down, find out why and if possible rectify the problem before trying elsewhere.” 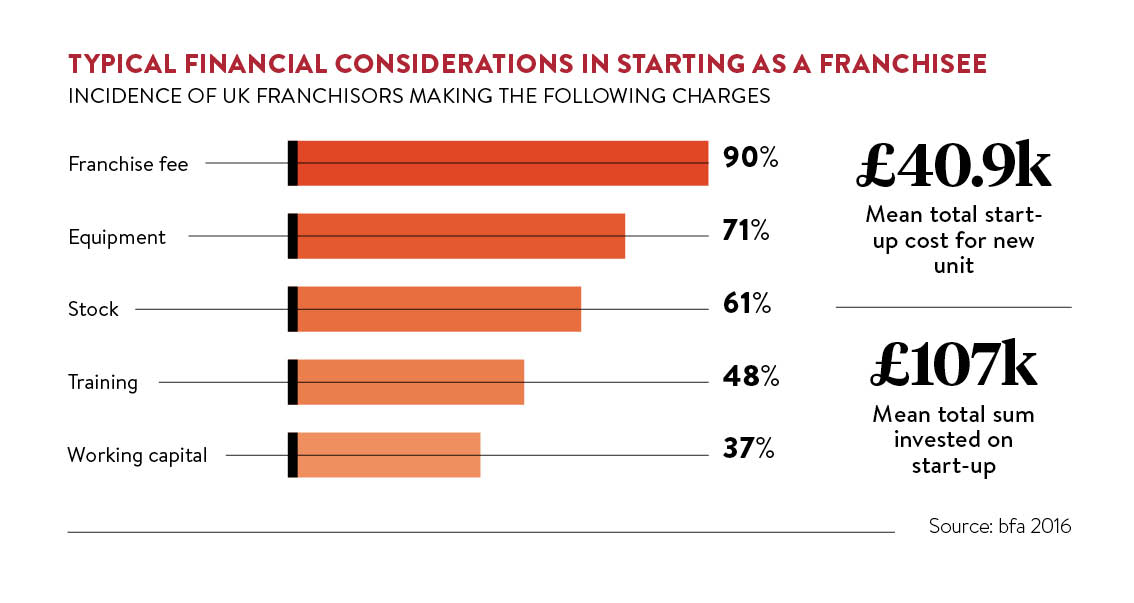 Hawking a proposal round banks generates a credit search each time; numerous searches decrease the chance of success. Mr Lister says: “Check your credit history in advance. All lenders look to see that you make all repayments on time. Ensure the information on your credit file is correct – even a small mistake in your details could mean a refusal.”

For loans above £25,000 to £30,000 security is required, usually in the form of a charge against the borrower’s home, based on the equity in it. This is often lower than borrowers expect. “The banks base the value of the house on what it would fetch as a distress sale, which is less than the market value, so the equity figure is lower,” says Mr Walsh.

Alternatively the government Enterprise Loan Guarantee Scheme will guarantee the bank 75 per cent of the loan, but will add 2 per cent to the loan repayments.

Lease funding can also be used to raise funds against assets. At gym franchise Anytime Fitness, franchisees typically fund the £110,000 investment with a mix of bank lending plus lease financing for equipment.

Ben Black, former accountant to the franchisees and now a franchisee himself, says: “Lease finance means the franchisee pays for the equipment from the money it brings in and payments are tax deductible.”  Lease financing is also available to fund gym security systems, IT kit and door access control technology, and Anytime Fitness franchisees are excused the usual 10 per cent deposit because the finance houses know the franchise.

Other forms of finance include the government-funded Start Up Loans scheme which provides access to low-cost unsecured loans.

Funding business expansion for an existing franchise can be easier. Mr Walsh says: “Franchisees should apply to a bank that knows their business, but the bank will still prefer to see the franchisee supply 30 per cent of the funding.”

At Anytime Fitness, general manager Brett Edwards, says: “Franchisees looking for expansion funding may get better rates from banks with six to twelve months’ experience of their business. We are also seeing franchisees form groups so that their fitness clubs enjoy a higher combined capital value and profits, which brings a better deal when borrowing.”