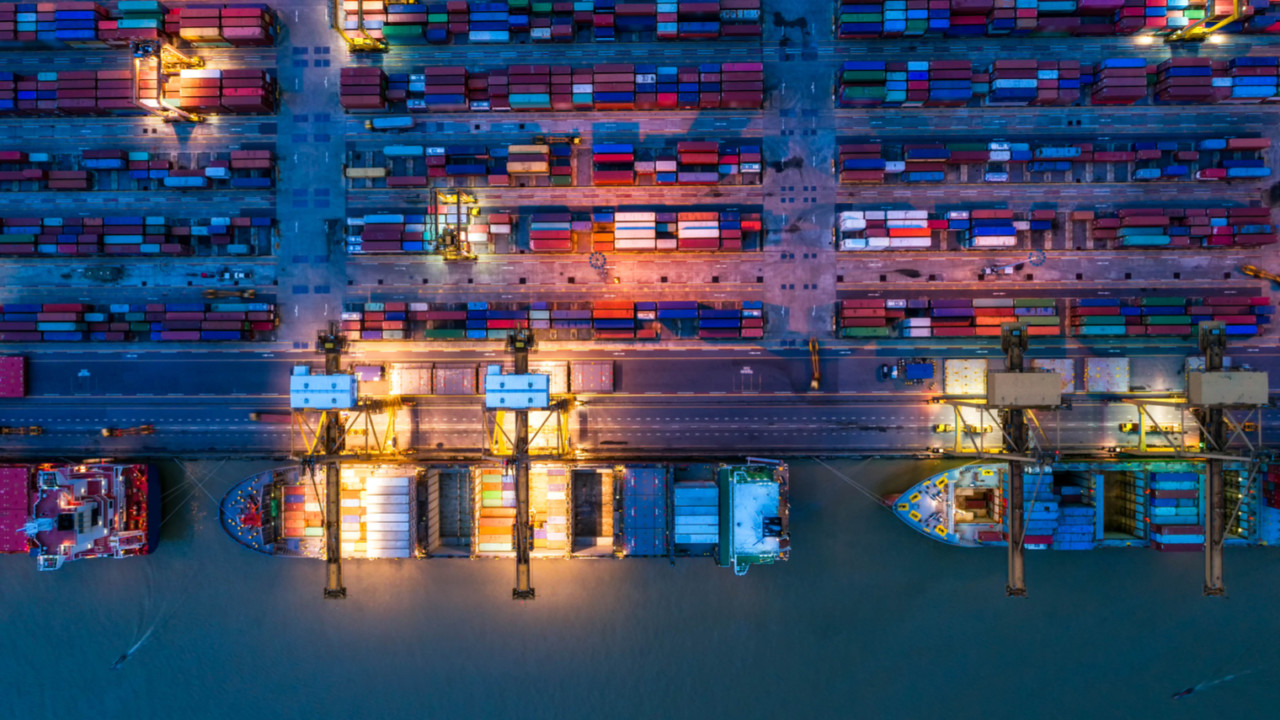 “First came denial by incumbent institutions. Banks said, for a long time, this isn’t happening,” says Bart Ras at Greensill Capital in London, recalling the arrival of blockchain technology in the trade finance industry. “Second comes anger, where I believe we are now. The third phase will be acceptance.”

Blockchain, or distributed ledger technology (DLT), the shared record of transactions that is maintained by a network of computers on the internet, is best known for underpinning cryptocurrencies such as bitcoin. In recent years, banks, fintechs and corporations have embarked on hundreds of partnerships and pilots, and now blockchain is on the cusp of transforming the billion-dollar trade finance sector too, one of the most antiquated corners of the banking industry.

Trade finance still relies on traditional, paper-intensive processes. Bills of lading, the paper proof that goods have been shipped, and letters of credit, the bank’s guarantee that it will step in if a vendor isn’t paid, are essential documents. Add title papers, quality and quantity certificates, and customs forms to the paper trail and it’s no surprise bureaucracy and inefficiencies mean companies can wait weeks for payment.

Blockchain digitises these documents, which are then stored, together with every other detail from a product’s ocean progress to its sustainability credentials, on a shared ledger that is visible to all in the supply chain. Blockchain is also immutable because it can’t be changed, reducing the chance of goods being tampered with. It guarantees a provenance that would have prevented Tesco’s horsemeat fiasco or the warehouse receipt scandal at China’s Qingdao Port when criminals used false warehouse certificates to pledge metal as collateral for multiple bank loans.

The technology also includes smart contracts. These computer programmes, run on the ledger, execute payments automatically as goods progress around the world once certain conditions are met. Presently, an arduous system involves invoicing, buyers checking goods on arrival and instructing a bank to make a payment. “Smart contracts do all this on their own based on conditionality. It will reduce overheads in transactions,” says Mr Ras, who is also a research fellow at Windesheim University of Applied Sciences in the Netherlands.

Blockchain is the perfect technology for supply chains because the data isn’t centralised. Like complex supply chains, which link hundreds of different companies and elements, blockchain isn’t built around one dominant or clear owner. On blockchain’s decentralised system, although all the data is in the block, people can choose what they share. The creator of the data can cryptographically lock the data entirely, leave it open or make it available according to certain conditions they choose.

This is important because suppliers, for example, wouldn’t want to sign up to a system that meant their buyer could see where, and at what price, they purchased their goods. With blockchain if a supplier is happy for a buyer to see where their goods are coming from they can reveal it, but only if they want to.

Trade finance banks have welcomed blockchain’s arrival. It gives them visibility on what they are financing and lowers their reputational and regulatory risk, just when stiff financial penalties from regulators have muted their appetite to finance trade.

“The biggest fans of digital ledger technology are financial crime and compliance teams at banks,” says Shona Tatchell, chief executive and founder of Halotrade, a fintech specialising in using blockchain to increase trade finance for sustainable trade. A recent survey by the International Chamber of Commerce found continued unmet demand for trade finance.

She believes banks are also set to gain because blockchain will increase financing opportunities. If companies have visible and open supply chains, the credit risk is lower, meaning more bankable names. Supply chains pose risks even to the most robust brands, like the bad publicity Apple suffered in 2010 following suicides at Foxconn, its biggest supplier in China. Primark paid out millions following the Rana Plaza tragedy in Bangladesh in 2013 when the building housing garment factories it used collapsed.

But the new transparency in trade will also draw other providers of capital into trade finance, increasing competition and driving down bank margins. Some fintech providers are posing a threat to banks in this respect. Skuchain, a Californian-based blockchain platform, offers inventory finance as an incentive for companies to join its platform. It offers this asset-backed lending, which allows businesses to use inventory as collateral to obtain credit, through its own special purpose vehicle or SPV.

“We buy inventory from suppliers in the blockchain, then when buyers are ready to use it, we sell it to them,” says Skuchain’s Rebecca Liao. The SPV is financed by a commercial bank, so banks have a role to play, but they are not financing trade directly.

However, regulation is stalling fintech’s march; banking requires licences few have. It’s why banks and tech providers are partnering to pool technology and market access, like the recent hook-up between IBM and seven of Europe’s biggest banks to build a DLT platform for small and medium-sized businesses to trade across.

Blockchain holds a host of challenges. Supply chains are complex and its success depends on creating an ecosystem that combines all the different stages of trade from raw material production to supermarket shelf, not just individual companies or organisations.

“Blockchain needs multiple touchpoints with people who may not have worked together,” says Ms Liao. Large companies won’t participate without legal and regulatory underpinning, and banks face a long and expensive journey swapping their legacy IT systems for blockchain.

Explaining the concept is one of the biggest challenges, but Halotrade’s Ms Tatchell has an answer for that. “Do people need to know exactly how it works?” she asks. “Do people ask how the internet works? No, they just use it.”

The idea that sustainability issues blighting the tea industry, such as child labour or land and water management, could be solved by blockchain is difficult to fathom. But a pioneering pilot, combining trade finance banks, blockchain technology and a handful of multinational companies, is proving the link. In the first pilot to combine blockchain’s ability to log sustainability in supply chains with access to trade finance, the technology is being used to track and trace parcels of Malawian tea every step of its journey from bush to brew through processing and packaging processes, to the supermarket shelf. Next, banks involved in the pilot reward evidence of sustainability, logged in the blockchain, with preferential access to credit for Malawian farmers and co-operatives. It means cheaper working capital for these smallholders, enabling them to boost investment and productivity, and spend more on sustainability. “The better producers score on sustainability, the lower the price at which the bank funding is released. This creates a lever which you can pull,” says Shona Tatchell, who left a distinguished career in Barclays trade finance division to set up Halotrade, one of the fintechs behind the pilot. “My vision is to move away from supply chains, which have a level of obscurity and opaqueness, and create something more akin to a trust circle.”