In the space of a year, cryptocurrency trading has moved from a fringe activity to a strategic goal for some firms. Now is the time to invest in market data feeds… 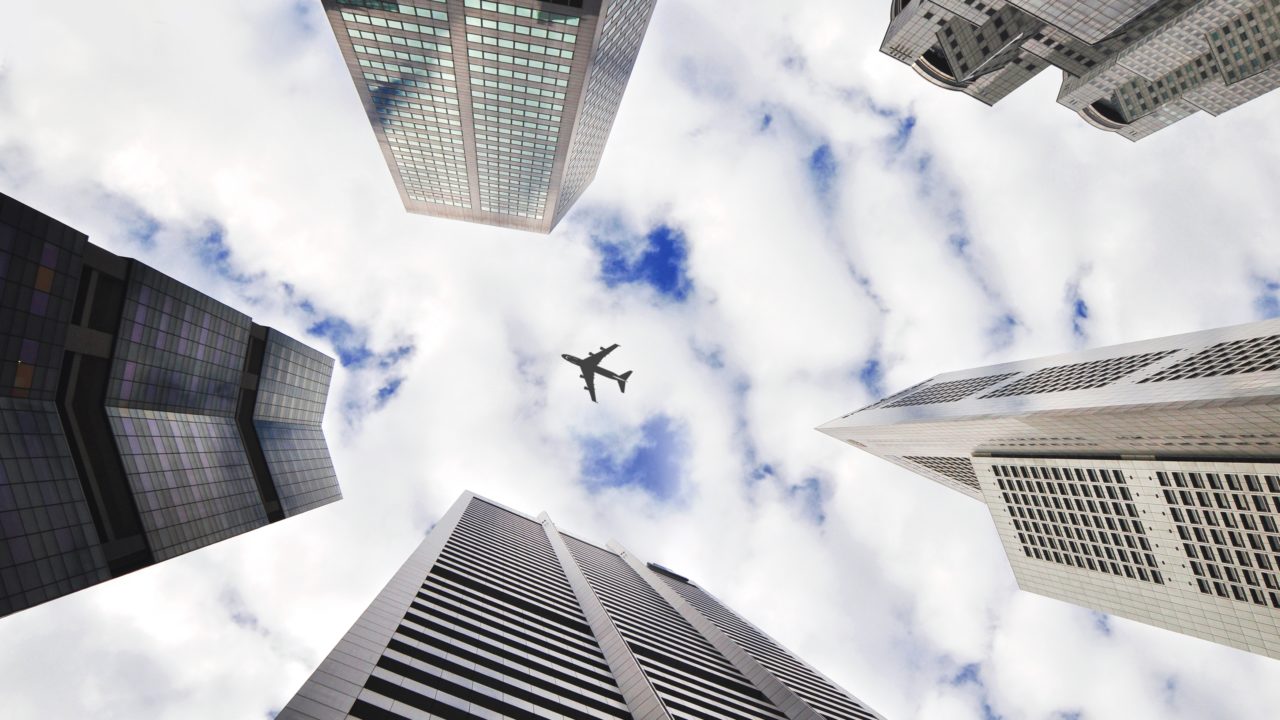 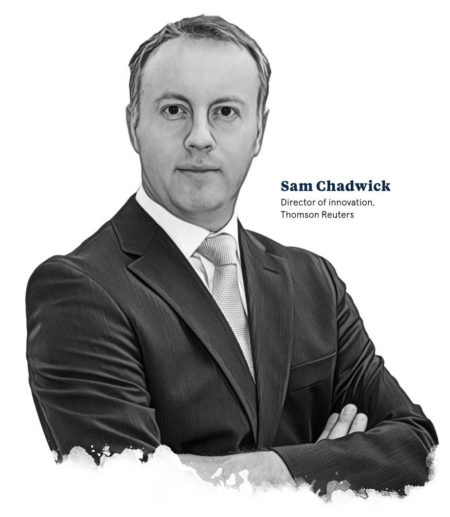 In January 2017, we at Thomson Reuters informally surveyed our financial services clients to determine the level of interest in cryptocurrencies, but the majority of firms still had little or no interest at all. Bitcoin was largely seen to be a bizarre alternative currency, and few traditional market participants had any interest in trading crypto assets.

A year later, in early 2018, we carried out a more formal survey of nearly 430 professional clients active on our flagship cross-asset trading platforms, which include Eikon, REDI and FXall. The results were startlingly different. We found one in five respondents are now considering trading cryptocurrencies over the next three to twelve months.

This represents a landmark shift of mindset, driven largely by the dramatic surge in the value of bitcoin in late-2017. The currency’s rise to nearly $20,000, followed by multiple falls and rebounds, represents an unprecedented market event that showed cryptocurrencies are finally coming of age. For those investors seeking alternative sources of return, it is no surprise that bitcoin, ethereum and other cryptocurrencies have suddenly become flavour of the month.

It would be all too easy to dismiss the hype as a bubble that is bound eventually to burst; but asset bubbles typically tend to inflate only once or twice before they burst. By contrast, the value of bitcoin has surged multiple times since its creation, and every time it retrenches, it doesn’t quite fall as far as its previous low.

In short, cryptocurrencies are beginning to behave more like real currencies, and market participants are taking them muchmore seriously. 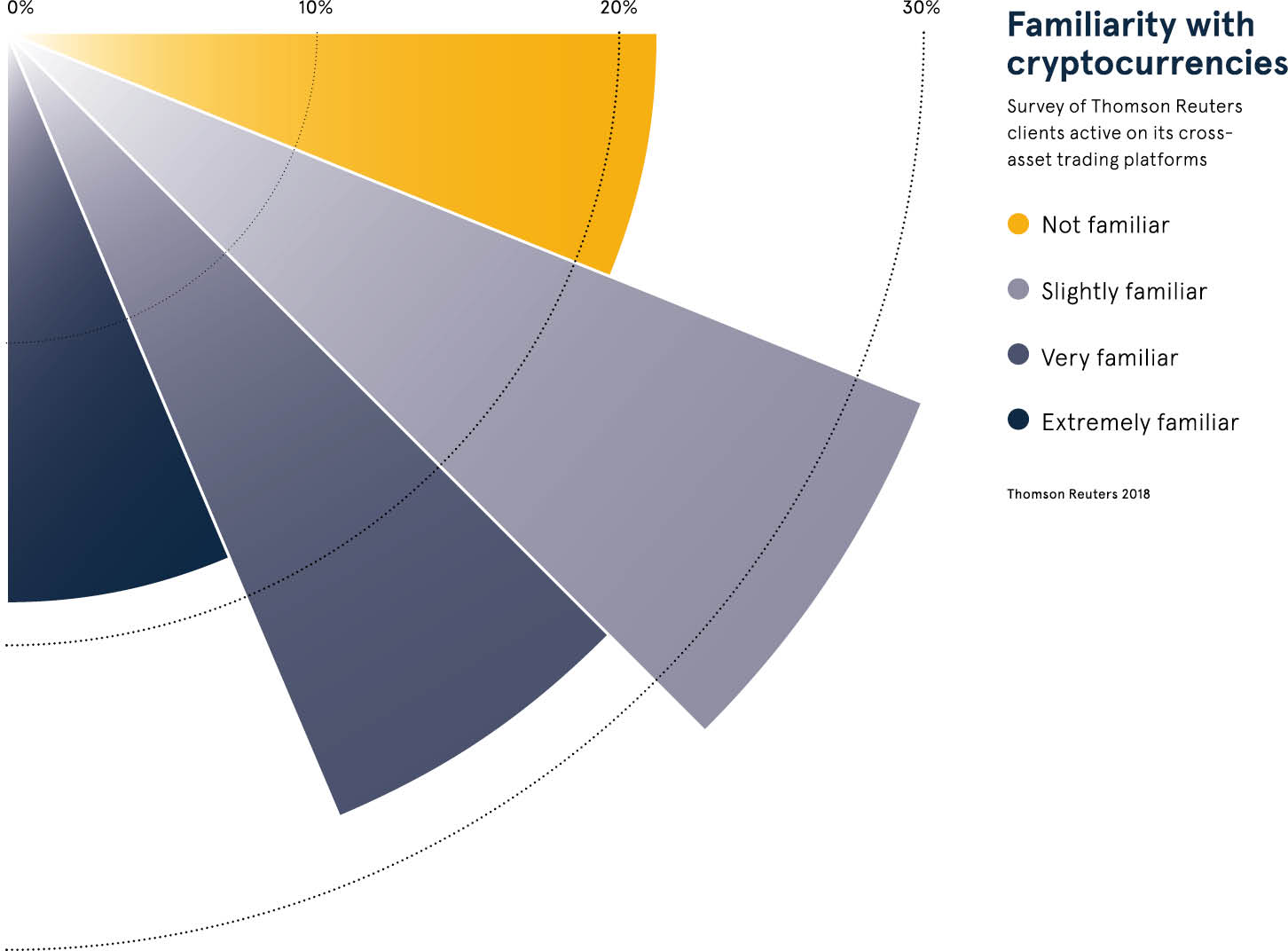 Of those respondents planning to trade cryptocurrencies in 2018, roughly 70 per cent said they would do so over the next three to six months, while a further 22 per cent plan to over the next six to twelve months, which suggests overall turnover in crypto assets is likely to rise significantly this year. Meanwhile, 80 per cent of respondents claimed to be familiar with cryptocurrencies, highlighting the growing level of awareness of what the market has to offer.

Given this is a space that financial market practitioners are clearly interested in, the appropriate infrastructure must be developed to support the inevitable uptick in trading of these assets. Good quality market data and intelligence is needed to give investors the information they need to make profitable trading decisions, and this is something on which Thomson Reuters is actively working.

Such services should not focus solely on the largest and most popular cryptocurrencies, however. While bitcoin and ethereum may be the most actively traded assets at this point, our survey indicated that many investors are also interested in other coins, some of which are still very small. Investing in multiple types of cryptocurrency could either be a means of speculation or a way of distributing risk across multiple assets.

Just as some traditional funds focus on initial public offerings, we now see rising demand for initial coin offerings as a means of investing in the primary issuance of the token rather than the secondary market. Equally we have found some participants have no interest in trading underlying cryptocurrencies, but suggested they would access crypto exchange-traded funds, as and when they become available.

One of the most fundamental requirements to support tradingin any asset is a reliable market data feed, and cryptocurrencies areno exception.

The unique nature of blockchain means that cryptocurrencies require a specially designed feed, known as an ‘oracle’. When a smart contract operates on the blockchain, it doesn’t have access to data and information that sits outside the blockchain, so the oracle must be able to feed this information in.

In the simple example of a weather derivative, a smart contract might take five tokens each from two counterparties betting on whether it will rain, and the accumulated ten tokens would go to the party that accurately predicts the weather. But the blockchain-based contract has no way of determining whether it rains, so it would be up to the independent oracle to provide that critical data to the blockchain, thereby deciding the outcome of the trade.

The market data oracle is a fundamental part of the market structure for cryptocurrencies, and Thomson Reuters last year became the first large company to make an oracle available for commercial use. After extensive development early last year, welaunched BlockOne IQ in June 2017 and have already engaged more than 100 clients.

Operating on Corda, Ethereum or Quorum, BlockOne IQ allows users to incorporate our independent market data – which covers multiple asset classes including equities, FX, corporate actions and crypto prices – into their smart contracts. Because a blockchain cannot access or verifymarket data independently, the oracle needs to come from a trusted, reliable provider such as Thomson Reuters.

When JP Morgan and the National Bank of Canada jointly tested blockchain in April 2018 with floating rate debt issued via Quorum, the requisite market data was provided by BlockOne IQ. We anticipate there will be more public transactions that leverage the oracle in the months ahead,but this high-profile deal shows the kind of transactions already being facilitated through this evolving infrastructure.

As a market-leading provider of news, data and trading capabilities, Thomson Reuters has been at the forefront of many major transitions in the past, and while cryptocurrencies still represent only a small fragment of financial market trading, our research suggests this will continue to grow. We are excited to be already delivering the infrastructure that will support that growth.