The co-founder of crypto platform CryptoCompare analyses the biggest cryptocurrencies by market capitalisation, and cherry picks a handful of emerging tokens linked with interesting and unusual projects 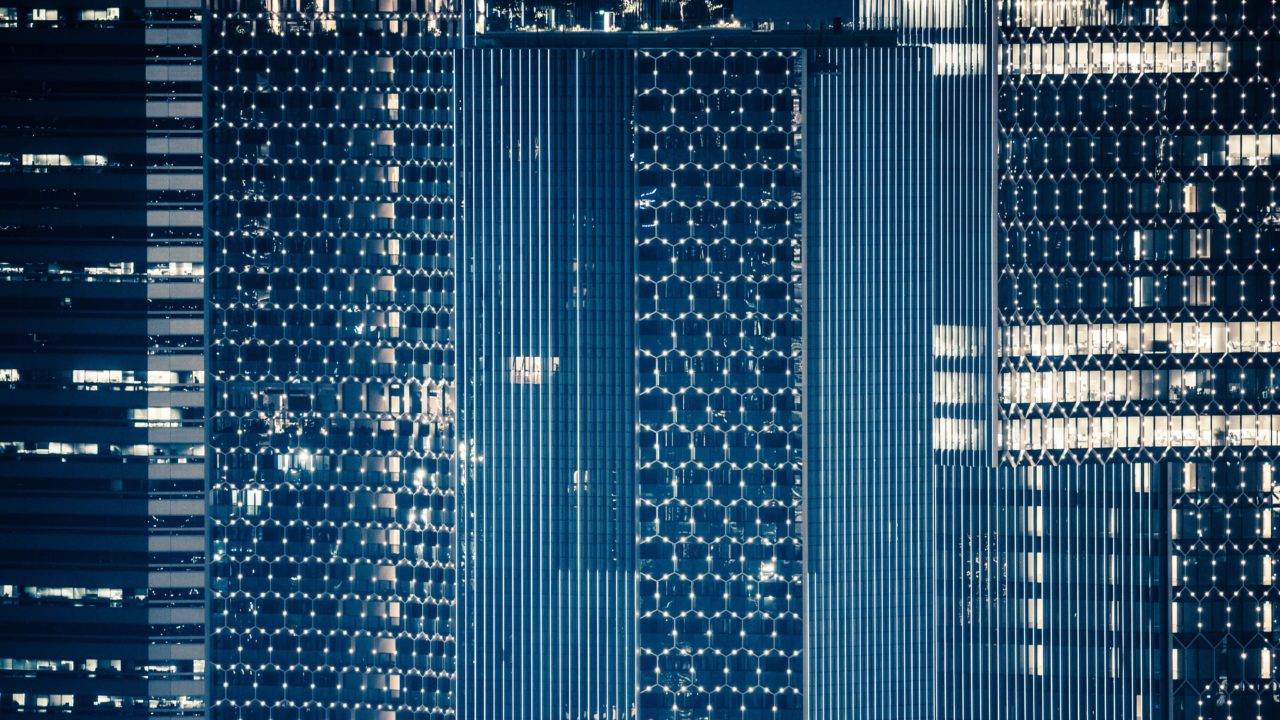 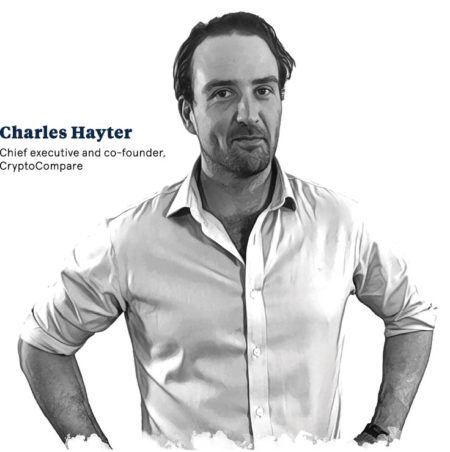 Bitcoin, the first decentralised cryptocurrency, uses peer-to-peer technology to operate with no central authority or banks; managing transactions and the issuing of bitcoins is carried out collectively by the bitcoin network. There are currently just over 17 million bitcoins in existence but many are lost forever. Less than four million are programmed to be “mined” in the coming century.

Ethereum is a decentralised platform that runs smart contracts – applications that run exactly as programmed without any possibility of downtime, censorship, fraud or third-party interference. In the Ethereum protocol and blockchain there is a price for each operation. The cryptocurrency is called ether and is used to pay for computation time and for transaction fees. The network went live in July 2015 and has given rise to hundreds of dApps (decentralised applications) such as Golem and Basic Attention Token.

Ripple is a distributed network, meaning transactions occur immediately across the network. And, as it is peer to peer, the network is resilient to systemic risk. XRP, the token of Ripple Labs, isn’t mined – unlike bitcoin and others – but each transaction destroys a small amount of XRP that adds a deflationary measure into the system. Ripple Labs’ software is starting to be adopted by banks but the native XRP token has yet to be used by financial institutions on a significant scale.

Bitcoin cash – an “altcoin” that “hard forked” from the Bitcoin blockchain ledger – is similar to bitcoin in terms of its protocol (“proof of work” hashing; supply of 21 million tokens; same block times and reward system). However, the blocksize limit is 32MB rather than 1MB.

Like Ethereum, the EOS platform aims to support smart contract implementation and dApps. However, EOS boasts much higher transaction speeds than Ethereum. 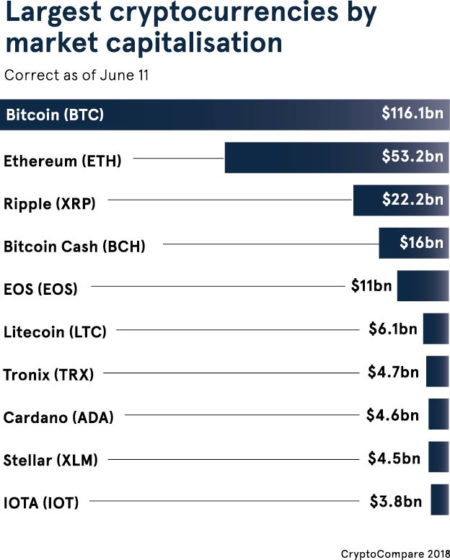 Monero, which uses a CryptoNight proof-of-work algorithm, is considered to be the leading privacy-focused cryptocurrency. It uses a “ring signature” system, allowing users to make untraceable transactions, has a fast block time of 60 seconds, but is expensive to transact and has limited user-friendly wallets.

Unlike many dApp platforms Golem has a functional product that allows video producers to render CGI videos an eighth of the time quicker than normal by using the decentralised cloud computing network. It is live and tested, but currently supports CGI rendering only.

This Ethereum-based token can be used to obtain a variety of advertising and attention-based services on the Brave platform – a new blockchain-powered digital advertising system. User attention is privately monitored in the Brave browser; however success depends upon its popularity, given the tough competition from the likes of Firefox and Chrome.

Steemit.com is a blockchain-powered social media platform where users earn rewards by posting relevant content, curating quality content through “upvoting”, and by holding Steem-based currencies in a “vest fund”, which generates interest. It is very popular within the crypto community, but has competition from centralised, popular sites like Facebook.

Digix aims to build a digital gold payment system on the blockchain. They have two native tokens at present: DGD (on the Ethereum blockchain as an ERC20 token); and DGX (a gold-backed token). DGD holders participate in a decentralised decision-making process that dictates the future of Digix; however, the top 100 holders own 84 per cent of supply.