Governments around the world, from Sweden to Venezuela, are keen to develop their own virtual currencies and digital payment options 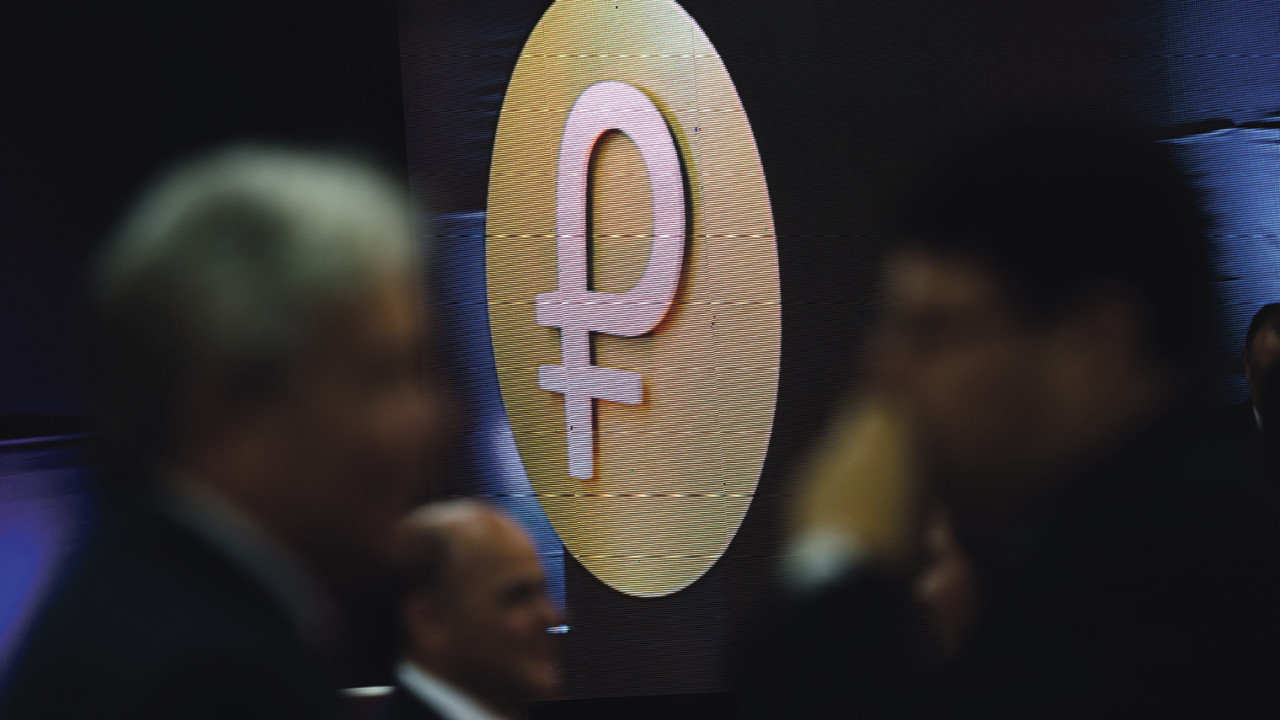 Cryptocurrencies are a prime example of the struggle of old versus new, of revolutions and resistance, as digital coins challenge people’s ideas of what is possible. After the release of bitcoin in 2009 there came derision and scepticism, before gradual moves to acceptance. While regulation has lagged behind innovation, it is increasingly the case that countries and central banks are expressing the desire to build their own digital currency options. 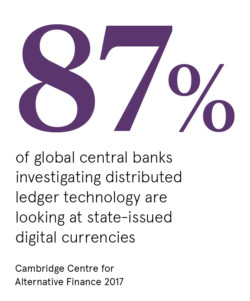 Among countries that are exploring the potential for state-backed cryptocurrencies, Sweden is arguably the front runner. Already the poster child for advocates of a cashless society, mostly thanks to Swedes’ embracing of digital payment apps and mobile banking, it was almost inevitable that Sveriges Riksbank, Sweden’s central bank, would announce a plan to examine the potential issue of the e-krona.

Equivalent in value to Sweden’s regular kronor, the e-krona is planned as a digital equivalent to the country’s regular currency, which the Riksbank expects to be used in small transactions between consumers, companies and the authorities. However, while Sweden is still very much in the planning stage – the inquiry into the viability of the e-krona is expected to finish in 2019 – Venezuela has already launched its own state-backed e-currency, the petro.

“The petro is basically a way [for the Venezuelan government] to raise foreign money by selling nothing,” says Alejandro Machado, a software designer and cryptocurrency commentator from Venezuela. “It’s very clear that they have no intention of actually backing the petro using any significant resource that’s actually meaningful.”

The difference between the petro and Sweden’s e-krona is that the petro is pegged to the price of oil. One petro has an equivalent value of $60 and represents a barrel of oil extracted from Venezuela’s Orinoco oil belt. During the cryptocurrency’s pre-sale, investors were offered $60 tokens at discounted rates, which they will be able to exchange for petros during the initial coin offering, or ICO, which is expected to take place this month.

For Mr Machado, who left Venezuela in 2015 and now lives in Panama City, the petro represents a desperate attempt for the government to raise foreign currency supplies. He says that while the Venezuelan government hails the cryptocurrency as a means to alleviate the economic pressures imposed on the country and its authoritarian president Nicolás Maduro due to sanctions, he is under no illusion that proceeds will help ordinary Venezuelans.

“The government has been pushing very hard on the narrative that the petro is going to solve their problems, that it is going to alleviate the economic war which is being imposed upon them,” he says. “I think they want the population to back them up with the idea that the petro is good, but I have no reason to believe the petro will make Venezuelan lives better.”

While Mr Machado doubts that the government-backed e-currency in Venezuela will bring beneficial returns for society in his country, a fintech platform in Finland has teamed up with the Finnish government to help asylum seekers gain entry into the banking system.

Helsinki-based MONI has been working with the Finnish government for almost three years to make sure that asylum seekers, who often encounter barriers in traditional banking, can get access to the necessary financial services. The platform uses a combination of mobile-first accounts and prepaid Mastercards to provide customers with basic finance, so they can settle bills and receive payments.

“In 2015 we piloted the asylum seeker programme with the government of Finland which enables asylum seekers to get their government benefits paid to their digital MONI accounts,” explains Antti Pennanen, MONI’s chief executive and founder. “Before MONI, everything was done in cash.”

Despite media reports to the contrary, MONI is not yet incorporating blockchain or cryptocurrency technology into its asylum seeker programme. However, that might not be the case for much longer. Like Sweden’s Riksbank, the startup is beginning to explore the ways it can work with cryptocurrency and the associated blockchain technology, specifically with respect to mobile payments.

“MONI has a patent concerning the authentication of cryptocurrency transactions over mobile phone networks, working on any GSM phone,” Mr Pennanen says.

Blockchain is useful because of its status as one of the most secure digital capabilities that has been developed. With asylum seekers often missing a lot of the paperwork that is necessary to establish a new life, in a new country, blockchain is a secure means of storing data and completing transactions. 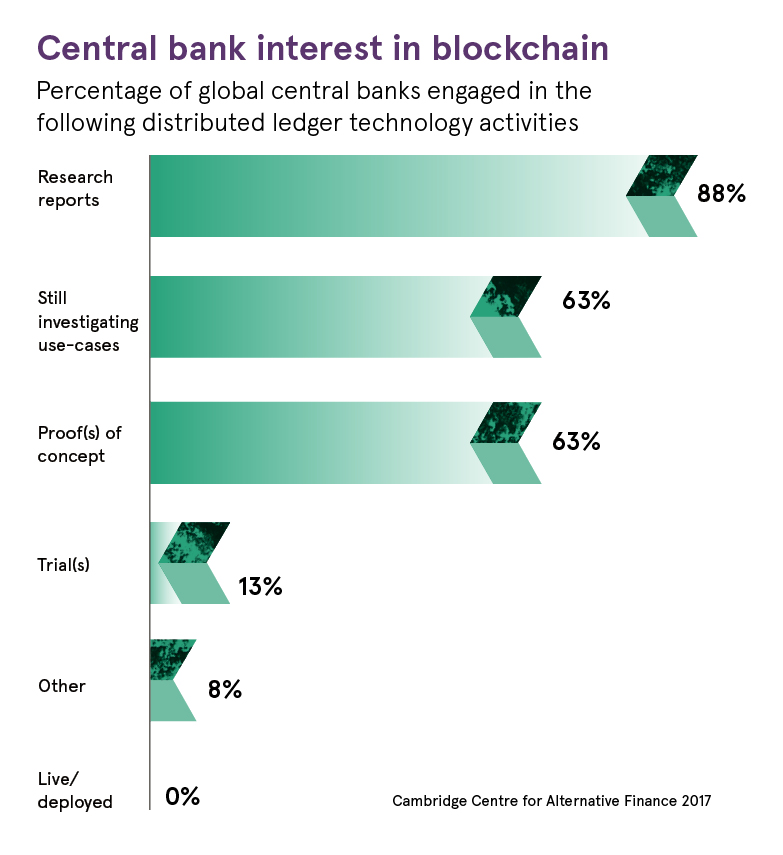 “We don’t do blockchain for the sake of blockchain,” Mr Pennanen adds. “But we are researching its potential and using it among other new technologies where it adds value to the end-user.”

While ever-increasing numbers of cryptocurrencies may seem confusing, for Ralph Hazell, chief executive and founder of The Real Asset Co, the competition created can only make for a stronger monetary system. This in turn helps to protect societies, at least to some degree, from any future financial disasters.

“My view on it is that the monetary system needs competing currency to be robust,” Mr Hazell says. “The more competing currencies we have, and I include bitcoin in that, then the more tested the whole system is and the less likely we are to be exposed.”

The Real Asset Co has been working on its own cryptocurrency that is 100 per cent backed by the price of gold. Known as goldbloc, a single unit is the equivalent of one-thousandth of a gram of gold and worth about three pence.

Thanks to bitcoin and other cryptocurrencies, there is much wider curiosity of what alternative currencies are, what our existing monetary system is and what’s wrong with it

Mr Hazell attributes the success of existing cryptocurrencies for spurring governments and financial regulators into exploring their own options. “Thanks to bitcoin and other cryptocurrencies, there is much wider curiosity of what alternative currencies are, what our existing monetary system is and what’s wrong with it,” he says.

“Regulators were just not keen to open up to this kind of alternative currency Pandora’s box, but bitcoin has forced them to do it because they just can’t shut it down.”

“Gold has retained its value since the beginning of trade, since 5000BC Mesopotamia,” he says. “This could be done with silver, with precious stones – if you can commoditise it, then you can digitise it.”

Measuring the success of cryptocurrencies like the e-krona and the petro will mean a waiting game for those who are involved. Mr Machado warns that while it is great seeing national governments begin to embrace this new liberalisation of the monetary system, it could also provide means for rogue states to exploit the censorship-resistant nature of cryptocoins.

“Cryptocurrency technology can be used to bypass sanctions,” he warns. “If there is someone interested in funding you, then they can. You can fund whoever you want.”

There remains much to be discovered about the potential scope of cryptocurrencies, let alone whether or not they are viable options for governments. After all, some of the key draws for bitcoin users are the cryptocurrency’s decentralised nature, anonymity and lack of government involvement, aspects that government-backed coins may struggle with.