For the uninitiated, a tech unicorn is a private company valued at more than $1 billion. In the second quarter of 2017, four private technology companies offered their shares of stocks to the public, completing their initial public offerings (IPOs) and grabbing billion-dollar valuations. Industry experts have described this period as a boom time for tech unicorn IPOs.

According to leading US global banking giant Goldman Sachs, this boom was double the number in the first quarter of 2017, and equal to the number of unicorn IPOs for the whole year in 2015 and 2016. 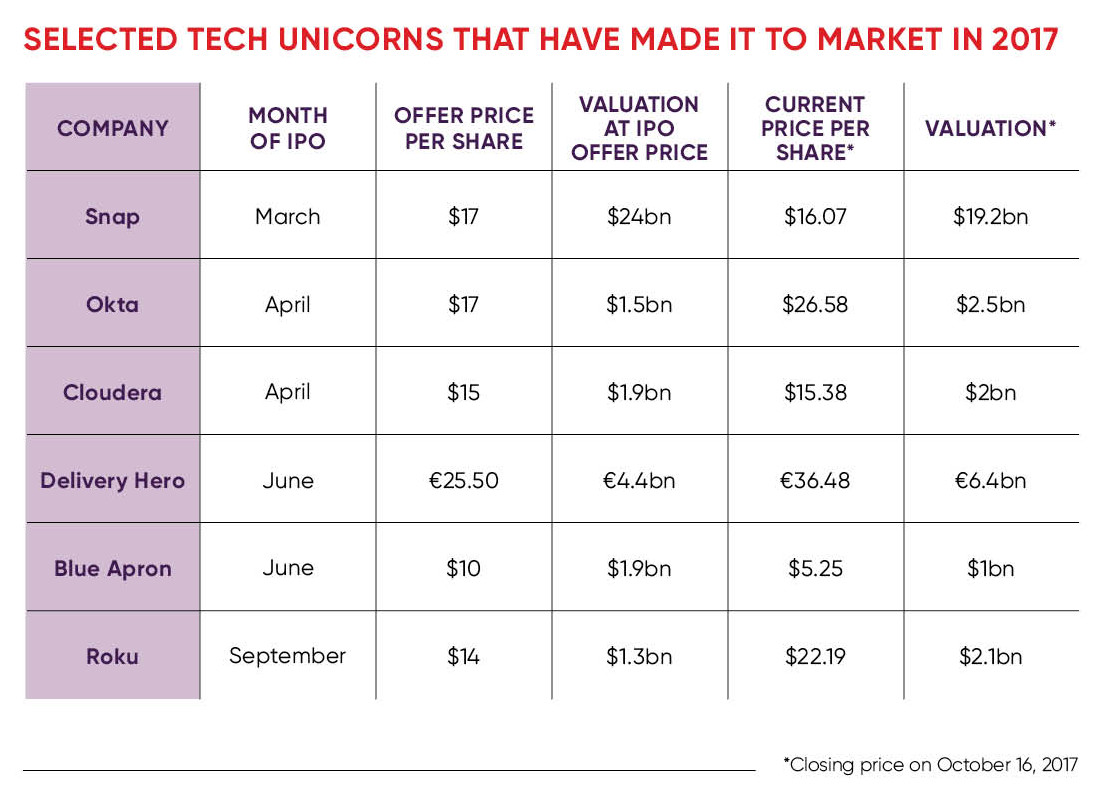 Clare Nicholls, senior partner at independent boutique investment bank Invenio Corporate Finance, explains why the time might be right for tech unicorn IPOs. “In recent years, there was a slower IPO climate, resulting in a backlog of companies that would ordinarily have tapped the markets waiting, allowing them to incubate further, coming to the market more mature than perhaps they would have done otherwise,” she says.

“Eye-watering amounts of private cash have enabled them to sit it out, but pressure among unicorns to go public has been mounting with each year.”

There are many reasons why these tech unicorns have decided to take their business public by selling shares to investors, from monetising the value of their company to releasing funds to complete their long-term goals or objectives.

The majority of unicorn companies, some 137, which have sprung up over the past five years, are in North America; there are 25 in Europe and 58 in Asia, with one in Africa, according to Fleximize, the UK’s first revenue-based finance provider.

Most of these tech unicorns have become global brands, such as Snap Inc (Snapchat), Uber, Houzz, Glassdoor and Hello Fresh, to name but a few.

Jordan Hiscott, chief trader at Ayondo Markets, says there are a number of reasons why the tech unicorn IPO market is booming. “Wall Street is riding high at the moment, which may be why numerous highly valued startups have gone public in such quick succession,” he says. “The top 30 US Companies Index is at its all-time best, which means investor confidence is extremely elevated.

“Investor uptake for these kinds of IPOs is also in huge demand. This is partly because interest rates are still exceptionally low, with investors receiving little return for their money.

“Investing in a tech IPO has greater potential, in part because it’s likely to be a brand you already recognise or use, but also because the bones of the business tend to be based on technology either seen as innovative or disruptive. Classic examples would be Uber, the leading global taxi company, yet they own no vehicles, or Airbnb, the largest accommodation provider, yet they own no property.”

Questions, however, need to be asked about whether tech unicorn IPOs are overvalued. Karen McCormick, chief investment officer at transatlantic venture capital company Beringea, says: “A build-up of surplus VC [venture capital] money in the market recently has caused some serious ‘techflation’, which has had a dramatic inflationary effect on valuations. In this sense, it’s not surprising more and more companies are joining the ranks of the unicorns or that those already there are eager to IPO.

“It’s interesting to see that the majority of IPOs are US-based companies. US unicorns are valued at, on average, 46 times their revenue versus 18 times for their European counterparts. And that revenue is, on average, markedly smaller for US unicorns at $129 million versus $315 million.

“Startups in Europe are having to work much harder to prove themselves as sustainable, revenue-generating businesses to earn their unicorn badge, which makes side-by-side comparisons of billion-dollar companies across the Atlantic a tricky proposition.”

It is all well and good having a billion-dollar valuation, but how did the company reach such a valuation and does it present value for money for the investor?

Mr Hiscott says: “An IPO is only worth what a participant is willing to pay for it and, when a company issues a request to IPO, they initiate an investment bank to act as a sponsor to the listing. They then do what is called a ‘book build’ to determine investor sentiment among large financial investors, institutions and hedge funds. Leading on from this, the ultimate job of the investment bank is for the IPO to be a success, so this is priced accordingly.” 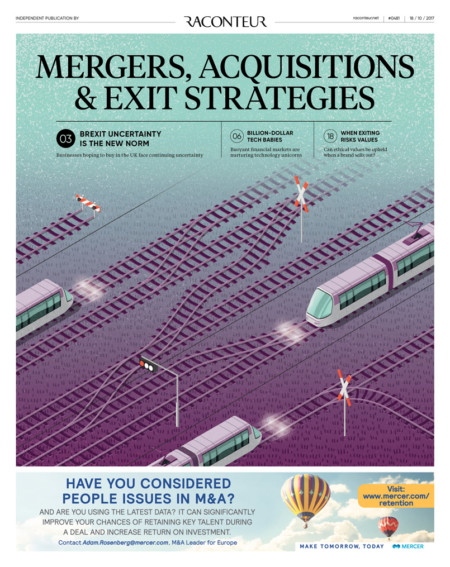