For Formula 1, the United States is a market filled with interested racing fans, as shown by the success of national auto racing leagues IndyCar and Nascar – yet taking a largely European sport stateside has proven more challenging.

F1’s roots in the United States date back to the formation of the world championship in 1950, but the sport struggled to find a permanent home through the 1980s and 1990s. A return at the Indianapolis Motor Speedway in 2000 ignited hope for a permanent foothold, only for the race to fall flat in 2006, when a tyre issue meant only six cars entered. The grand prix ultimately was dropped from the F1 calendar for 2008 due to the lack of interest.

But F1 is enjoying something of a revival in the US. The creation of the Circuit of The Americas in Austin, Texas gave F1 a permanent, purpose-built track to race on, as opposed to using modified venues for other racing series. The circuit welcomed almost 270,000 fans across the three-day race weekend last year, with headline concerts from Stevie Wonder and Justin Timberlake helping to make it the fourth-best attended F1 event of 2017. 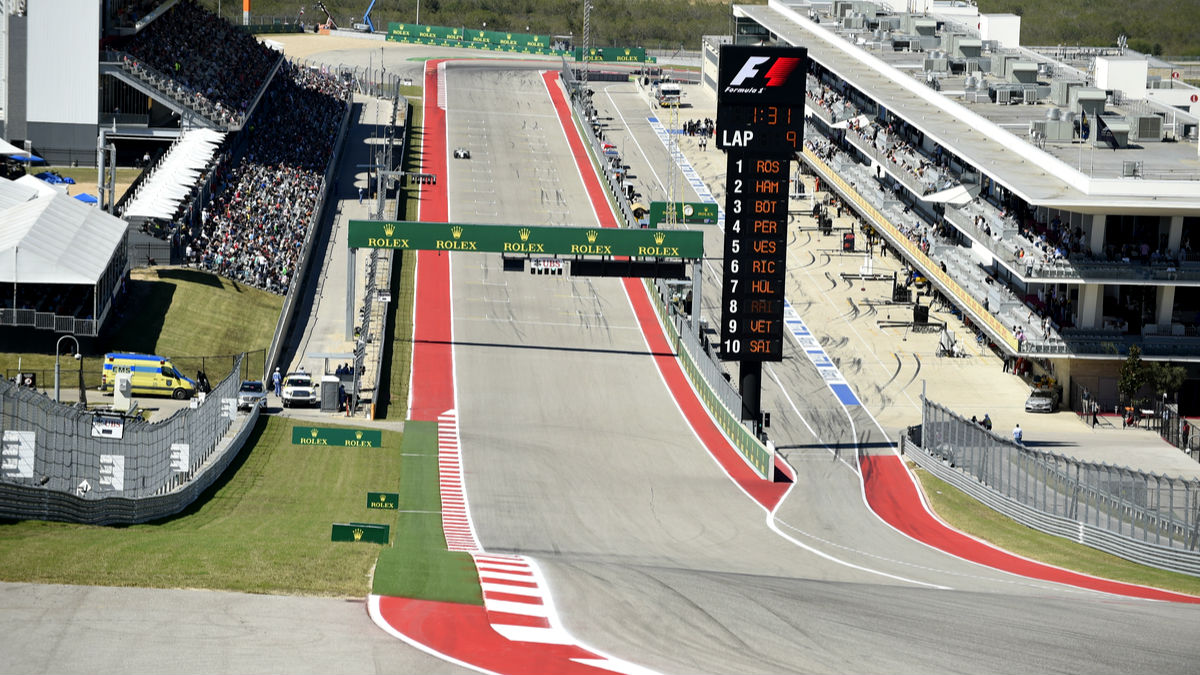 Circuit of the Americas, Austin, Texas

The growth in American interest has been reflected in its TV viewership. The NBC Sports Group broadcast F1 in the United States between 2013 and 2017, offering an expanded broadcast package that aided a 65 per cent growth in the US TV audience.

Haas F1 Team made its debut in 2016, flying the flag as the first US team since 1986, with a base in Kannapolis, North Carolina

US interest has also come on the grid through a new team owned by American businessman Gene Haas. Haas F1 Team made its debut in 2016, flying the flag as the first US team since 1986, with a base in Kannapolis, North Carolina that works in tandem with workshops in the UK and Italy. It offered a team for American fans to get behind and cheer on. 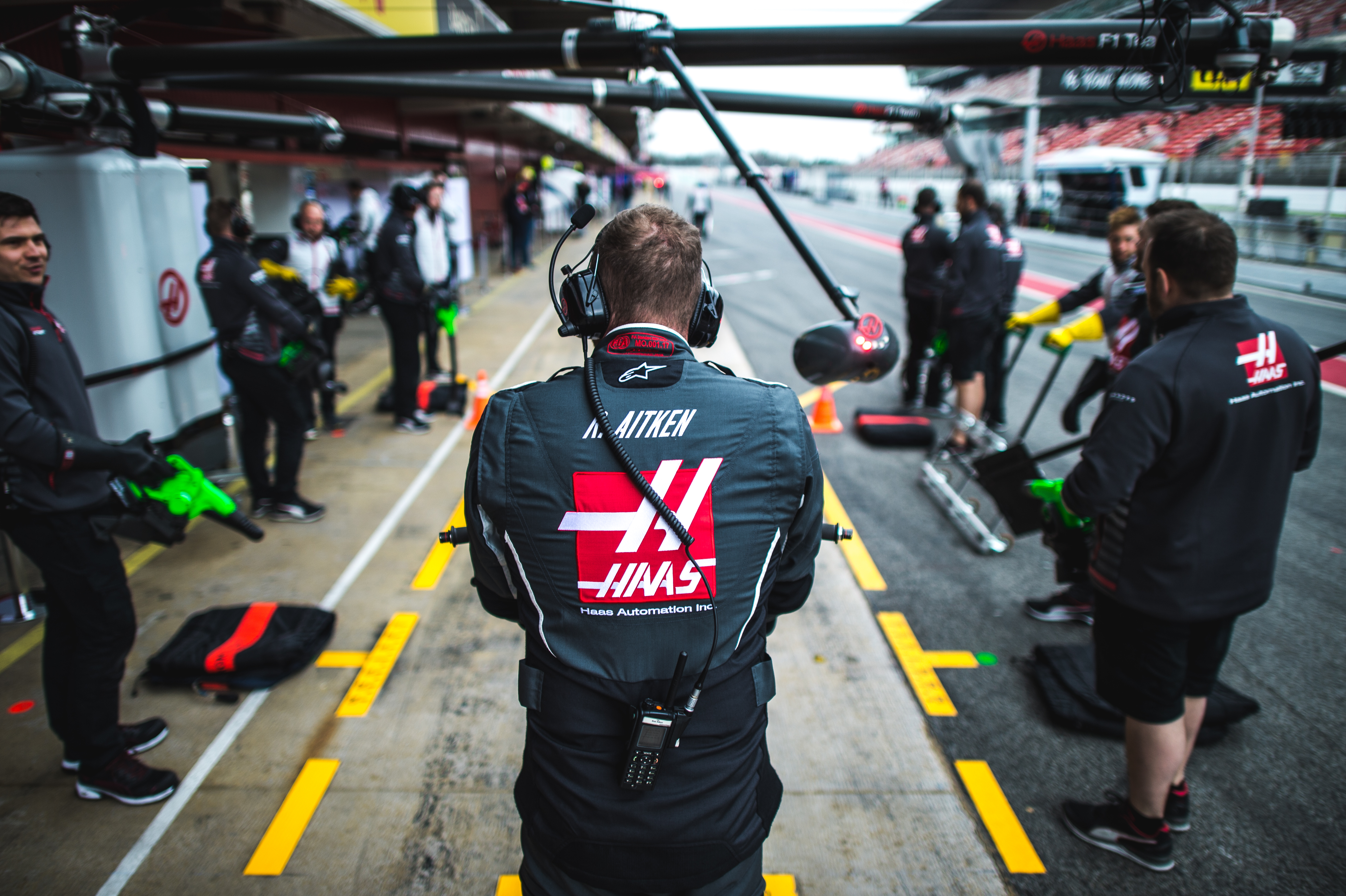 But an American driver is still something F1 lacks. Alexander Rossi enjoyed a five-race stint with the backmarker Manor team at the end of 2015, briefly ending an eight-year spell without an American racing in F1, only for him to move on to IndyCar for the following year. The last American to win a world championship was Mario Andretti in 1978.

One boost for F1 in the United States has been the celebrity profile of drivers such as Lewis Hamilton, who has become a regular fixture on chat shows around the time of the grand prix each year. As well as being a four-time F1 champion, Hamilton has fostered an impressive profile outside of the sport. He is a figure that many Americans – even those without an interest in F1 – would recognise. Such personalities are key to F1’s growth in a market such as the United States; to have an American leading the charge both on and off-track would do wonders for the sport.

The building blocks are in place for Liberty to develop F1’s profile in the United States. Two of the three main bosses of the sport, Chase Carey and Sean Bratches, are American and have extensive experience in US sports. Liberty is pushing to add a second grand prix in a city location to capture the imagination of the American audience, with cities such as New York, Miami and Las Vegas being mooted as options.

It’s the largest and wealthiest sports market in the world

“I think the US has enjoyed a tremendous amount of growth,” said Zak Brown, the executive director of the McLaren F1 team, who comes from Los Angeles. “It’s the largest and wealthiest sports market in the world, and we’ve got a lot of room for improvement there. I think the Austin race has been fantastic, and I think [Liberty] are spending a lot of time on trying to find a second race there.

However, in these early days of Liberty’s F1 reign, the challenge it faces to make a splash in the US is not to be underestimated, according to Bobby Epstein, the chairman of the Circuit of The Americas racetrack.

“It’s fair to say they’re still figuring a lot of that out,” Epstein said of Liberty. “There’s a steep learning curve. What they’ve said very publicly is that they intend to grow the number of races and number of events, and one of those areas of focus is growing the support in the US. It’s a good long-term plan.”

The US could become the ‘Land of Liberty’ for F1’s new management – but it will not be an overnight success. It is going to be a long process that rests not solely on the success of one race, one team or one driver.

But should Liberty’s strategy to crack the United States prove successful, Formula 1 would finally have the foothold it has long craved – and one its former management could never fully realise.