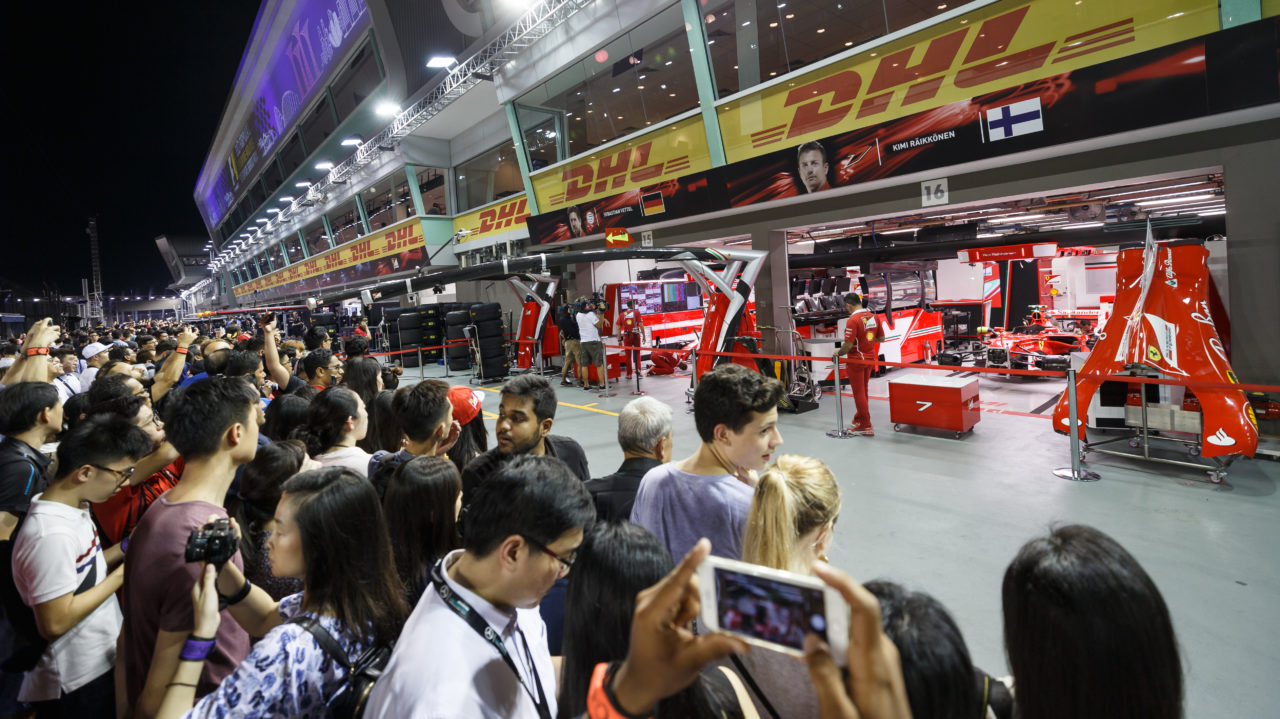 Formula 1 has experienced a seismic shift in its approach to digital media in the wake of Liberty Media’s takeover of the sport in January 2017.

As Liberty looks to build F1 into a wider-reaching entertainment brand, it is pursuing mediums such as streaming services and live video and is relaxing filming restrictions to enable teams to produce better content in the paddock for the sport’s 500 million fans worldwide.

The push into an expanded digital realm marks a shift away from F1’s previous management, headed by Bernie Ecclestone. The struggles faced by his F1 Digital platform, which launched in 1996 before folding six years later due to low consumer interest, did much to knock his belief in the potential for digital expansion.

In a notable quote, Ecclestone said in 2014 that he thought the shift towards social media would be “very short-lived”, and that people were “starting to think that it is not as good as they thought”.

F1 began to adjust its stance while still under Ecclestone, adopting a new social media strategy in 2016, yet it was largely a blank canvas that Liberty inherited.

F1 is almost a start-up

“F1 is almost a start-up,” Ross Brawn, F1 sporting managing director, said last November. “There had been so little done on the digital and social media front, so for us it really has been a fresh start. It’s good and bad. It is good because we have got an opportunity to create what we need going forward for the future, but bad because there was nothing there to build on.”

At the heart of F1’s digital push under Liberty is F1 TV, its new streaming service that enables fans to subscribe directly and watch the sport in an innovative way. A new F1 website is set to launch later in the year, while additional digital offerings are also in the works, including greater use of the sport’s historical video archive.

Teams have been given more freedom to film short videos while in the F1 paddock, having previously been forbidden from doing so. And a digital series is being filmed following the success of Amazon’s ‘Grand Prix Driver’, which went behind the scenes at McLaren last year before being launched via its video streaming service in February.

F1’s fresh push on digital comes at a time when it is trying to capture a new generation of fans. The sport’s TV audience has fallen by around one-third in the past decade, but its new bosses are working hard to reverse that, targeting younger F1 fans through social media and electronic sports. In the past, the fan experience was not top of F1’s priority list, but that is changing.

“I think digital more broadly is a huge lever to drive fans,” said F1’s global head of digital and new media, Frank Arthofer. “Everything we’re doing, from investing in our social media channels, which have grown 70 per cent year on year, to building the F1 TV service, to esports, to relaunching F1.com and the app at some point in 2018, is very much with the goal of not just growing the fan base, but deepening our engagement with our current fans. That’s pretty much the mandate, and success will be measured on that criteria firstly and foremost.”

Although the heavy investment in new areas such as digital led F1 to make a $37 million loss through 2017, the long-term value in bringing new fans on board is at the forefront of Liberty’s thinking.

Arthofer said: “Everything we’re doing here related to serving the fan obviously will deliver incremental value in the long term to the business. But we’re not sitting around looking at a specific target where we say ‘Yes, that’s successful, and if we miss that then we’ve been unsuccessful’.

“I think the world of online streaming is evolving so quickly that building a great product that’s very stable is a win. We like looking at Reddit and seeing what our fans say and making adjustments based on the feedback that they give us. This is not lip service – it’s truly about delivering a great service for the fans this year.”

McLaren executive director Zak Brown noted Liberty’s digital push when asked to review its first year in charge, saying he was impressed by its efforts so far.

The momentum is building, and as F1 looks to reverse the decline its TV viewership, the digital realm offers an opportunity to attract new fans as well as enhancing the experience of existing ones.