Expert opinions on the future of transport

Global research manager at the Institute for Transportation and Development Policy, New York 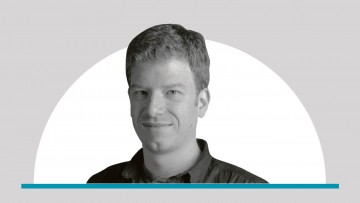 Most new developments in the United States are being designed to enable driving by private car for every single trip. Yet the majority of trips in metropolitan regions are short – less than five miles – which can easily be done by walking, cycling or a combination of modes. What people really want is access to destinations and a means of access that is comfortable, attractive, affordable, flexible and safe. The future of mobility does not bode well for single-occupancy driving trips, especially with the emergence of shared mobility, where access to assets, such as vehicles, is valued over ownership.

As the former mayor of Bogotá in Colombia and current board president of the Institute for Transportation and Development Policy (ITDP) Enrique Peñalosa says: “An advanced country is not where even the poor move about in cars, rather it’s where the rich use public transport.”

Demand for walkable, compact neighbourhoods in the US has been on the rise in the last decade, at the same time that vehicle miles travelled have levelled off in all the top metropolitan regions. Meanwhile, investment in high-quality mass transit in the US lags far behind many other developed countries. According to the ITDP, France has 18.8 miles of mass-rapid transit per million urban residents, for example, while the US has just 5.5 miles. Expanding road capacity to meet driving demand has shown only short-term gains. Eventually, congestion returns. Alternatively, when driving lanes are removed, congestion disappears as people adjust their travel behaviour. The only way to really build out of congestion, without eliminating the city in the process, is by increasing all other modes of access like walking, cycling and public transit.

The only way to really build out of congestion is by increasing all other modes of access like walking, cycling and public transit

Cities are taking the lead in crafting solutions to the mobility challenges they face, especially as national governments prove incapable of addressing the multitude of needs in maintaining existing infrastructure at a state of good repair, while expanding travel choices with new sources of dedicated funding. High-occupancy vehicle roads in the Bay Area of San Francisco and around Washington DC that reward carpooling has crystallised an ad hoc cultural phenomena of casual car-poolers in which strangers share a ride with those heading in their same direction.

Local jurisdictions are also starting to eliminate parking requirements as part of zoning ordinances to stop undermining the possibility of shaping mixed-use, compact neighbourhoods with high-quality public space. In the long-term, mobility management coupled with land-use planning has the potential to get all people moving and out of traffic.

IT director of smart data and technology at Amey 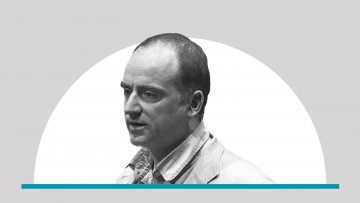 One of the defining tensions in economic development has been between quality of life and value-creating activities – the need for people to interact with each other and to transact goods and services. The former requires space, peace and safety in which to work, exercise, relax and socialise; the latter requires transport systems which, since the use of horse-drawn transport in medieval cities, have taken up space, created noise and pollution, and are often dangerous.

The internet, smartphones and social media represent the most significant mode for supporting transactions and interactions since the internal combustion engine. Around a quarter of the world’s population now uses such tools to communicate and transact, and they have enabled small and micro-businesses to reach markets across the world that were previously accessible only to much larger organisations with international sales and distribution networks. More recently, the emergence and maturation of technologies, such as 3D printing, open-source manufacturing and small-scale energy generation, are enabling small businesses and community initiatives to succeed in new sectors by reducing the scale at which it is economically viable to carry out what were previously industrial activities – a trend recently labelled by The Economist magazine as the “Third Industrial Revolution”.

In an increasingly digital world, transport will still be a vital service, but mobility will be the defining driver of economic growth

While these business models contribute to social mobility by creating business and employment opportunities, they also increase and complicate our need for transport services, as the existing bulk-movement patterns of monolithic supply chains are replaced by thousands of smaller, peer-to-peer interactions created by transactions in online marketplaces. We can already see the effects of this trend in the vast growth of traffic delivering goods that are purchased or exchanged online.

Just as developments in the use of technology play a role in creating this challenge, they will play a role in addressing it: through reducing the impact of existing modes of transport by switching to electric or hydrogen power for vehicles; by predicting and optimising the behaviour of traffic systems to prevent congestion; by optimising public transport as IBM has helped Abidjan, Dublin, Dubuque and Istanbul to do; by creating new capacity-sharing transport services; and by improving the spatial organisation of transport through initiatives such as Arup’s Regent Street delivery hub.

In an increasingly digital world, transport will still be a vital service, but mobility will be the defining driver of economic growth.

World Bank and chairman of the Transportation Research Board Committee on Transport in Developing Countries, India 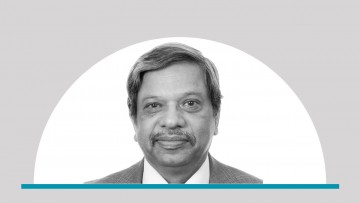 In the developing world, where current levels of urbanisation are low, cities are expected to grow for the next several years, perhaps decades. In such cases, it is important to build to meet the projected demand over the next few years. As more people move in, the travel demand will grow even if very strong demand management measures are adopted and so it is essential to build to meet a basic level of demand.

However, in such cities spatial plans are still evolving and it is here that a very important demand-management strategy can be adopted – namely to plan for compact cities where mixed land-use policies get adopted. Here travel involves only short trips and often walking or cycling is adequate. Having compact cities with mixed land use is one of the most effective demand-management strategies, but can be adopted only at an early stage in a city’s development. At later stages, this is not possible as land-use plans get locked and become very difficult to change.

Yet another very important demand-management tool that needs to be taken up at an early stage in a city’s development is to lay the foundation for a good public transport network, one that is easy to access, safe, convenient and affordable. This helps create a culture of using public transport in preference to personal motor vehicles. Once people get used to cars, getting them out is not easy.

In more developed cities, where the projected growth is not expected to be very high, the need to build will come down. In such cases the emphasis will be on demand management. Further, the demand-management strategies will emphasise reducing the need to travel and discouraging the use of personal motor transport.

Telecommuting, e-commerce, online shopping and so on are ways by which certain kinds of trips can be avoided. Higher fuel taxes, congestion charges and high parking fees are ways in which people can be persuaded to leave their cars at home. High cost of car ownership, such as very high vehicle registration fees and inadequate parking space, can persuade them to not buy a car.  Thus, the strategies would vary depending on the stage of development. 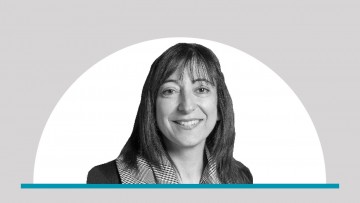 Despite consensus on the importance of infrastructure investment in achieving economic growth, there is less agreement on how this should be achieved, particularly at a local level. Infrastructure is divided into silos and sub-silos. Transport, for example, is perceived as a series of separate sectors: road, rail, shipping, aviation. The problem is exacerbated by the fact that transport infrastructure provision is far from even across the EU, or indeed the rest of the world. Differences will arise dependent on the country, the state of regional transport networks, different policy goals and whether the decision impacts an urban or inter-urban context.

Looking at infrastructure as interdependent can prove a source of additionality, however, if compared to single infrastructure benefit baselines. It’s one thing to build a road and quite another to use the same project to lay water pipes or communication cables, or as part of a regional regeneration plan. A systemic approach to infrastructure with clearly synergistic goals seems common sense. This strategic approach is often ignored, however, due to the siloisation of infrastructure planning, additional cost implications and a lack of cohesive cost-benefit assessments for synergistic development. As the financial environment evolves, this could be set to change.

The significant global tightening of credit, brought on by the economic and financial crisis, is emblematic of the fundamental need to broaden financial channels worldwide and explore new flexible financial options for infrastructure investment. Indeed, new trends are already posing challenges to established institutions and some of these institutions are losing favour. Information economics and modern technologies, for example, have motivated citizens to redefine their perceptions of infrastructure asset ownership and public goods through the use of crowdsourcing and peer-to-peer financing. Is a perceptual shift in relation to infrastructure also looming on the horizon?

Recent advances in driving technologies, for example, suggest that a new infrastructure paradigm is emerging. This paradigm is characterised by economic, environmental, cultural, and social aspects that are interwoven with technological advances and working knowledge of the interdependencies between infrastructures. Importantly, what is central to this new paradigm is commitment to the design of new business models. Whichever transport solution decided upon will require new agents and institutions to lead the way as initiators and guarantors of infrastructure investment initiatives, not only as guarantors of capital sources, but also as providers of technical support, in order to reach the most efficient and effective use of finance for infrastructure.