With 45,000 migrants stranded in Greece, the European Union has signed a one-in, one-out deal to return refugees to Turkey, but critics say it is motivated by political expedience, not humanitarian concern 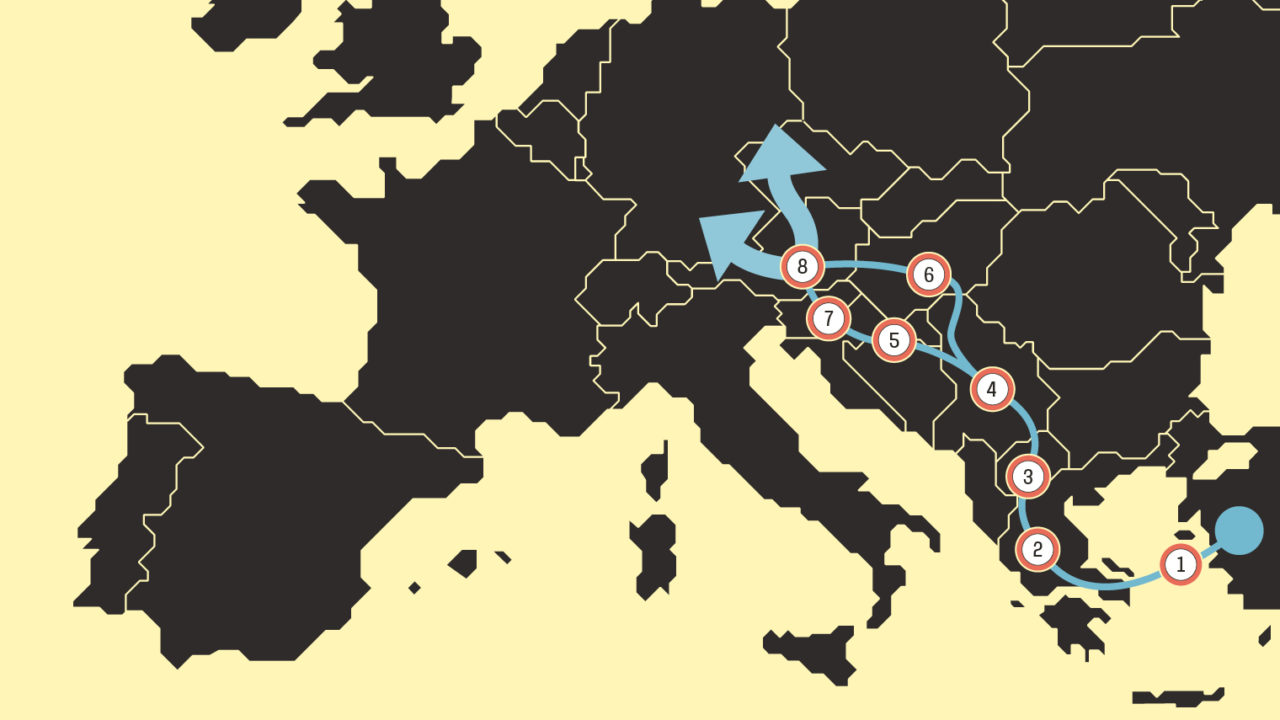 In March 20, refugee welcome facilities on Greece’s Aegean islands became detention centres, as a deal signed between Turkey and the European Union came into effect.

Under the agreement, the EU will send each new arrival back to Turkey, taking one person from a Turkish refugee camp in return. Brussels hopes the deal will encourage those fleeing the conflict in Syria to seek formal channels to reach Europe, rather than washing up on the Mediterranean’s shores. In exchange, Turkey will receive €3 billion (£2.4 billion) in aid money, visa-free access to the EU and a new impetus for its accession agreements.

The deal also allows the EU to close off the “Balkan Route”, which has enabled refugees to cross the Aegean from Turkey to Greece then travel overland across the Macedonian border and into Northern Europe. The closure of the Greco-Macedonian border earlier this month has left an estimated 45,000 people trapped in makeshift camps and hostels, many around the village of Idomeni.

Cutting off this improvised highway across the continent has been a priority for Brussels as it tries to save one of the EU’s defining principles — open borders. The 1985 Schengen Agreement, which ended most border controls inside the EU, has become a rallying cry for nationalists as the refugee crisis spirals out of control. As Brussels was still coming to terms with the early reports of a terrorist attack last month, the UK Independence Party sent out a press release blaming the EU’s open border policy for the atrocity.

Alongside the 1990 Dublin Convention, which was designed to prevent abuse of the asylum system, Schengen has been creaking under the strain, leading to several countries temporarily suspending free movement.

As Giacomo Benedetto, a lecturer in European politics at Royal Holloway, says: “The architecture that’s in place to deal with refugee flows or migration flows was set up about 20 years ago, at a time when nobody anticipated refugee movements on this scale.”

The union-wide response has been complicated by the fact that the countries on Europe’s geographical borders are also on its economic periphery. Greece, whose long sea border and proximity to Turkey has made it the main entry point for hundreds of thousands of refugees, was also the epicentre of the European debt crisis. The austerity measures it had to put in place to secure support from the rest of Europe mean that the state has been hollowed out. Despite the new financial support, it is struggling.

“From the Greek point of view, money was increased last year in 2015 by 50 per cent in the EU refugee fund. Money was allocated to the Greeks so that they could open [refugee] processing centres. But the Greeks haven’t been able to spend all of the extra money, because they don’t have the administrative capacity to do it,” Benedetto says. “Throwing money at Greece when it isn’t able to actually deliver isn’t the solution.”

The gulf between the capacity to enforce the deal on the ground and the political expectations that have come out of the talks is alarming some in the humanitarian community. Sanj Srikanthan, head of policy and practice at the International Rescue Committee, says that the deal with Turkey appears to have been motivated by political expediency.

“It doesn’t take into account the situation for over a million people already in Europe, nor does it think about how humanely we would treat 45,000-plus people stuck in Greece, really with no way to go back or forward,” he says. “It doesn’t reflect the fact that desperate people will continue to do desperate things and, as we’re seeing, people are still crossing from Turkey to Greece, even after this deal was announced.”

With the longest sea border in the European Union, and Mediterranean islands a short boat trip from Turkey, Greece was the landing point for nearly 857,000 refugees and migrants in 2015 and 132,000 so far this year.

From there, people have been able to move into Macedonia and onwards to Northern Europe through the EU’s open borders. After declaring the Balkan Route “closed”, the EU agreed a deal with Turkey on refugee return. 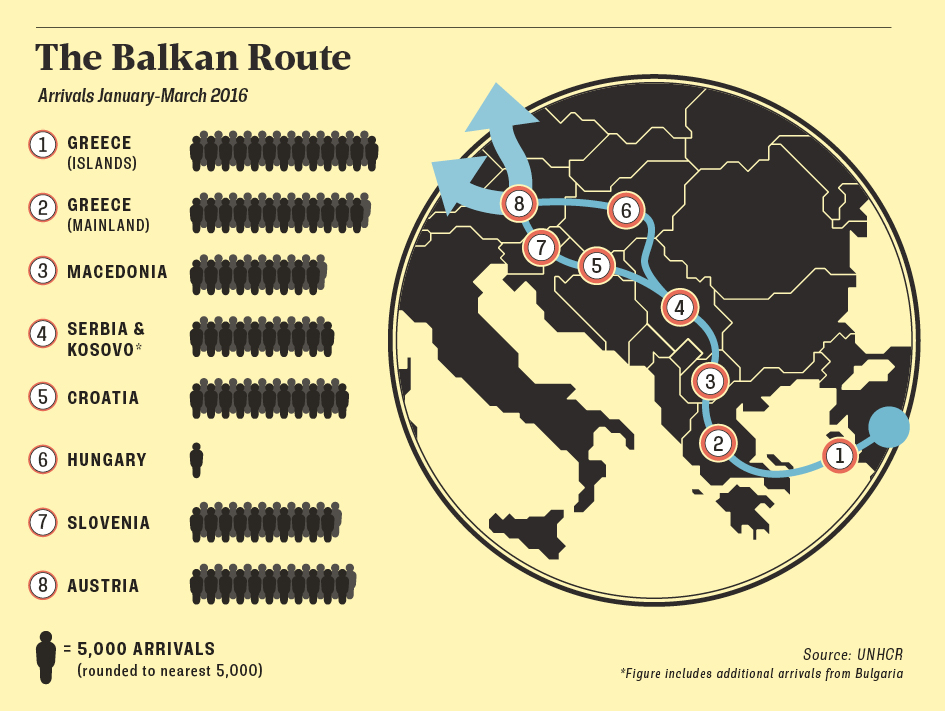 Austria imposed a strict cap on refugee arrivals in February, after warning for months that it was considering closing its southern border with Slovenia. Only 80 people per day are allowed to apply for asylum at the gate, and up to 3,200 are allowed to transit through the country to Germany.
Sweden began checking passports and IDs at its border with Denmark in November 2015, at the Øresund Bridge that links the Swedish city of Malmö with the Danish capital, Copenhagen. The rail and road link has been a symbol of integration between the countries since it was opened in 2000.

Denmark imposed its own controls in response to Sweden’s checks at their shared border. The Danish government – which has been heavily influenced by the nationalist Danish People’s Party – said that it did not want to become a bottleneck of stranded refugees hoping to reach Sweden.

France put in place widespread border restrictions in the immediate aftermath of the November 2015 Paris attacks .

Belgium resumed ID checks at its French crossings in February, a reaction in part to fears over the bulldozing of the Calais migrant camp.

Norway is not a member of the European Union, but did sign up to the Schengen visa-free zone as part of its economic integration with the Continent. Last November, the Nordic country announced that it would monitor movement on its periphery, including ferry traffic and land links with Sweden and Russia.

Germany enforced border checks in January, after hardening its stance on refugees in response to public opinion.

Macedonia is a favoured path to wealthy EU states. It closed its border on several occasions this year, leaving thousands stuck in Greece.