England’s water industry is about to get competitive

Some 1.2 million English businesses of all shapes and sizes will be able to switch their water supplier from next year. Surprised? Probably, because there has been very little public fanfare about it. But behind the scenes, many have been beavering away to make possible something that was long considered unfeasible and remains unheard of outside of the UK – competition in water.

Business customers, which includes public sector organisations and charities as well as commercial entities, will continue to receive the same water through the same pipes, and their waste will be treated at the same plants. So this is not a plumbing bonanza. But what customers will be able to choose is who they interact with to pay for and manage these services.

Rather like in energy, where retail supply activities are divorced from networks and production, water companies have carved the “retail” activities they perform for non-household customers – primarily billing, payments handling, meter reading and contact management – out of their main operations. These activities will be subject to competition from April 2017. The remaining “wholesale” activities will remain regional monopolies.

A massive programme of preparatory activity has been underway not only within water companies, but also to create a central market. Badged the Open Water programme, this central work has been conducted by the government in partnership with water regulator Ofwat and a newly created organisation called MOSL (Market Operating Services Limited), which has been responsible for the design and build of the IT system that will underpin the market.

Preparation remains work in progress for all parties. But things are on track. Right now the market is operating in “shadow” mode, a sort of dry run. Short of a curve ball, we can confidently expect customers to be able to start switching in four months’ time. MOSL’s chief executive Ben Jeffs has described the effort required to get to this point as “heroic”.

Scotland was the trail-blazer for water competition. Its market opened in 2008. Back then, Scotland’s only water company, Scottish Water, legally separated its business retail arm, which has since been trading as Business Stream. Its chief executive Jo Dow comments from a position of experience. “The shadow market has got off to a good start, with the technical infrastructure now in place to switch customers,” she says. “There’s still lots of work to be done and we should never underestimate the challenges ahead. We only have one chance as an industry to get this right for customers.” 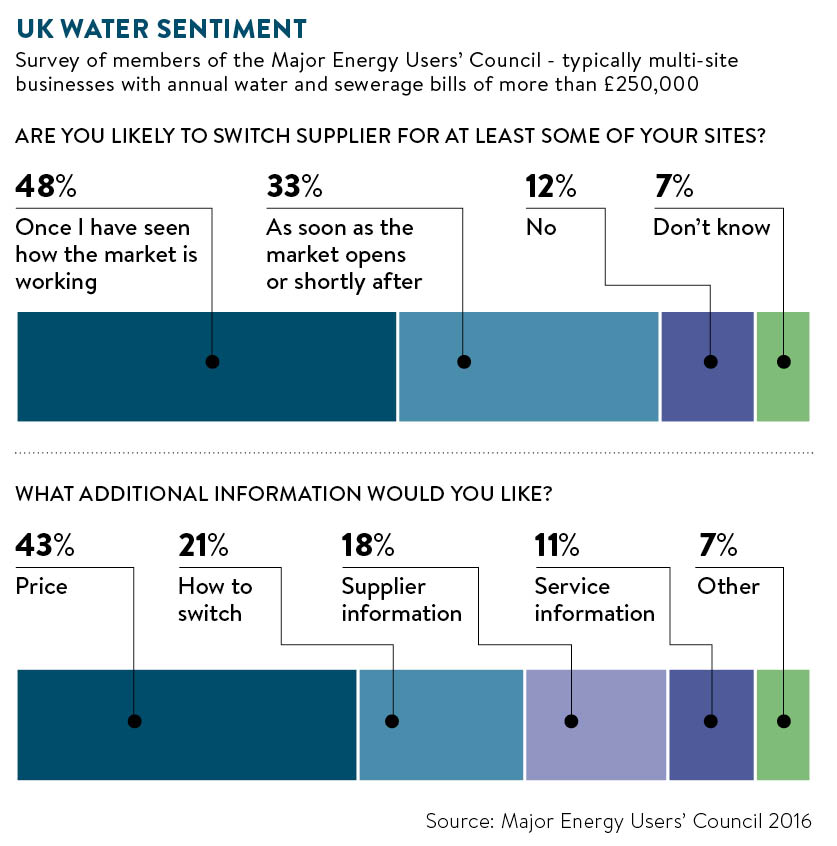 So what’s in it for customers?

The market will offer only thin pickings in terms of straightforward price discounts. Ofwat has allowed an average 2.5 per cent net margin (6 per cent gross) for retailers, arguing this will be sufficient for the market to prosper. But a wide range of stakeholders, including customer groups and prospective new entrants, have said this is too low to enable attractive sums to be sliced off customer bills.

Nevertheless there are other prizes worth considering. Customers who have sites in more than one water company area stand to benefit from the simplification that rationalising suppliers would bring. Competitive pressures should also improve the accuracy and timeliness of bills.

Moreover, with easy discounts off the menu, retailers are widely expected to try to attract customers by offering them help to consume less as a means to cut measured bills, for instance through leak detection and repair services, advanced metering, and recycling technologies. Some will offer additional “value-added” services such as emergency back-up supplies, boreholes and on-site treatment plant. Others still will look to bundle in non-water services, for instance around energy and carbon saving.

A good example here is Anglian Water Business. Its home region of East Anglia is one of the driest and fastest-growing regions of the country. It has carved out a strong identity for itself in the Scottish market and in its home patch as a water efficiency specialist, and through a partnership with SaveMoneyCutCarbon last year added energy and carbon-saving expertise to its portfolio. Managing director Bob Wilson says of the move: “It all comes back to enabling customers to make significant savings – double-digit savings, not the 1 or 2 per cent savings you would get from a price discount – on their bills.”

Business Stream’s Ms Dow cites data from her company’s Scottish experience. “Customers in Scotland have realised significant benefits in the eight years since the retail market opened, with £160 million in financial savings delivered for Business Stream customers,” she says. “We’ve also helped our customers use less water, with 42,000 tonnes of carbon saved as a consequence, which is equivalent to taking 11,767 cars off the road. When the market opens in April 2017, we want to ensure that customers in England can access these benefits too.” 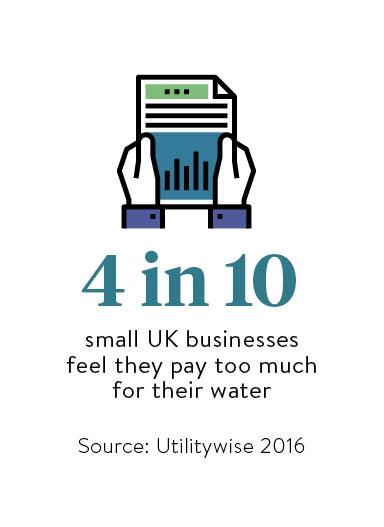 Certainly large users are. According to research published in the summer by industrial and commercial consumer representative the Major Energy Users’ Council, 81 per cent of its members, many of whom are household names, are considering switching at least some of their sites, with the biggest lures being cheaper prices and consolidated bills. Some 65 per cent of multi-sites favoured a single supplier.

It is harder to call how smaller customers in England will respond. Research published this autumn from the Consumer Council for Water found only 8 per cent of business are aware that they would soon be able to switch.

Retailers have to secure a licence from Ofwat and accreditation from MOSL before they can participate in the market. Most retail arms of the regional water companies are planning to try their hand, though the picture is complicated.

Companies do not have to compete and can instead sell on their business customers to a third party. Southern Water is exiting to Business Stream, and both Thames Water and Portsmouth Water will exit to an independent company from the Scottish market, Castle Water.

Some firms are doing tie-ups to compete better together, including United Utilities and Severn Trent through Water Plus, and Pennon and South Staffordshire Group.

Many retail arms of traditional water companies have rebranded, some also relocating and recruiting new staff. The most radical to date is Three Sixty, the retail business from the Yorkshire Water stable, which has consciously moved away from a water-focused moniker.

Welsh companies are not governed by the new rules due to devolved government policy.

From having no choice, business customers from April will have quite a few choices to make. They can do nothing or use the threat of competition to negotiate a better deal with their existing supplier. Or they can switch some or all of their sites to one or more suppliers, and can switch water and sewerage services separately or together. They can even self-supply by buying direct from the wholesaler, though this option requires thorough understanding and commitment.

Ultimately, each business will have to choose a strategy that is right for its circumstances. But all should look to see if there’s anything to gain from the new opportunity. A useful online resource, which can put customers directly in touch with retailers, is under development from markets specialist Gemserv, under the brand England on Tap.

What we can learn from Scotland’s open water market… 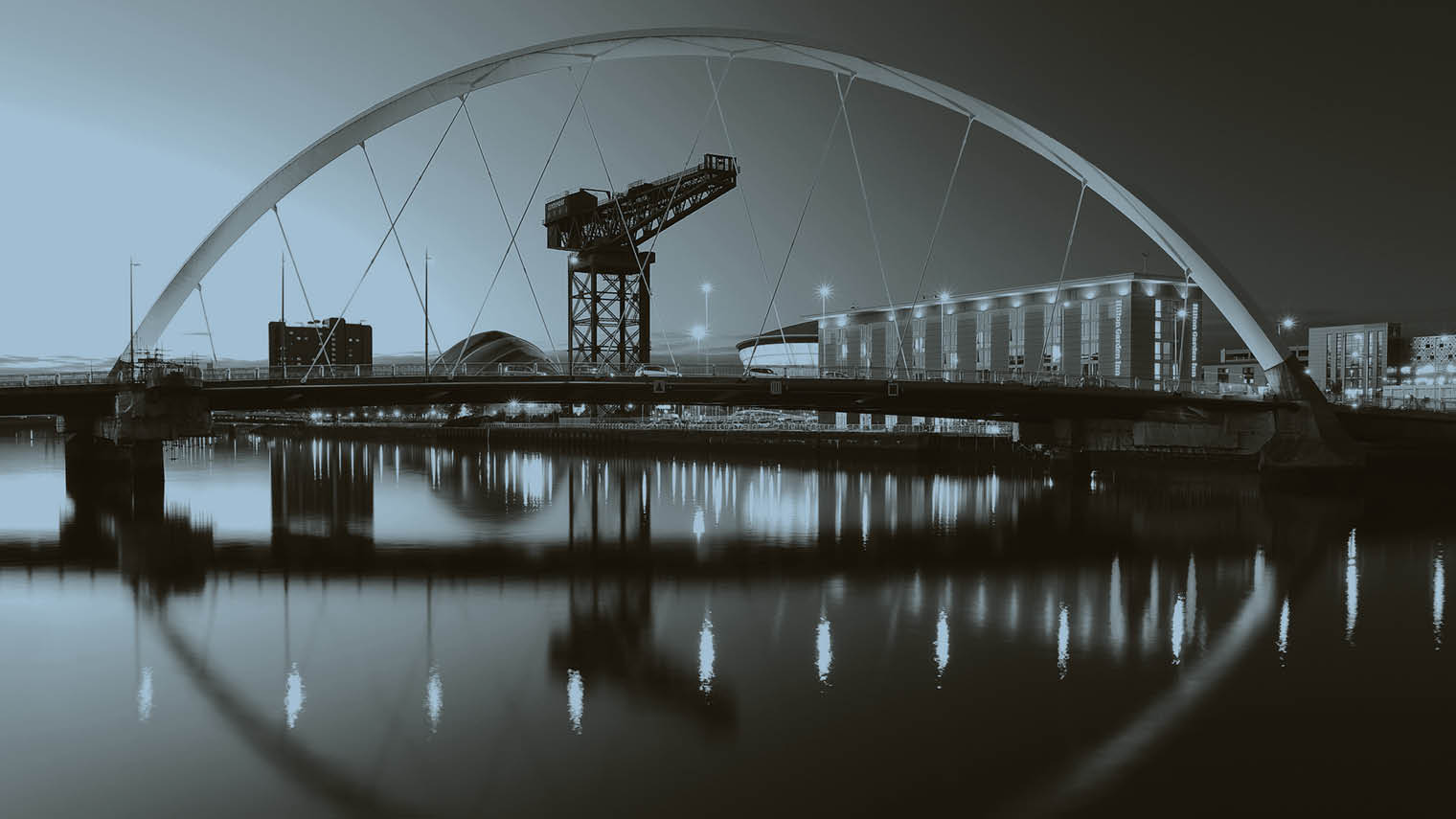 In April 2008, Scotland led the world in opening its water and sewerage retail market fully for the country’s 130,000 non-household customers. In the early years of competition, switching levels and the number of new entrants were low. In 2010-11, less than 0.5 per cent of the customer base had switched away from the incumbent retailer Business Stream and only four retailers operated in the market.

Since 2011, both the volume of switching and the number of new entrants have increased dramatically. This followed the regulator, the Water Industry Commission for Scotland (WICS), allowing retail margins to increase while wholesale costs fell. The gross retail margin was around 9 per cent in 2008-09, rising to a peak of 20 per cent in 2013-14. This attracted more retailers into the market and enabled greater discounts to be offered to customers, which prompted more switching.

A contributory factor in the upturn was news that the English market would open, which encouraged more suppliers to test out strategies north of the border. There are currently 23 retailers in Scotland, 19 of which have entered since 2012.

Business Stream’s market share, by number and by volume supplied, is now close to 50 per cent. A key deal was struck last year when the Scottish public sector – 200 organisations with more than 15,000 sites – switched from Business Stream to Anglian Water Business, taking the latter’s market share to around 25 per cent.

The English market has been modelled to a large extent on the Scottish experience. In fact, the WICS team and in particular its chief executive Alan Sutherland played a crucial role in laying the foundations for the English market before MOSL was established. However, there are also important differences, including much smaller retail margins in England, and a much larger and more complex market.