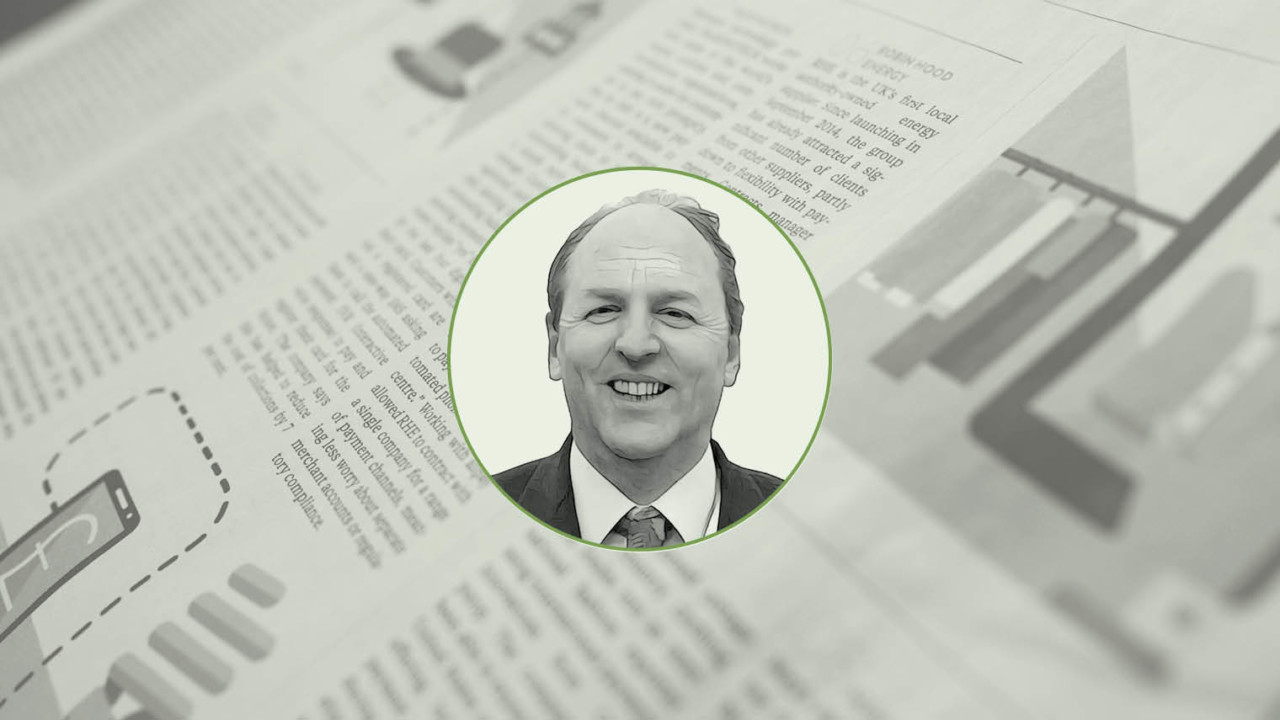 Politicians make vocal cries that consumers should switch supplier. This has been a traditional refrain, but the reality is that energy supply and costs are entering the perfect storm bringing a headache for British business. Many have been raising this point for years, but always the argument has moved to the best price for consumers without addressing the fundamental problems the industry faces.

There are immediate issues that have raised costs, but these are exacerbated by a failure of all governments over the last 30 years to invest in generation. The first reason for price increases is Brexit and adding to the recent increase in commodity costs, this means that next year most companies will pay 10 to 20 per cent more for their energy. Scaremongering will be the immediate response, but the increases are already built into the system.

The post-Brexit collapse of sterling effectively raised commodity prices. The delay in the price rises is simply due to energy being purchased a year ahead and the increases taking time to come into effect.

Commodity price rises have also been brought about by producers reducing supply. The recent glut in supply, mainly caused by the Saudi Arabia increasing supply to drive down costs to destroy the shale oil industry, resulted in a crash in the price of oil from $110 a barrel to around $45. This has caused pain to all producers, especially as the glut has hindered a bounce back in price. An agreement to cut production has increased prices since and a steady increase is predicted.

These external factors are having the most immediate pressure on price, but there is a more worrying element that affects the cost of energy generation. Britain is facing a massive bill for building new generating assets and rebuilding the aged grid infrastructure to guarantee security of supply. Over the last couple of decades we simply forgot to build almost any power stations. The privatisation of the sector has led to competitive prices for consumers mainly due to lack of investment in replacing our aged power stations that are knackered. We have sweated the generating assets and now have to pick up the deferred bill.

Consumers are waking up to the majority of their power bill being the cost of all the measures needed to finance to assure the lights stay on. Last minute measures such as paying two coal-powered plants, Eggborough and Fiddlers Ferry, for cold standby this winter, for an eye-watering £76 million, show how stretched the system is. These short-term fixes are costly and high carbon, so there must be a plan in place to reduce these costs, but there really is not.

The backbone of power generation in the UK since the war has been coal. Indeed almost half of our electricity power plants, up to a couple of years ago, were coal fired. These plants, while polluting, have provided a reasonably cheap and secure method of generation, but soon they will all be decommissioned. This is often blamed on the EU pollution controls, but in reality most of them are around 50 years old and uneconomical.

Gas plants will generate the greatest proportion of our power for the next decade, but this will come at a price. The UK is running out of gas and becoming dependent on supplies from producers such as Qatar. Competition is putting pressure on price, and in all likelihood there will be a decoupling of oil and gas prices leading to a steady increase in the global price of gas.

Despite a growing dependence on gas, the economics of the UK marketplace and subsidies have meant it has been uneconomic in recent years to build gas plants. Several plants have been decommissioned and the available assets have been falling steadily.

Nuclear power was planned to take up any slack. Hinkley Point C was to come on line before 2020 and was to be followed by four other plants. There is a great deal of debate whether, despite assurance, Hinkley will be built. Even if work starts, it will be the late-2020s or early-2030s before realistically it will start generating.

In theory, with the move to a low-carbon economy, considerable investment should be going into renewables. The costs of wind and solar installation have steadily decreased and, once subsidy is deducted, it will become cheaper to buy renewable power than power from fossil fuel plants. The problem is the government has cut rapidly the subsidies causing schemes to be cancelled or delayed.

A solution to higher costs is changing the focus from energy’s best price to reducing use. Electricity and gas regulator Ofgem has estimated we waste 40 per cent of the power we consume, thus there are substantial savings to be made. Hiring or training an energy manager will help most companies to cope with the rapid energy price rises.