Healthcare is a numbers game and the figures are running wild. Every indicator shows the creaking NHS cannot cope with rising demand and dwindling resources.

But the relentless gloom over hospital waiting lists, budgetary shortfalls and demographic time bombs is being challenged by a fresh approach that could revolutionise personal and national health.

A new era for healthcare

A wave of innovation driven by artificial intelligence (AI) is being hailed as both a saviour of traditional healthcare and the dawn of a new era in the public’s engagement with their own health.

“Healthcare is one of the highest cost areas for all modern economies, which makes it ripe for AI as providers look for efficiency to care for patients,” says Dan Housman, chief technology officer at ConvergeHEALTH by Deloitte. “Healthcare is complex as an industry and is generating vast volumes of data from imaging, genomics, sensors, daily care and scientific research.

“AI can generate insights from this data that people can’t easily do, so again it makes healthcare a good fit for the technology.”

We all worry about the overstretched NHS’s ability to treat our ailments, but imagine if your body could be monitored like a Formula 1 car with every subtle change analysed for optimum performance. The dream is a reality.

McLaren, the FI team with Fernando Alonso and Jenson Button in the driving seats, has turned its formidable technical skills on healthcare to raise the prospect of future generations being able to respond swiftly to health fluctuations to minimise GP or hospital visits.

McLaren’s race team deals with more than a billion pieces of data from more than 200 sensors on both its cars over a grand prix weekend. Tweaking performance is the difference between a podium or an also-ran finish, and now the same skills and techniques are being used by its Applied Technologies division to improve health outcomes.

It has joined forces with pharmaceutical giant GSK on clinical trials to monitor recovering stroke and motor neurone disease patients by using a discreet patch positioned on the neck to transmit activity readings.

Dr Ali Parsa, the pioneering health guru behind Babylon, the online service that fuses clinical expertise with the latest technology to provide symptom checks and increasingly diagnostics, says: “There is not an area in our lives where AI is not already doing a big job – it is all around us.

“Using AI will free up doctors and nurse time. There are so many combinations that no human brain can compute all of them and that is why one in eight of NHS diagnoses are wrong. It is not that the doctors are bad, it is just that it is mathematically impossible to configure all these in your head.

“Simple stuff will be done much better by machines, but then humans will be able to do the treatment – the surgery, the care – more effectively and with more time for empathy.”

The statistics underscore his point: there are 10,000 known human diseases and the British National Formulary, the Royal Pharmaceutical Society’s pharmacology reference book, runs to 1,349 pages of detailed information from asthma to zinc adhesive tape.

Dr Parsa champions AI for its potency to process a forest of data into clear medical guidance with man and machine working in harmony. The revolutionary gains will come by AI interrogating the deep wells of medical information to devise disease prevention protocols to reduce the burdens from crippling conditions such as obesity, which costs the UK around £10 billion a year.

Investment is pouring into healthcare AI with Babylon securing £17.3 million funding and the Network Locum startup, which matches doctors with temporary vacancies, just announcing it has won £5.3 million in backing from BGF Ventures.

The NHS is certainly keen to take advantage with its chief executive Simon Stevens proclaiming that smartphones are “one of the most powerful diagnostic tools available”. NHS funding is being reformed to allow hospitals and GPs to apply for reimbursement for apps and devices on an approved list.

NHS England’s Small Business Research Initiative awarded £42 million of funds for NHS innovations in 2015 which have the potential to save £1.5 billion. 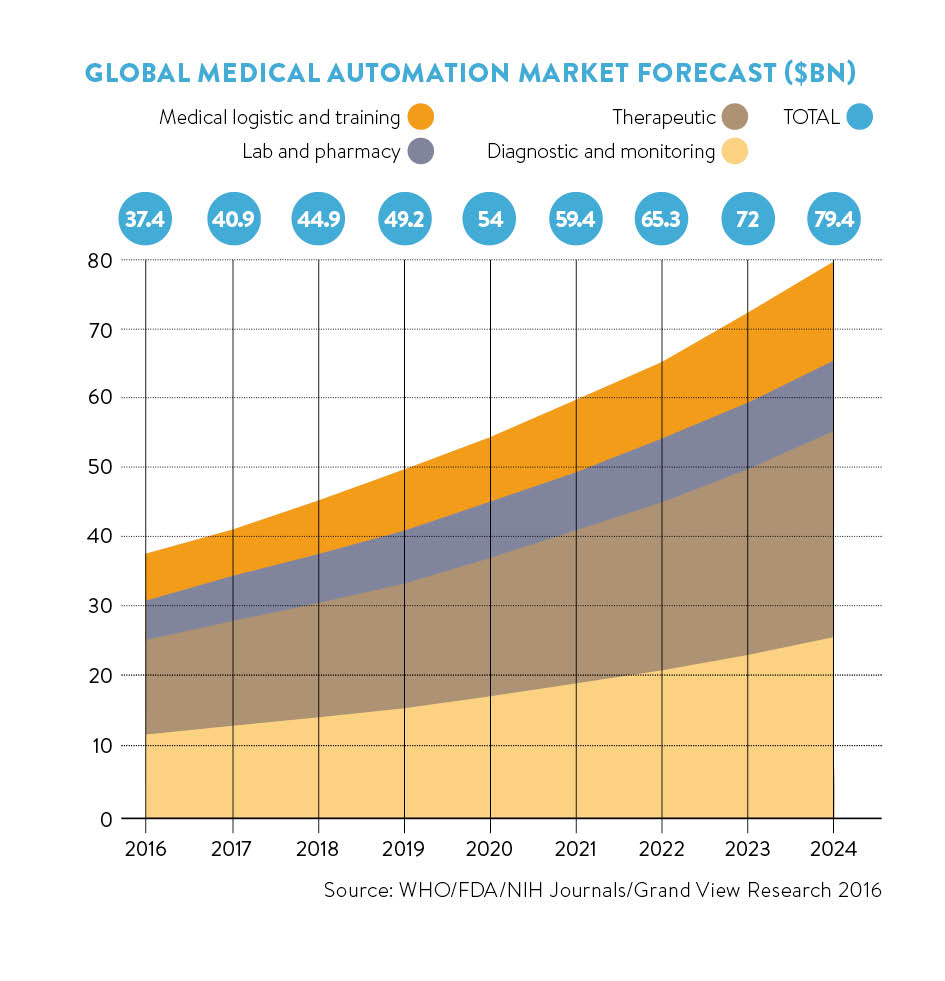 The honeypot is also attracting the big players Google and IBM. Google’s DeepMind project pledges to build technology tools that will support the NHS so it can continue to be free at the point of use. Its first visible effort is a collaboration with London’s Royal Free Hospital to develop an app for speedier recognition of acute kidney injury, which causes 40,000 deaths a year.

DeepMind is also working with the smartphone app Hark, developed by surgeon and former health minister Lord Darzi, of Imperial College Healthcare NHS Trust, London, which smoothes out communications across busy hospital wards. A pilot at St Mary’s Hospital, London, found that medical staff responded 37 per cent faster when alerted by the app than by pagers.

IBM is continuing to build the capabilities of its Watson system that aims to have the world’s health knowledge at the mercy of its superfast processors. Barely a month goes by without Watson rolling out demonstrations of how its machines outperform humans at virtually anything from playing word games to diagnosing nuanced strains of cancer.

The mechanics are in place, but the public still needs to learn to trust computers and have confidence their records will remain private.

Bleddyn Rees, digital health consultant at Osborne Clarke, also cautions that, although the NHS is data rich, a lot of work needs to be done to collate it into meaningful data sets.

“There is a wealth of clinical data stretching back 48 years, but the analysis of it and the conclusions that can be drawn from it are poor,” he says. “We are making massively insufficient use of it compared to financial services. Where is the equivalent of a Bloomberg or Reuters in healthcare?”

Harnessing computing and analytic skills from other industries is a tantalising prospect for the NHS which can be slow to adopt change, Mr Rees adds.

“The disruption will come from outside healthcare, and the exciting part is how the combination of wearables, data, modern systems and the predictive analytics will work,” he says. “People are now getting used to their car telling them when it needs a service, and the same approach with people could have a huge impact on individuals and patient groups.

“Whatever can facilitate this needs to be adopted at pace. Governments cannot afford to say we will do this in five or ten years’ time – the problems are here today.”

Manish Tandon, Executive Vice President and Global Head of Life Sciences, Insurance, Healthcare and HiTech at Infosys Limited, says: “Big data on its own is not a solution; it requires AI and automation to make personalised healthcare more sustainable, scalable and cost effective.

“AI based on knowledge management and machine learning can be applied to curate information, automatically learn from it, and recommend outcomes that amplify capabilities of the entire organisation. Automated processes reduce dependency on care-givers and can more quickly help introduce the model of personalised care that is the future of healthcare.”

The landscape of health is being redrawn, but for many GPs there are major concerns about a computer’s ability to see through the fog of symptoms and related personal information. Computers deal in empirical data; patients are driven by feelings, conceptions, personality – traits that are less readily factored into data-driven guidance.

Dr Sarah Jarvis, a practising GP, health educator and medical broadcaster, believes AI has a place in the future of healthcare, but not at the exclusion of the doctor-patient relationship.

“A machine cannot read subtle facial expressions and pick up on non-verbal cues, the sort of behaviour that gets doctors’ radar on alert,” she says. “One of my colleagues describes it as ‘not smelling right’ and AI cannot tell when something doesn’t smell right.”

The rise of AI devices could also put an added strain on services as they will be forced to insure their diagnoses by advising a check with a doctor, Dr Jarvis adds. 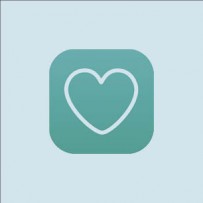 01 Babylon: A £7.99 per month subscription service that has attracted 300,000 users checking symptoms with a bank of 100 GPs and is about to demonstrate its diagnostic capabilities. It reduced waiting times by a week and resolved 79 per cent of consultations in a pilot scheme with an Essex GP surgery. Its aim is to connect a person’s health data – from genome imprint to daily steps – to create a matrix to provide early warnings and expert advice in real time. 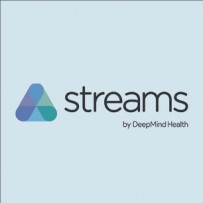 02 Google DeepMind: The internet giant promises much from its dedicated healthcare division and the first app, Streams, is supplying blood test results instantly to clinicians to help the treatment of kidney patients. A trial at the Royal Free Hospital, London, enabled doctors to intervene rapidly and improve the care of more than 50 per cent of patients at risk of kidney failure. It is also developing the Hark system that improves hospital medical efficiency. 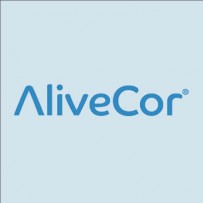 03 AliveCor: A £65 smartphone heart monitor that can detect abnormal rhythms when a person places two fingers on an electrode for 30 seconds. The device, which works on the same principles as an electrocardiogram, provides results that can be transmitted direct to a doctor. It has been hailed as a game-changer in detecting atrial fibrillation, which affects 1.8 million people in the UK and is a major cause of stroke. 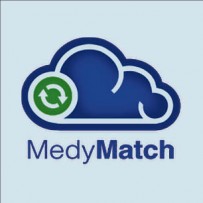 04 MedyMatch: A decision-making tool used in hospital emergency departments that uses machine learning to interrogate a well of data, from patient information, disease records, diagnosis history and imaging results, to help physicians reach informed decisions under extreme pressure. It is being trialed in stroke departments where fast, on-the-spot diagnoses are critical to saving brain function. “With actionable insights, so they can perform the right treatment immediately, this effective acute treatment prevents years of chronic-condition care,” the company says.