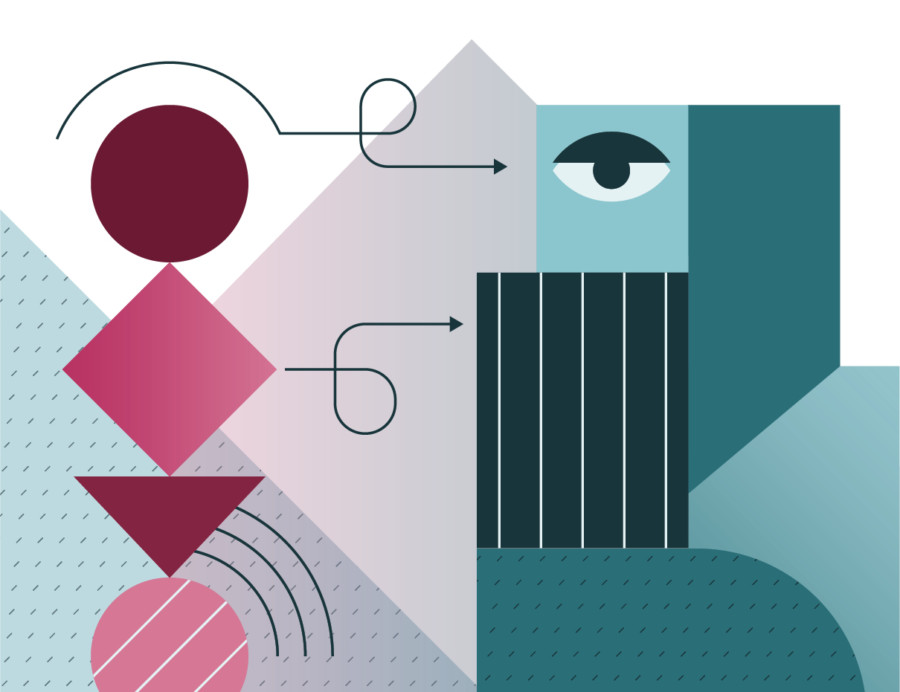 Since Facebook launched in 2004, the industry most disrupted by the social network has been the publishing business. While Facebook has continued to gobble up advertising dollars from legacy media organisations, it has long resisted accepting its own role as a publisher. But industry experts say all this has to change.

“Mark Zuckerberg needs to grow a proper moral compass and accept that he is a publisher,” says Mark Ritson, marketing professor at Melbourne Business School and columnist. “He continues to hang on to this tenuous thread that Facebook isn’t a publisher with all the responsibilities of copyright, news and societal impact.”

Regardless of Facebook’s brand messaging, its user base, which now surpasses two billion, do view it as a media outlet. A 2016 report from the Pew Research Centre found that for 18 to 24 year olds, Facebook is their primary news source. “Facebook has to start looking at itself with the same sort of responsibility and integrity as a well-known newspaper,” says strategy consultant and author of Social Media Explained Mark Schaefer. “It has to think about truth and its influence.”

Advertising executive Sarah Golding, who is IPA president and chief executive of The&Partnership London, says she would like to see Facebook “confront its responsibilities proactively and head-on rather than either abrogating them by stepping away from participating in accurate news dissemination or leaving themselves open to regulation”.

At the beginning of the year, Mark Zuckerberg announced he was going to “fix” Facebook. In a post he wrote: “We currently make too many errors enforcing our policies and

preventing misuse of our tools.” A few days later, the News Feed was overhauled in a move intended to foster more engagement and tackle fake news by showing more posts from friends and fewer from brands and publishers.

Melbourne Business School’s Professor Mark Ritson says the announcement should not have come as a surprise as the platform has always been changing its format. Rather, Professor Ritson notes, the changes should be taken with a pinch of salt because “nobody really knows what’s going on at Facebook except for Mark Zuckerberg”.

What industry insiders want to see above all else from Facebook is transparency. “Facebook has a tendency to dump a whole tank of fuel on an issue, flick a lit match at it and walk away whistling ostentatiously to itself, leaving the rest of us to speculate at what the future holds,” says Phil Aiston, client strategist at digital agency Manifesto.

In June 2017, Facebook launched Hard Questions, a blog used to address uncomfortable topics for the platform, including “Is spending time on social media bad for us?” Mr Aiston says this idea could be developed into its own micro-area on Facebook, accessible from the homepage in the same way the Marketplace is given premium real estate. “By shining a light on their own activities, Facebook can reduce the amount of speculation and the festering negativity that ultimately occurs when decisions that affect 2.2 billion people are made behind closed doors,” he says. 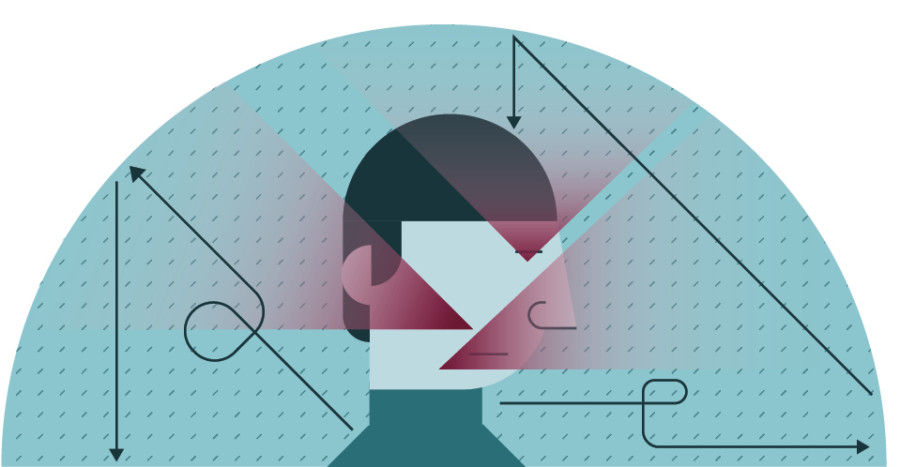 Facebook creates a filter bubble, the digital equivalent of an echo chamber in which algorithms serve users content on the basis of what they like, homogenising their world view. The impact of the filter bubble was acute in 2016, first during the UK Brexit referendum and then during the US presidential election. Personalised feeds served users with content that reinforced pre-existing beliefs, often from unreliable sources, and shielded them from opposing viewpoints.

Alex Hill, creative director and partner at SHARE Creative, a marketing agency based in London, says this has to change. “Whether it is the echo chamber effect, in which many connected friends with similar viewpoints post the same content over and over, or being consistently targeted with content that simply isn’t engaging, we all know the frustration of unbalanced content overload,” he says.

For Mr Hill, the next step for Facebook is giving control back to users. “We have seen tests and tools that allow fans to see all ad variants, if they look hard enough, but really the idea of controlling your feed yourself will fix the experience,” he says. “The challenge will sit with being transparent enough as brands to move with this level of user power.”

Jim Bowes, chief executive and founder of creative agency Manifesto, offers an even more radical solution to the problem. “Mark Zuckerberg should open source the feed algorithm to allow academics, coders, creatives and anyone else who fancies the opportunity to join a conversation about ethics, machine-learning and bias in the 21st century,” he says. 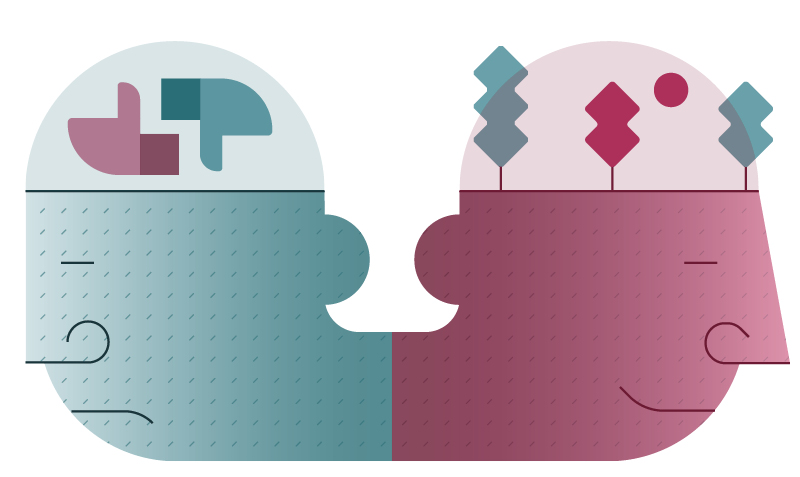 Last November, Facebook’s former president Sean Parker confirmed the platform was designed to be addictive and that it exploited “a vulnerability in human psychology”. His comments come as mental health experts are increasingly worried about the long-term impacts of using social media. A recent review of 65 studies on Facebook and mental health found the platform is linked to negative health effects including Facebook addiction, depression and anxiety.

Facebook could take a leaf out of REI’s book and their award-winning #OptOutside campaign. Launched in 2016 in response to a growing backlash against the consumerism created by Black Friday, the outdoor retailer did not hold a Black Friday sale and instead gave its 12,000 staffers the day off. Could Facebook do something similar to encourage its users to spend less time on the platform?

Priya Datta, head of social at independent media agency MC&C, thinks so. She says: “Facebook needs to refocus its objectives towards adding value for users, rather than increasing the time they are spending on the platform.”

Ms Datta points to the snooze feature rolled out at the end of last year, which enables users to mute friends, pages or groups for 30 days. Like many observers, she welcomes the feature as a good step in acknowledging how much time users spend on content they aren’t interested in, but she wants to see it go further. “To enable people to better manage the time spent on the platform, and to counter addiction, Facebook can extend this functionality and give users more control over their use of the platform,” she says.

The changes to Facebook’s News Feed mean users who own a page as a brand, business or publisher of content will see organic reach of their posts take a hit. However, the real impact of this is most likely to be negligent as Facebook has long been tracking in this direction.

However, while the News Feed changes do not affect the ad algorithm, some sectors are set to feel the pinch more so than others. Sarah Golding, IPA president, says: “The overriding sentiment from some of the UK’s leading media advertising agencies is it’s more likely to affect the smaller brands and publishers that rely more heavily on organic reach, rather than the larger advertisers that primarily rely on paid Facebook ads to drive engagement and traffic.”

In response to this trend, Gemma Butler, associate director of marketing at the Chartered Institute of Marketing, would like to see Facebook lend a helping hand to the smaller players on the platform. “Zuckerberg might want to consider how Facebook accommodates small and medium-sized enterprises and startups, those that are just starting out and need tools to engage with audiences,” she says. “With no social currency or credibility to help push these brands into their desired communities, Facebook’s new algorithms might hold back growth.

“User positivity is not just a benefit to the users themselves, but also an opportunity for businesses to create deeper and stronger connections to their communities.” 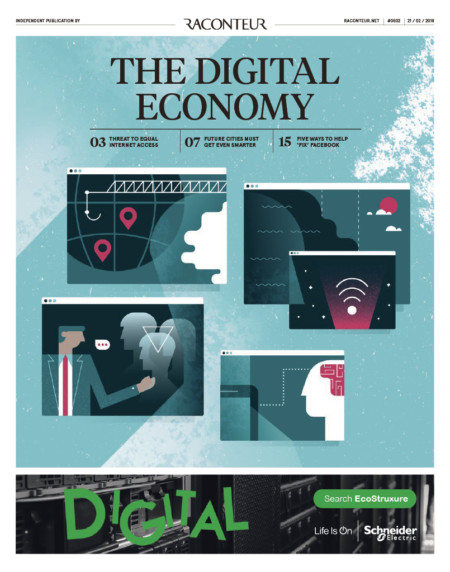 How COVID could change the UK economy