“Within ten years, regardless of your occupation, you will work alongside an artificial intelligence,” says Chetan Dube, president and chief executive of IPsoft, whose automation technology is already used by more than 200 companies from the Fortune 1000. In 1998, Mr Dube left his role as a professor at New York University to found IPsoft and make this vision a reality. The world of work is finally catching up with him.

McKinsey estimates that about 60 per cent of occupations could have 30 per cent or more of their constituent activities automated using currently demonstrated technology. The potential for automation varies between industries, but applies at every salary level. “Automation of knowledge work will be the megatrend of the 21st century,” says Mr Dube.

Enter Amelia, a cognitive agent IPsoft describes as “your first digital employee”. Amelia can communicate in multiple languages. She can consume natural language training materials. She learns by observing interactions between colleagues and customers and even senses emotions.

“There has been a lot of hype around cognitive automation technologies for four to five years,” says Shamus Rae, partner, and UK head of innovation and investments at KPMG. “Amelia is an example of the technology starting to deliver and to make the hype a reality.”

London’s Enfield Council, which receives 100,000 website visits each month, just “hired” Amelia to help process permit and licence applications via the site. You may soon meet Amelia processing your insurance claim, offering financial advice in your bank or working at your company’s IT help desk. Accenture created an entire Amelia practice this year. 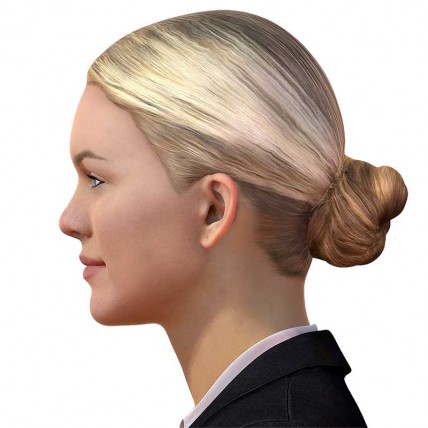 Paul Daugherty, chief technology officer at Accenture, explains: “We created the Accenture Amelia practice to help clients transform their business and operations, and take an important step forward in advancing the business potential of artificial intelligence.”

Deloitte, meanwhile, also announced an alliance with IPsoft. “There is very little doubt that the AI-cognitive space is real,” says Ranjit Bawa, cloud and infrastructure lead and principal at Deloitte Consulting. “We are helping many of our clients use the opportunity to truly transform their business operating model versus going after point solutions that automate a sub-optimal process. Cognitive platforms such as Amelia can be powerful in helping articulate the ‘art of the possible’,” he says.

The arrival of artificial intelligence (AI) in the workplace appears inevitable. It’s not a question of whether companies should introduce AI, but how quickly they will go out of business if they don’t. Accenture’s Technology Vision 2016 report, which polled 3,100 business and IT executives, found that 70 per cent of respondents are making significantly more investments in AI-related technologies than two years ago.

Those executives will have to learn how to staff, manage and lead increasingly automated organisations. Professor Tom Davenport, author of Only Humans Need Apply: Winners and Losers in the Age of Smart Machines, says: “There may be a managerial division of labour between those who can manage humans with empathy and inspiration, and those who manage machines on which empathy would be wasted.

“But the leaders of machines need to understand fundamentally how they work, when they need to be improved and when they are no longer useful. Knowing when to shut the machines down is a really important skill.”

Digital labour has the potential to increase drastically productivity. So should workers fear a future of man versus machine? “Be in no doubt that this is another industrial revolution,” says Mr Dube. “Many tasks we perform today will be taken up by digital employees. The true revolution, however, is not in replacing human workers, but fundamentally changing the roles they carry out to create new sources of value.”

Leaders in the field agree, envisaging a future of man plus machine, rather than man versus machine. “I believe it is very useful to adopt a philosophy of augmentation, rather than automation, from the beginning,” says Professor Davenport. “That assures humans they won’t be replaced just because of a machine and gives them the confidence to explore new ways to work alongside machines.” Mr Daugherty agrees: “AI needs to be designed with people in mind to not only do things differently, but also do different things in unison with humans.”

Creativity is among the most difficult of human capabilities to automate. Yet just 4 per cent of work activities across the US economy require creativity at a median human level of performance. Delegating routine tasks to cognitive technology could help unleash that dormant creativity. An AI colleague can become your wingman. AI can allow you to focus on what’s enjoyable, strategic and creative about your work.

Human beings have always built technology to augment their physical and mental capabilities. From the earliest Stone Age tools to the arrival of the internet, technology has effectively given us superhuman powers. AI-powered automation may also steer us towards being superhuman in a different sense, to focus on developing our most human capabilities from creativity to emotional intelligence.

New occupations will emerge which combine technology with our most human skills. Mr Rae comments: “If you want to know what to tell your children, make sure they can absolutely be creative and have not been industrialised too much by the education system.”

A true collaboration between man and machine, combining the strengths of both, could result in a revolution in human creativity. “A human mind is a terrible thing to waste,” Mr Dube concludes. “It should be doing things that are much more creative and much more rewarding.”