Powered by the internet, digital technology has transformed the world economy and positioned the UK at the forefront of its future development

Personal computers might have heralded the rise of the digital economy, but it is mobile devices – principally smartphones – that have sent it into another dimension, helping to embed technology into almost every aspect of our lives.

More than three quarters of adults in the UK now use the internet on a daily basis, according to the Office for National Statistics, and almost the same number (74 per cent) have made purchases online. On that measure the UK is at the forefront of the e-commerce revolution in Europe. Yet delving a little deeper into the figures reveals that British companies only rank eighth on the list of European countries for the proportion of firms that sell their products online.

Getting a grasp on the true extent of the digital economy is an ongoing challenge for statisticians and researchers. In the words of Derek McAuley, professor of digital economy and director of Horizon at the University of Nottingham: “It’s the economy, gone digital: it’s everything.”

Almost 1.5 million people – or 7.5 per cent of the UK workforce – are employed in digital industries

Given that an ever-increasing number of companies are conducting some aspect of their business online, the old boundaries are becoming increasingly blurred. And as Professor McAuley adds: “The average broadband speed has got nothing to do with the penetration of the digital economy.”

According to the most recent official figures, almost 1.5 million people – or 7.5 per cent of the UK workforce – are employed in digital industries and job growth in this sector is expected to continue rising rapidly.

The biggest number is in London – more than a quarter of a million – but there are also significant totals in Bristol and Bath (just over 60,000), Manchester, Reading and Leeds. Strong employment growth has also been recorded in the past couple of years in Bournemouth, Liverpool, Brighton and Hove, and South Wales, as well as inner London.

While the digital economy is expanding and creating jobs throughout the UK, it has the potential to grow further, says Anna Rosso, a University College London academic who has co-authored a study for the National Institute of Economic and Social Research on using big data to measure the sector. “There is scope for more and more investment in this sector,” says Dr Rosso, who with her colleagues found that companies in the digital economy have a similar average age to those outside it, putting paid to the idea that the sector is dominated by startups.

In Professor McAuley’s view, the UK is holding its own in the digital race, with significant clusters of companies creating products, such as apps, in areas including Shoreditch in East London, while hardware-focused enterprises are based in centres such as Cambridge, also known as “Silicon Fen”.

“The UK is doing pretty well, but in Europe we do not have the same sort of ‘go get it’ VC [venture capital] mentality they have on the West Coast, which will invest in a business plan that’s still under development,” he says.

That is a crucial difference between the UK and the United States – American investors are more prepared to bet big and take greater risks. Britain needs to attract more venture capital to keep the digital economy expanding. It is also yet to produce someone of the calibre of Bill Gates or Larry Ellison, the founder of Oracle, who is single-minded in their determination to succeed.

As more small businesses enter the digital economy, there needs to be more government guidance around e-commerce, cyber security and data protection

But that is not to suggest that innovation is not taking place on these shores. The likes of Google and Apple do not always come up with new ideas or ventures in-house; they routinely buy UK startups whose technology or talent catches their eye. A case in point is DeepMind, a London-based artificial intelligence company whose aim is to develop computers that think like humans. It was bought by Google early last year for an estimated £240 million.

While altering the mindset of venture capitalists might be a challenge, Professor McAuley raises another, potentially far more significant topic: building trust in the digital economy. In his view, many consumers have become reluctant to give out their real details online for fear of it being sold or stolen. As a result, companies need to start behaving more ethically if trust is to be maintained, he argues.

As more and more small businesses enter the digital economy, there needs to be more government guidance for them around e-commerce, cyber security and data protection. Doing so on a mass scale would slash the average cost and potentially boost the economy at the same time.

Existing companies that want to make the leap into the digital economy can also learn lessons from their “digital native” counterparts, as Nicola Mendelsohn, Facebook vice-president, Europe, the Middle East and Africa, points out. Doing so can help them to come up with new ideas and processes, and leave traditional, hierarchical structures behind, she told a recent Deloitte report. And that is just what the UK must do if it is to become a world leader in the digital economy – forge new paths and beat the US at its own game. The race is on.

APP ECONOMY IS DUE FOR A BOOST 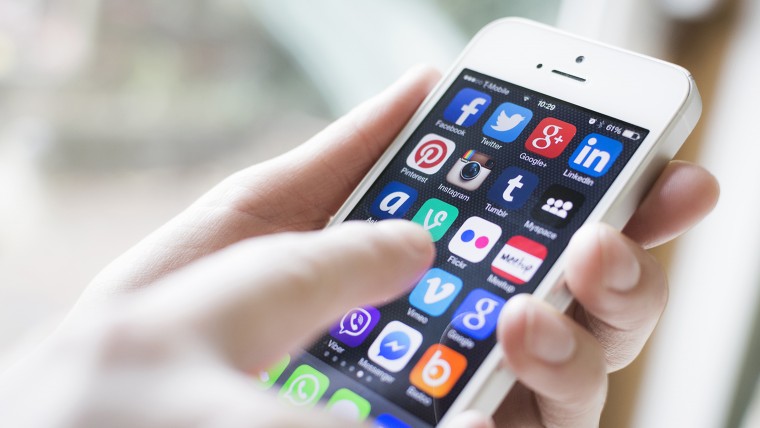 Once upon a time, in the years BS (before smartphones), we stood at the bus stop, hoping one might turn up sometime soon. Now all we have to do is click on an app to work out whether it would be quicker to walk than wait.

From keeping us connected with friends and family to entertaining us in a myriad of ways, apps have had a profound effect on our lives – and created a thriving industry in the process.

Apps are unquestionably big business and there is a thriving industry of developers across the UK who will typically charge corporate customers between £25,000 and £50,000 to develop one. Apple paid out a staggering $10 billion to app developers in 2014, while Google is thought to have distributed about $3 billion to Android developers from its Play store.

But given that about 38 million smartphones are in regular use in the UK this year – an increase of 9 per cent compared with 2014, according to eMarketer figures – the market may be levelling off.

According to the UK Mobile Consumer Survey, the average number of apps downloaded per user fell from 2.4 in 2013 to 1.8 last year. That could be because recent smartphone adopters – mostly those aged 55 and older – are less tech-savvy and are using their devices for simpler tasks.

More significantly for developers, most users appear decidedly reluctant to pay for apps. Only 12 per cent of users have whipped out their credit cards to buy an app or a subscription, or made any in-app purchases, such as additional credits for games, the survey found. That meant the average monthly spend on apps was a princely £1.20 per smartphone owner.

It is also worth pointing out that apps are becoming ever-easier to create, in the same way that building a website is now a matter of dragging and dropping. “The tools that we use to create these things are getting better all the time – and getting better faster,” says Professor Derek McAuley of Nottingham University.

Yet it is not all doom and gloom for the app economy. The imminent arrival of the Apple Watch is expected to spark a new gold rush for developers as they adapt existing apps and come up with new ideas based around its health monitoring capabilities in particular.

Smartwatches are also set to become the key control device as more and more devices in the home become connected to the internet, which will create another new app market.