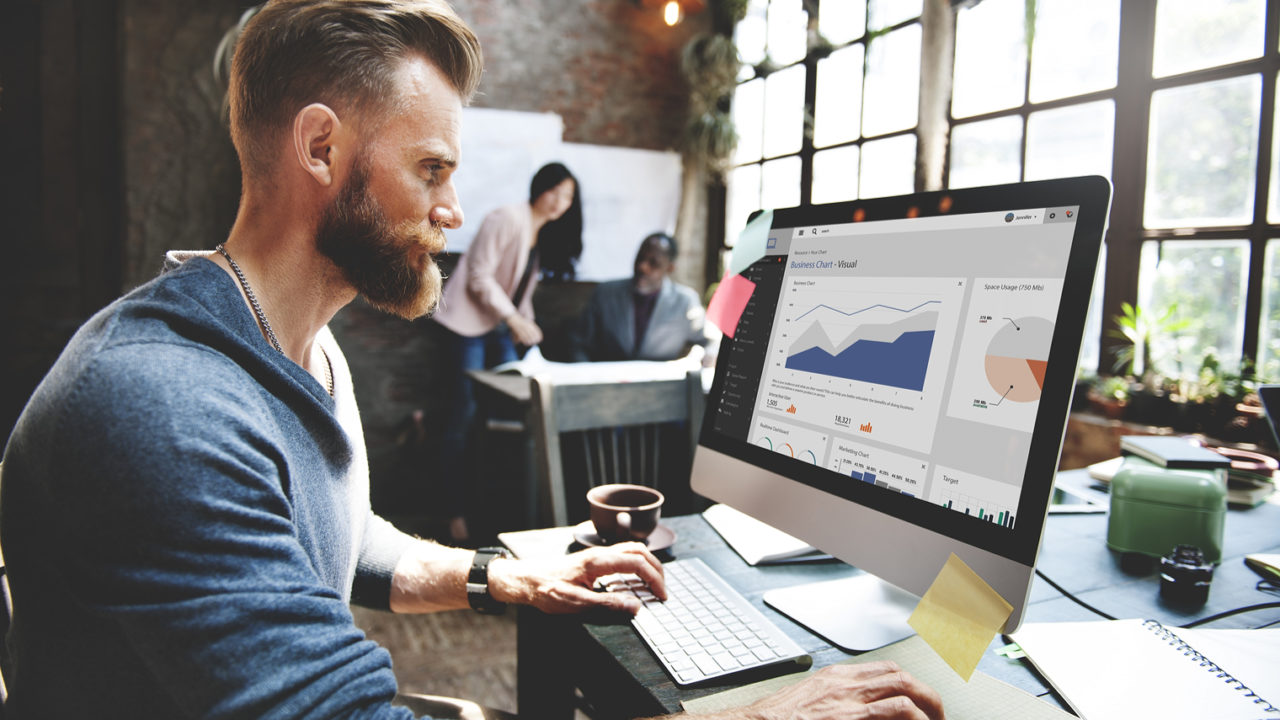 Big data keeps getting bigger. We create 2.5 quintillion bytes of data every day, according to IBM. As much as 90 per cent of the world’s data has been created in the last two years alone.

The information that companies collect – whether structured, such as sales records, or unstructured, like customer feedback – can play a crucial role in decision-making processes. Yet to really create a competitive advantage through information, business leaders must promote data-gathering as part of a comprehensive business strategy.

Former chief information officer (CIO) turned digital adviser Mark Ridley says data is a very specific but company-wide asset that has to be considered, controlled and managed. He says it is crucial to recognise that the rise of shadow IT means disparate teams and individuals now hold information on a broad range of systems.

“The tendrils of data spread throughout the business,” says Mr Ridley. “To create effective and actionable insights, you have to pull all of those elements of data together into one place, so senior executives can make decisions informed by data at a scale that has never previously been possible.”

Increasing numbers of organisations are appointing chief data officers (CDOs) to help manage the data management process. Gartner says the number of CDOs appointed by major organisations rose from 400 in 2014 to 1,000 in 2015. The analyst predicts 90 per cent of large companies will have a CDO by 2019.

The CDO position covers a broad remit, including data governance, decision-making and the creation of business value. Yet the appointment of an executive, no matter how senior, is no guarantee of success. Successful data management remains a fast-moving target. 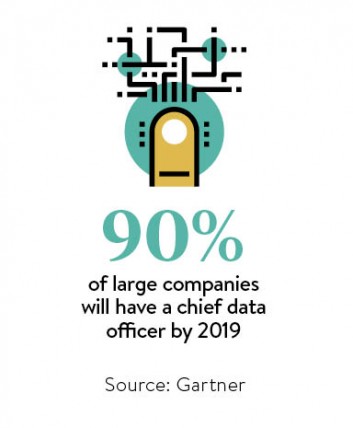 Interim CIO Christian McMahon, who is managing director at transformation specialist three25, says most companies, particularly those that do not have the IT and financial resources to install a CDO, will never extract the true value within their data. Many firms will struggle to even start the data-sifting process.

“Any organisation that doesn’t use data to make calculated decisions and improve their products is not only going to miss the metaphorical boat, but also not be around to catch the next one,” says Mr McMahon.

He says value comes from identifying trends and pushing insight to customers in real time. The pressure to create a competitive differential through information continues to grow and some executives could fall short.

“As a business leader, you need to rethink the strategy of how you want to interact and engage with your clients, and that ultimately leads back to what information and data you need to record through your interactions with them,” says Mr McMahon.

A key element of an effective strategy relates to data protection. While statistical analysis of big data can be great for businesses and their customers, any impact on the confidentiality, integrity and availability of information can be disastrous.

Harsh penalties exist for firms that intentionally or unintentionally abuse an individual’s right to privacy. The European Union’s General Data Protection Regulation (GDPR) is due to come into force in May 2018 and will see companies fined up to 4 per cent of their global turnover for breaches.

The UK’s recent decision to leave the EU has led some experts to question what the Brexit vote means for data protection, particularly in terms of GDPR.

Hitwise noticed a 33 per cent increase in searches around the terms Brexit and GDPR in the run up to the referendum. “Britain is clearly considering the impact of Brexit on the legislative landscape,” says Nigel Wilson, managing director at the data research specialist.

Chiara Rustici, who is an independent GDPR and EU privacy analyst, recognises C-suite executives are looking for a clear “yes” or “no” answer to whether Brexit puts plans for GDPR implementation on hold.

“The question is pressing because it takes longer to do things to data than it takes to state things about data,” she says. “Privacy notices can be updated quickly. Changing the IT architecture to handle data portability or erasure across all storage mediums involves resource-intensive, large-scale programmes.”

The technical challenges involved leave Mrs Rustici to suggest chief executives and CIOs deserve a crisp, no-nonsense answer, and that most privacy colleagues agree the right response is to keep GDPR implementation on track and to not let Brexit be a distraction.

It is a sentiment that resonates with Tim Holman, chief executive and founder of cyber security consultancy 2-sec, who says Brexit does not represent a “get out of jail free card”. He says a UK company will be exposed if it has operations in an EU member state, EU customers or just a splash of an EU citizen’s personal data on their systems.

Mr Holman also points to the Extradition Act 2003, which states UK individuals and companies can be extradited for breaking another state’s legislation. Not only would a UK company be held liable for a data breach of EU citizens’ records, so would its chain of command.

“Does that leave a negligent CEO with a prison sentence, should their company experience a massive data breach? I’ll leave you to think about that, but in the meantime plan for GDPR. Plan for it now. Brexit won’t stop Brussels putting GDPR into force,” warns Mr Holman.