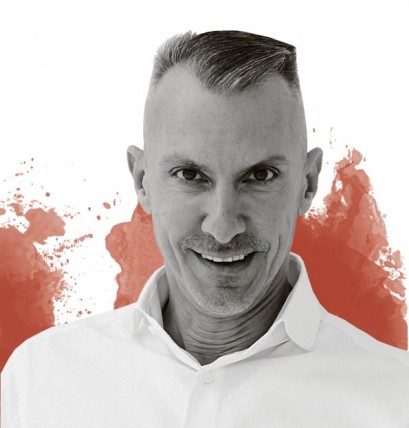 Having worked his way up the department store hierarchy from perfume spritzer to senior vice president, Ed Burstell came from a glitzy party-filled New York life in 2008 to take the helm at Liberty, with its 140-year-old mock-Tudor edifice just off London’s Regent Street.

Arriving as online retailing, turbo-charged by the adoption of smartphones, was entering the mainstream and just before one of history’s biggest recessions, Mr Burstell has had to navigate some choppy waters over his eight-year tenure.

But he and his management team have managed to take a listed building that allows for little renovation or in-store branding and build on a global recognition of the Liberty name, to find a way to serve customers in a very different world to the one when Arthur Lasenby Liberty set up shop in 1875.

“You can’t say, ‘I’m a department store and now I’m a dinosaur’. You have to change and you have to change fast,” says Mr Burstell. “It’s quite an exciting time in retail because in hindsight you wouldn’t have put a store over here and a website over here, you would have started everything together.”

He is well aware that although customers are increasingly likely to research and buy products online, they still like a physical store; something that in Liberty’s case is at the heart of its brand. So retailers must make any move between the online and the offline experience as seamless as possible.

Mr Burstell cites Apple as getting this balance right and says the firm understands how to create an appealing physical location in the midst of so much online commerce. “They create this amazing space where you want to be and that happens to sell a lot of products,” he says. Apple also understands what underpins the future of retail – customers want to buy into an experience that fits their lifestyle as much as buy products.

He takes aim at those who aren’t thinking hard enough about integrating into a customer’s lifestyle. “I laugh sometimes when I read those stories about ‘We’re going to target millennials’; I read one today because Starbuck’s is going to serve beer and wine,” he says.

“A company’s proposition needs to be edited into somebody’s life with all the right pieces. That’s what a store has to do – it has to constantly edit and focus, otherwise it’s just a series of disjointed experiences.”

When walking into Liberty in ten years’ time, he hopes that the experience – “the DNA” – won’t have changed much, that there is “just the right balance of technology in a building that was cleverly designed from the beginning”, and that gives customers what they want as effortlessly and quickly as possible. 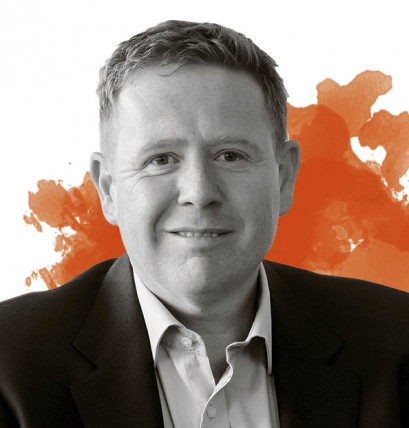 “Retail’s always been in my blood,” says Mark Palmer, who runs the marketing team at Pret A Manger, a £600-million food and drink retailer normally known more simply as Pret.

“The thrill of marketing for a retailer is the ability to go more directly, one to one with the customer. It’s faster, there’s far more ability to get it right or wrong and you’re only as good as your last day.”

He realises there must be a seamless feel between any online and offline interactions with a brand or even different channels – Facebook and Twitter, say – but the offline side still has a large part to play. “Interestingly, as customers are having a more and more digital life, they’re having less human interaction with brands,” says Mr Palmer.

“We’re certainly investing in digital channels, but we think there’s still a terrific opportunity to inject some good-quality customer service in a pleasant, buzzy environment, which is becoming rarer and rarer on the high street as people are forever glued to their phones and hence in digital transactions.”

But what Pret A Manger couldn’t do is to offer one-to-one niche interactions like Not Just a Label can, for instance, with their high-end designers. Pret is a mass-market brand and any attempt to present itself as a small niche player wouldn’t be authentic.

Instead it’s engaging customers in other ways. One of the most striking examples is its recently opened vegetarian pop-up store in London’s Soho. Pret realises consumers want healthier food and less meat-based options than they once did. The proportion of vegetarian food it sells has skyrocketed in the past five years and the pop-up experiment has allowed it to capitalise on this trend, connect with customers in a meaningful way, and allow it to provide an experience that other mass-market food retailers aren’t.

“We put about 60 new lines into that shop and asked customers to rate them, so it’s almost a live audition. We’ve had 11,500 individual customer responses where they’ve actually rated food. It shows you how keen customers are to help you innovate if you involve them in the process. And several of those ideas you’ll see up and down the country in Pret shops very soon,” says Mr Palmer.

He is also excited about this kind of retail innovation as a consumer. He’s looking forward to engaging in a more personalised way with a brand. He says brands need to understand customers as individuals because then customers will be prepared to invest their time and money in the brand.

“That’s the excitement and I think that’s also the hardest thing for brands to deliver, but those are the brands we’ll all like in our lives,” says Mr Palmer.

CHIEF EXECUTIVE
NOT JUST A LABEL 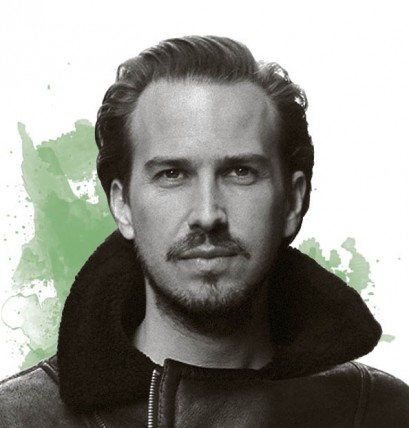 Stefan Siegel seems well suited to a job that involves battling the big business of fashion. He started at a prestigious military college in Vienna, then modelled all over the world for the likes of Prada, before ending up at Merrill Lynch in London and New York advising fashion houses on retail strategy.

He launched Not Just A Label in 2008, which is now a leading online platform for emerging fashion designers. He talks engagingly about fashion retail, which he says is “a system that hasn’t changed very much in the last couple of decades” and is something he wants to rectify.

Mr Siegel knows the industry must provide the right kind of experience for customers. Customer experience is no longer about the service that a customer receives but, as Ed Burstell at Liberty says, the way “it fits into a customer’s lifestyle”.

The Not Just A Label boss says: “The truth of the [fashion] stores and the high cost of the product that we find on Oxford Street or Bond Street is not a very pretty one. And I think that brands have been very careful in telling a fashion story that starts with the finished product and takes you along the way of celebrities and sales, and fashion weeks and outlets.

“Unfortunately we have lost the difference between values and value. And so for young people it’s hard to understand why they should spend £300 or £400 on a pair of shoes if they can get them for £9.99.

“Equally, it gets harder for a brand like Gucci to justify £2,000 on a handbag if those get produced half a million at a time. So there’s a massive opportunity for us to look at the business model and do it in exactly the opposite way.”

He sees retailing splitting in two. “Certain shopping experiences need to become much more automated,” he says, adding that virtual reality will play a role. “Imagine you could sit at home and have this virtual reality experience of walking into a designer store that is actually a movie set in Arizona.

“On the flipside, that opens a lot of real estate we can then start using in a different way, and we almost go back to medieval times where you go to the maker and it becomes an experience to have things made for you.”

Not Just A Label has already done this by opening physical stores for short periods. Last Christmas it opened a store in the famous Waldorf Astoria hotel in Manhattan, and showcased little-known designers from New York. Wealthy professionals working nearby could interact with the designers and find out a lot more about the pieces they were buying.