Organic, free-range and biodynamic methods differ greatly from conventional farming practices, but consumers can struggle to know what they are getting

The organic sector only accounts for about 1.4 per cent of the UK food and drink market, according to the National Farmers Union (NFU), but it is one of the few growth sectors in the market.

This is partly the result of increasing consumer concern about issues such as antibiotics in meat, the chemicals used to treat crops and a general unease about the intensification of agriculture.

People are also more concerned about where their food comes from and how it is farmed, and organic farms are able to demonstrate the provenance of their products in a way many, although by no means all, conventional farms cannot.

Is organic the answer?

The Soil Association says that about 31,000 tonnes of manufactured chemicals are used in farming in the UK every year to kill weeds, insects and other pests that attack crops, while in the past 60 years 98 per cent of wildflower meadows have disappeared.

Organic is one answer to these concerns, and the most high-profile one, although by no means the only one. There is a range of other “natural” farming techniques such as permaculture, biodynamics and no-till or min-till (minimum-till) farming.

The official definition, from the Department for Environment, Food and Rural Affairs (DEFRA), says: “Organic food is the product of a farming system which avoids the use of man-made fertilisers, pesticides, growth regulators and livestock feed additives. Irradiation and the use of genetically modified organisms (GMOs) or products produced from or by GMOs are generally prohibited by organic legislation.” 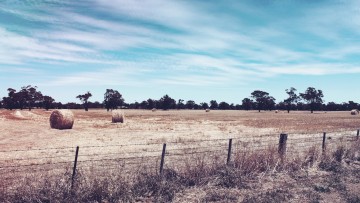 This essentially means, its proponents claim, that it works with nature, not against it. The key feature of organic farming, for many in the sector, is its impact on soil health. With around ten million hectares of cropland abandoned worldwide every year because of soil erosion and a loss of productivity, soil fertility is an increasing issue for all farmers.

Many of the problems are caused by excessive use of fertiliser, herbicides and pesticides, and the “monoculture” nature of many farms where the same crop is grown year after year so the soil is unable to replace the nutrients that are lost, meaning more artificial inputs are needed to produce crops.

“Intensive agriculture causes soil erosion, chemical run-off into water systems, and can mean some weeds and insects become resistant to herbicides and pesticides,” says DEFRA. “Organic farming on the other hand doesn’t rely on synthetic or petroleum-based pesticides or fertilisers. It significantly reduces water and soil contamination.”

Organic farms also encourage wildlife by maintaining hedgerows, banks, ponds and other areas on the edge of farms. They play a key role in combatting climate change as well. Agriculture causes 14 per cent of greenhouse gas (GHG) emissions globally and the widespread adoption of organic farming practices in the UK could offset at least 23 per cent of the sector’s current GHG emissions.

Organic farming is covered by a strict certification system. You must register with an organic certification body to produce, prepare, store, import or sell organic products, says the NFU, and your produce must be inspected and certified by one of the UK’s nine organic control bodies.  It takes two years to get certified as an organic producer and during this period your land is classed as “in conversion”. You can only sell your produce under the organic banner once fully organic and out of the in-conversion stage.

There are also strict guidelines on animal welfare, including how animals are kept, fed, transported and slaughtered, as well as the use of antibiotics and hormones. Control bodies inspect organic farms at least once a year through both announced and unannounced audits.

“When people buy organic, mostly it’s shorthand for trust,” says Guy Watson, founder of Riverford Organic Farmers, one of the biggest producers of organic food in the UK. “There’s still a lot of distrust in the food chain and organic is seen as a safe retreat.”

But organic farming is not the only antidote to conventional agriculture. No-till or min-till farming is equally concerned with soil health, but takes a different approach. While organic farmers plough fields to control weeds, min-till farmers do not plough at all because ploughing or tilling disturbs the soil and leaves it susceptible to erosion.

Biodynamics, the forerunner of organic farming, was introduced in 1924 by Rudolf Steiner, who also founded the Steiner school movement. All biodynamic farmers and growers practise organic methods of cultivation and are against genetic modification or GM, but there are important differences, says the Biodynamic Association.

“Biodynamics has metaphysical and spiritual roots that organics does not. Biodynamics thus embraces the mystery of all life processes, including the subtle and energetic realities that are not necessarily easy to measure or justify using current scientific methods,” it says.

This manifests itself in some practices that appear unusual to many farmers and consumers. For example, biodynamic farmers use field sprays made from cow manure and quartz meal, known respectively as horn manure and horn silica. Horn manure is cow manure that has been fermented in the soil over winter inside a cow horn. Horn silica is finely ground quartz meal that spends the summer in the soil embedded inside a cow horn.

In practical terms, biodynamic systems require a calendar of activity that observes the movement of sun, moon and planets for successful sowing and cultivation, says Tim Field of Agricology, a group that supports “practical, sustainable farming regardless of labels”.

There are also compost preparations made from medicinal plants, such as yarrow, chamomile, stinging nettle, oak, dandelion and valerian, which are prepared in a variety of esoteric ways and added to the soil.

For the yarrow preparation, yarrow flowers are encased in a stag’s bladder, hung up in a tree over summer, then buried over winter, while chamomile flowers are encased in a cow’s intestine and buried over winter. Chamomile is connected with living calcium processes and helps to stabilise plant nutrients, dampen down excessive fermentation, and invigorate plant growth.

All these practices are certified by the sector’s certification body Demeter, but perhaps the most surprising thing about biodynamics is that there is research to back it up. A study from UCLA found that biodynamic wines tasted better than their conventional alternatives, for example.

Ultimately, all these farming techniques are part of a continuum that farmers adopt to make their system more sustainable, says Mr Field, and an increasing number of conventional farmers are adopting some of these techniques. However, given that there are considerable differences between free-range, organic and biodynamic produce, consumers need clear labelling so they know what they are buying.