Should robots resemble humans or be easily distinguished from their masters? 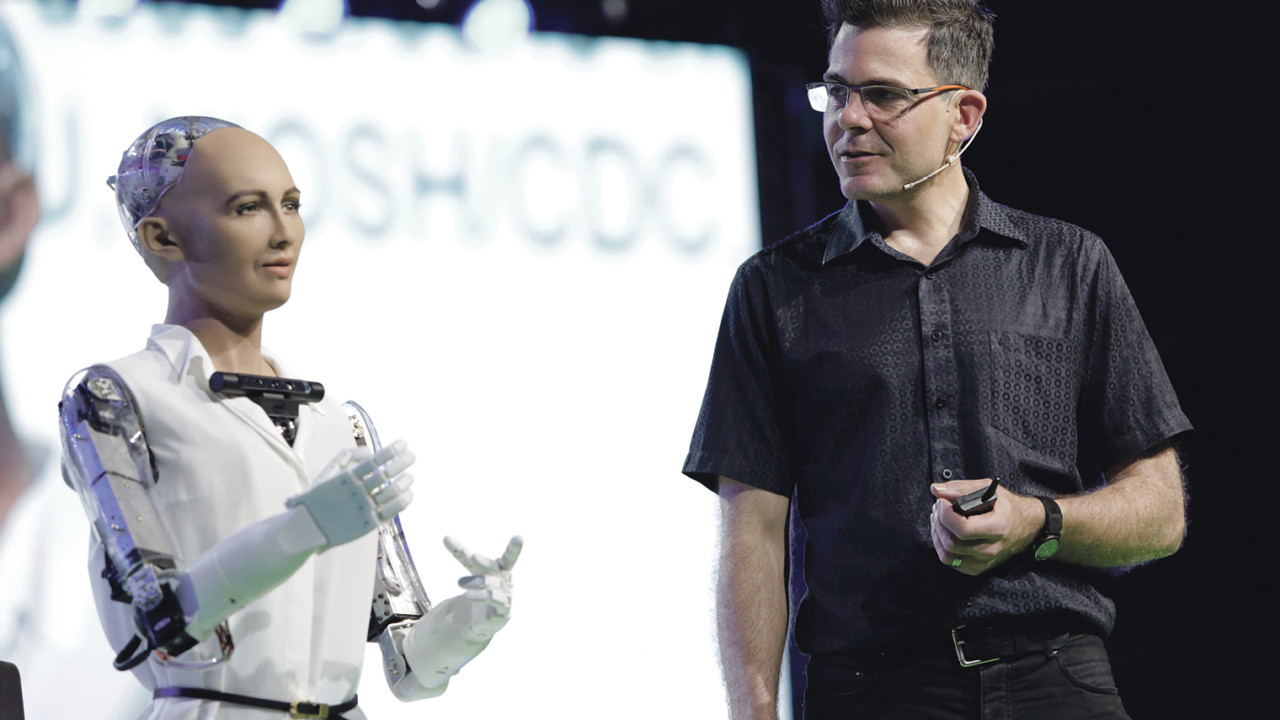 Once a dystopian sci-fi fantasy, today the possibility of owning and working with humanoid robots is very real. Whether we welcome or fear them, we do expect them.

Dr David Hanson, creator of Sophia, a convincing humanoid robot equipped with artificial intelligence (AI), claims: “In the not-too-distant future, genius machines will walk among us. They will be smart, kind and wise.”

Modelled on Audrey Hepburn, Sophia can converse, make facial expressions and gesticulate with her hands and arms. But through her clear skull we can see the technology that powers her.

Such robotic marking is a nod to Japanese researcher Professor Masahiro Mori’s theory, formulated in the 1970s, that when robots are too humanlike it unnerves us, a sensation he called “the uncanny valley feeling”.

Sophia is certainly a curiosity, but do people really want or need robots in the home and workplace to look and act exactly like themselves?

Research shows that people can feel emotions for all kinds of inanimate objects. A study at the University of Duisburg Essen found that humans show empathy for robots that look like animals even though they know the robots aren’t real.

“Humans anthropomorphise all kinds of things; having robots look exactly like humans won’t be necessary to feel that they have a social presence,” says Dr Pamela B. Rutledge, director of the US Media Psychology Research Center.

During experiments, artist and robotics engineer Alexander Reben found people would tell their secrets to his robotic Blab Droids, which are small camera-equipped cardboard robots with big, doe eyes and a childlike voice. Mr Reben believes people talk to his robots because they are cute and unthreatening.

“It is easier to make something adorable that people feel comfortable with,” he says. “We know the characters we watch on TV are not real, but we play along with the fantasy.”

The structure of future robots will most likely be driven by purpose over aesthetics, says Dr Rutledge. “People don’t design things with no purpose because those things don’t last,” she says.

Building robots to make physical movements that are easy for people, like climbing the stairs, is technologically challenging and expensive. Getting them to do these movements and look convincingly human is even harder.

What a humanoid robot does is provide the illusion of a person, which makes them less scary, but it’s not necessary to get useful work done

Pepper robots, 10,000 of which are in use around the world, have a childlike shape, five-fingered hands and responsive eyes, but Pepper’s body is limited to gesturing with its arms and moving around on wheels, though it can answer questions and give directions.

“What a humanoid robot does is provide the illusion of a person, which makes them less scary, but it’s not necessary to get useful work done,” says Rich Walker, chief executive of Shadow Robotics, a UK company that builds dexterous robotic hands.

“To use the washing machine, for example, robots will need weighted grasp objects – something like hands – and ways to move around, but the robot doesn’t need to look completely human,” he adds.

According to the International Federation of Robotics, the market for personal service robots in the home is progressing rapidly with sales of all types of robots for domestic tasks, such as vacuum-cleaning, lawn-mowing or window-cleaning, projected to reach an estimated value of around $11 billion by 2018-20.

However, one of the fastest developing areas for social robotics is for the elderly. Care homes in Japan are using humanoid robots to combat loneliness and to interact with people in the early stages of Alzheimer’s disease.

It seems robots need to resemble humans or something people can relate to for social acceptance, but not necessarily to be indistinguishable from people.

Futurologist Ian Pearson says the rate of technological development means the “uncanny valley” will be surpassed by 2040, when people are buying fully functioning, mid-range AI-incorporated robotic household assistants. But just because they can look like us doesn’t mean they will.

“Once the technology is cheap enough, robots will come in all shapes and sizes, but we will probably buy robots that we think are cute, which often means human or pet like,” says Mr Pearson. “But the variety will no doubt be endless.”