Switzerland is the place to meet

From the palm trees of the Italian speaking Lugano, to the spectacular views from Hotel Pilatus-Kulm in Lucerne, for a small country, Switzerland packs a punch for meetings and events.

Four languages and wide-ranging cultures make Switzerland popular with the international association meetings market. The country regularly occupies a place in the top 20 nations. In 2014, Switzerland was ranked 16th,1 attracting 226 meetings which meet the stringent qualifying criteria laid down by the International Congress and Convention Association (ICCA).

As association and corporate meetings increasingly align themselves with a destination’s sector strengths, Switzerland’s centres of excellence are well placed to take advantage. It is a world leader in clean tech, consistently in the top 20 in the Yale Environmental Performance Index,2 while medical and biotech is well catered for as Switzerland is home to the highest density of biotech companies per capita in the world.

Elsewhere, Basel is a huge player in the pharmaceutical market, home to the world research and production headquarters of Novartis. Such is the lure for pharma companies to stage meetings there, UK event management agencies such as WRG have opened offices in the city.3

For automotive, the annual Geneva Motor Show has an undeniable pull, and its location at the 106,000sqm Geneva Palexpo4 affords opportunities for beautiful test drives and media launches on the shores of Lake Geneva. 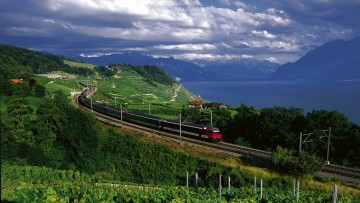 Underground, the world’s brightest scientific minds are uncovering the secrets of the universe at CERN, the European Organization for Nuclear Research. Here, a new meetings facility will be available this year, the striking Globe, a symbol of science, innovation and sustainable development. Opening in April, the timber structure conceals a 250-capacity auditorium, which can be hired in exchange for a donation to CERN’s not-for-profit foundation.

Driven by scientific and medical advances, it is little wonder Switzerland has topped the Global Innovation Index for three years running, ahead of the UK and Sweden.5 And with super-sleek conference venues such as the energy efficient – its solar panels generate twice as much as it needs –Swiss Tech Convention Centre, on the campus of the École Polytechnique Fédérale de Lausanne, the Switzerland Convention and Incentive Bureau (SCIB) is confident of its position as an innovation hub.

It’s SCIB’s experience in the market that allows it to follow this innovative path. Having celebrated its 50th anniversary in 2014, SCIB was the first national convention bureau in the world. In such a mature environment, the meetings landscape in Switzerland continues to innovate.

In 2008, the ten largest conference centres in the country pooled resources and increased their marketing power by forming the Swiss Convention Centres association, ranging in capacity from 500 to 4,000, and sharing common approaches to technology and sustainability to inspire and encourage creative thinking. The bureau has also launched an online meeting planner (www.myswitzerland.com/meetingplanner) allowing planners to compile complete conference itineraries from its resources.

A maximum 90-minute flight from London, accessibility is easy through international airports at Basel, Bern, Geneva and Zurich, and even the more “rural” regions towards eastern Switzerland and the Italian border are within two hours of an international airport by train. Here you will find the ski-incentive destinations of the Graubünden, including Arosa and the resort of Davos, which showcases its conference know-how each year when hosting the World Economic Forum.

On the ground, delegates can be moved around with ease. Cheap and efficient public transport on the integrated Swiss Travel System can double as meeting space to brief attendees on route to your destination city, by hiring a train carriage. 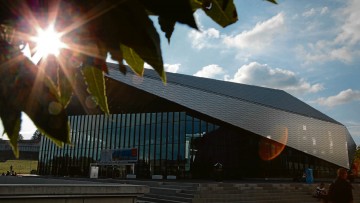 “Train drivers even apologise when they are just a couple of minutes late,” says Livio Goetz, SCIB’s UK and Ireland market manager. “In most destinations public transport is free with a hotel stay and our cities are easily navigable for delegates; Zurich is the largest city with just 400,000 inhabitants.”6 This, plus at VAT rate of just 8 per cent,7 helps explode a commonly held perception of Switzerland as an expensive destination.

One in five of all hotel room nights in Switzerland are related to meetings,8 and new hotel developments are keeping pace with demand. There is a particular strength in four-star accommodation, while the five-star Chedi Andermatt is the height of Swiss sophistication. Massive development at the resort will see the addition of a large conference hotel within the next two years.

A raft of new development includes The Circle on the doorstep of Zurich Airport. Two Hyatt hotels and a convention centre, with capacity for up to 2,300 people, are expected to open there by 2018.9 Also in Zurich, the Kongresshaus Zürich is finalising plans for a CHF240- million renovation, to be completed by 2020. In the south, another large meeting space has opened in the shape of the Lugano Arte and Culturale centre.

Switzerland is well served in alternative venues, too. Chillon Castle on the Montreux Riviera, White Pod in the Valais region, billed as eco-friendly, or the splendour of Bern’s 18th-century 700-capacity Kornhauskeller have inspirational meeting spaces to match their beautiful Swiss surroundings.