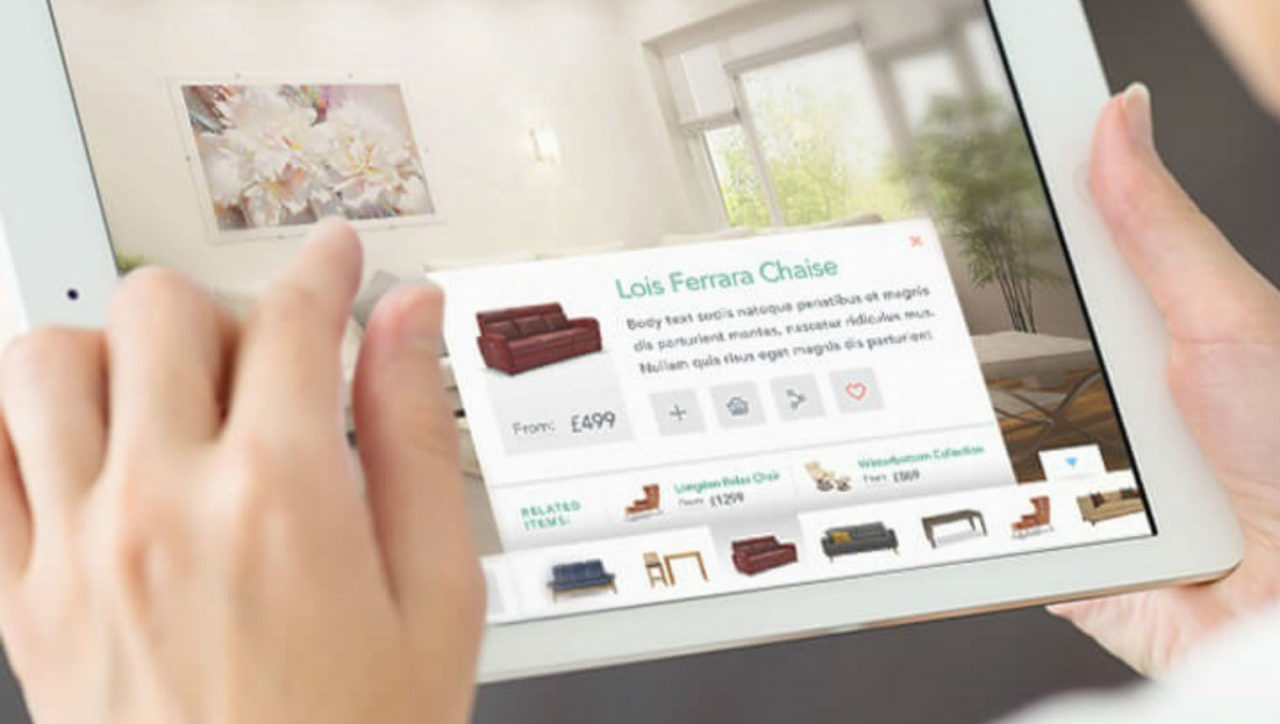 Growth in the UK’s online retail market is being hindered by a phenomenon that is causing consumers to put off buying products.

The problem is the “imagination gap”, which occurs when consumers can’t visualise how a product will look in their home.

A survey, commissioned by award-winning computer vision and machine-learning company DigitalBridge, found that 73 per cent of consumers had experienced this problem and delayed making purchases or put them off altogether.

David Levine, chief executive of DigitalBridge, which uses computer vision to allow customers to virtually “try on” furniture as well as wall and floor coverings within their own room, says retailers willing to embrace new technology can bridge the imagination gap and take a lead in the market.

“New technologies like virtual and augmented reality platforms have created great potential for retailers to add to their online offering,” he says.

“Early attempts to integrate this type of technology into apps have been largely disappointing and failed to actually help customers make those buying decisions.

“Some retailers have offered the chance to preview paint colours, for instance, but only within pre-installed room models. Some furniture retailers allow you to view 3D images of products, but they can’t be scaled and placed in your own room.

“Photo-visualisation, computer vision and machine-learning technology, pioneered by companies such as DigitalBridge, is not just allowing consumers to preview products in their own rooms, but is enabling them to remove products from the image and replace them with new items.

“Retailers are being given the opportunity to revolutionise digital shopping experiences. Businesses that grasp this potential earlier will be able to shape the future of online retail, as well as underline their omnichannel credentials.”

The UK home decor market is a multi-billion-pound industry and a major contributor to the economy. The country’s furniture retail market alone produces £10 billion of products a year while the UK floor and wall covering, and home furnishing markets contribute £5 billion, with the latter markets expected to show a combined 15 per cent growth between 2012 and 2017.

The US market is even bigger, with the furniture sector adding $16 billion to the US economy.

But with the UK’s online retail market growing 18.5 per cent a year, according to Office for National Statistics figures, and internet sales now making up 14.3 per cent of all retail spending, businesses need to look more closely at their digital offering, particularly in the area of home improvement.

According to DFS, more than 70 per cent of its upholstery customers begin their research online. During a three-month period this year, about 70 per cent of the company’s web sales came from customers that have not visited a DFS store.

Early signs for companies willing to invest in innovative technology are good, with nearly 40 per cent of customers confirming they would be more likely to make a purchase if they could visualise a product in their home.

As part of John Lewis’ JLAB accelerator programme, DigitalBridge was invited to trial their platform in-store with the retail giant.

The tool received an 83 per cent approval rating, with many customers saying they had made purchases as a direct result of using the technology.

“The main benefit of computer vision in a retail setting is that it allows customers to see home decor products in their own rooms with their own lighting and their own mess,” says Mr Levine.

“But retailers should not just rush into implementing new technology. It is vital they conduct in-depth research about the shopping habits of their customers to gauge whether these tools will be a benefit.

“The technology is still in its relative infancy. Advancements in 3D imaging on commercial phones are adding extra potential.

“With the advent of technology, such as Google Tango, Intel Realsense and the Occipital Structure Sensor, consumers can create 3D scans of their rooms, making it easier to measure room space, see if that furniture fits, and start to create new kitchen, bedroom and bathroom designs.

“Customers who are concerned what a particular wallpaper, paint colour or sofa will look like at home don’t have to imagine anymore. This technology can show them exactly what it looks like. This is the ‘undo button’ in interior design.”

For more information about DigitalBridge please go to http://digitalbridge.eu/

For press information contact Michael Davies at PR Agency One on michael@pragencyone.co.uk