The regulation of payment systems is undergoing major change in the UK. In late-March the government published a consultation paper, Opening up UK payments, which proposed replacing the industry-run Payments Council with a “competition-focused, utility-style regulator”. Now the industry is scrambling to adapt to – and benefit from – the new regulatory landscape. With UK payments poised between the old and new worlds, five experts discuss the potential pitfalls and the prizes to be won. Daniel Hinge poses the questions 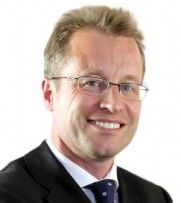 Payment services director at VocaLink, he is responsible for the Bacs, Faster Payments and LINK schemes, as well as relationships with the Bank of England and the Treasury.

Head of payments at KPMG, he has held roles throughout the payments industry, including at Barclays, CHAPS, EBA, ECB, Payments Council, PricewaterhouseCoopers and VocaLink. 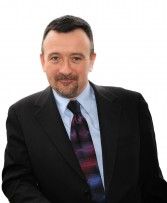 Chief executive and founder of Realex Payments, he has worked in the financial services industry for more than 25 years, founding Realex in 2000 and a second payments firm, Carapay, in 2009.

Partner in DLA Piper’s financial services regulatory team, he has over 20 years’ experience in financial services, including positions at Citigroup and as executive director at the British Bankers’ Association. 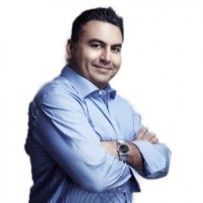 Managing director of the international payments group at Fiserv, he was vice president of business development at American Express.

What overall impact will new regulation have on the industry?

Chris Dunne: At the moment we have a structure that nobody would have wanted from the outset – it’s just grown over time. There are a lot of committees and a lot of vested interests. What the new regulation is seeking to do is to sweep away the current structure and open up the possibility for different payment types to evolve.

Michael McKee: There are lots of payment institutions, mobile phone companies as well, that are pushing for greater access on the payments front and greater ability to take a part of the payments profitability.

Colm Lyon: I think the impact will be very positive. There’s good leadership in the report, there’s good strength in it, and I think it’s long overdue.

Mark Hale: I think there is going to be a really interesting change in the industry. The UK is currently going through the process of deciding who the new economic regulator is going to be and that’s going to change the nature of the industry. It could change it in a good way and, like everything, it all depends on how it is implemented.

Sunil Sachdev: It’s still early days. But the impact seems to be mostly with regard to governance of card systems such as Link, Visa and MasterCard. These players will need to review their business models as their pricing structures are called into question, if similar initiatives in other markets are anything to go by.

What are the main innovations we are likely to see?

Hale: I think there will be a much better service experience for customers. What we’ll see is a much easier payment experience, a much faster payment experience, but also a much more engaging and data-rich experience. In 2014 the UK is going to be provided with peer-to-peer mobile payments. While that will have a pretty small effect on the economics of payments overall, it will change fundamentally what people expect from payments and how they want to conduct their payments.

The right answer for UK plc is a system that protects, adds value and supports London as a global financial centre

McKee: If you go to somewhere like Africa, you will actually find mobile payments services in many ways more advanced than in Europe. They can do it because there is no legal framework that prevents them.

Lyon: The Holy Grail is going to be the accessibility of my account at the time I want to make a payment. It’s difficult to give a vision of the precise payment app that is going to win, but if it’s mobile, if it’s social, if it’s low cost, and if it’s really safe – then I think that is how somebody is going to describe the ultimate winner.

Dunne: There’s going to be much more of a push towards making payments faster. If you look in broad figures, there are about 5.6 billion transactions going through Bacs, which is a three-day cycle, and just under a billion going through the Faster Payments system. Naturally, there will be a migration from one service to another, but we are also likely to see a decline in cash.

Could there be unintended consequences from the new regulation?

Sachdev: The regulatory body that becomes responsible for payments will have their hands full. Given the complexity of payments and the pace of change in the industry just in the last couple of years, it will be challenging to manage effectively. It will be difficult to balance regulation with innovation.

Lyon: There is always an issue between operations and innovation. We operate 24/7 for 12,000 retailers, so we just cannot go down for a second. So on the one hand, it is all about the operations and making sure everything is constant, reliable and secure. But then you go round the other side of the building and you meet the product development team, and with them it is all about innovation. What we as an industry need to learn is that these things are not mutually incompatible.

Hale: People have talked about large numbers with respect to the financial crisis. Those numbers pale into insignificance when you think that just one payment system – CHAPS – processes £77 trillion a year. You cannot get that wrong; you must not get that wrong. The UK is about to make a fundamental change to the governance and glue that operates at the centre, and while there is nothing wrong with that per se, it just must be done well.

McKee: Perhaps the biggest unintended consequence is that by seeking to improve something, you may get rid of it. A good example is investment advice – the regulator has put so much time and effort into enforcement and compensation, and changes in the rules that pretty much no one wants to give it anymore. However, electronic payments is still a very lucrative field, provided you are doing it on a global basis. I think fewer and fewer firms will want to do payments on a purely domestic, UK basis.

Dunne: If you open up access, people will innovate because they see a way of making money out of something, but it might not be in the places you expect. If you look at the growth in direct corporate access in the Faster Payments system, the biggest growth has actually been the pay-day loans companies. So I think the unintended consequence will be that you open up access to a service that is useful, but then you just have to let people get on with it.

Is the government imposing too much of a burden on the industry?

McKee: My experience has been that, if you think about all the major pieces of regulation that have been brought in, all this has involved higher regulatory costs and burdens than previously, so I do not see why new regulation for payment systems operators would be any different.

Hale: The right answer for UK plc is one that protects, adds value and supports London as a global financial centre. It could be truly transformative and could really move the industry forward. Or it could just ladle on extra burden. Until the decision about who the new regulator is, you cannot make any judgement as to their track record.

Sachdev: When it comes to maintaining the integrity of the payment and clearing systems, and granting greater access to those underlying systems, I think the government is spot on. But I think you will see a greater fragmentation of the payments industry.

Dunne: By seeking to simplify things and introduce economic incentives, the regulations should, in the long run, reduce the overall cost of making a payment. I think there’s a danger of limbo and planning blight, but the industry is well aware of that.

Lyon: As an industry, let’s get over the fact that this is happening – it’s not a question of if, it’s just a question of when and how. Therefore, we should work within the context of this framework and say: ‘What’s the best way for us to be structured and organised so that we can all compete and bring out the products we want?’ Competition is good – it’s the only thing that keeps you on your toes.