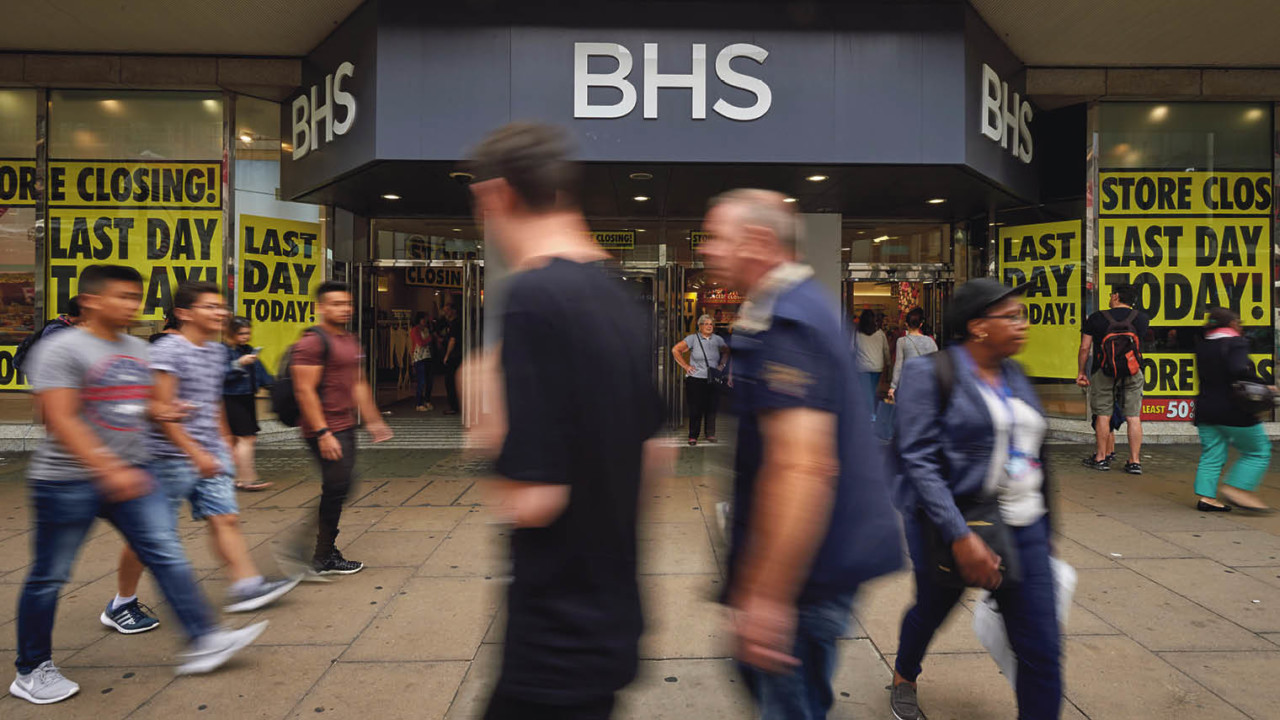 For some of the UK’s most established high street retailers, the last decade has seen their traditionally unassailable businesses come under siege from agile companies such as Amazon and H&M. Brands which dig deep into social media trends to offer exclusive products and flash sales have begun to outpace traditional big-box giants.

In the face of technical innovation, retailers including Marks & Spencer and British Home Stores have struggled to match the flexibility of online and mobile shopping. The once impregnable clothing arm of M&S has been eclipsed by the quick turnarounds of companies such as Zara and H&M.

Last year, M&S announced it would close 30 stores as part of a plan to cut floor space dedicated to clothing by 10 per cent. Earlier this month, it reported a 5 per cent fall in profits to £219 million for the six months up to the end of September.

The past 12 months has also seen the closure of a number of high street chains. In April 2016, British Home Stores filed for administration after its debts climbed to £1.3 billion. BHS had lost ground to rivals such as Primark and had failed to make a profit for each of the preceding seven years. In the same month, Austin Reed, which had 100 stores nationwide and employed 1,184 staff, also went into receivership.

A major challenge facing traditional retailers is having to adapt traditional business models to customers who increasingly demand a more dynamic user experience. In a report released this summer entitled Embrace the Pace, PCMS that provides retail solutions to companies including Ann Summers, John Lewis, Waitrose and M&S, polled 1,000 customers in an attempt to capture a snapshot of the evolving customer-experience landscape.

The study found an overwhelming shift towards companies that offer a more agile experience. One in three consumers said they no longer have a preferred channel, physical or online, to shop through. The study also found a significant change in how customers rate online and instore customer service. Ecommerce scored a higher average satisfaction score (3.7/5) than traditional instore customer service (3.5/5).

The research demonstrated retailers are clearly being asked to unite their digital and physical services through technology. Some 63 per cent of consumers said, within the next five years, they wanted staff to be able to talk about instore products as well as those available online. In addition, 55 per cent of customers said they want to be able to pay for items in their online cart at the same time as making an instore purchase.

“The pace of traditional retail has changed in the world,” says London-based agile coach Amy Wagner of Wagner Ventures, who has worked with the Scottish government, European Commission and Ministry of Justice Digital Services. “It is faster than ever before and we see a really highly competitive retail space where profit margins can sometimes be low. With agile, it helps you to adapt to these changes swiftly. It can help you change your strategy and product to meet the changing demands of your customers.”

Ms Wagner says the UK’s traditional big-box retailers that rely on seasonal orders to satisfy demand, operate in a manner reminiscent of the construction industry. “I’d advise them to look into Zara, how they use their physical space and how they operate in quite an agile way. They have very short seasons of clothing and they work in small batches. They’re very data driven and customer demand drives their strategies,” she says.

“The types of things that Amazon does to predict demand are interesting. They do things in a week and they can mobilise a team quickly to try something out.”

Perhaps the main lesson traditional brands can take from companies such as Amazon and Zara is they should analyse and respond to social media data and online conversations, according to Josh Alidina, strategic account director at Brandwatch, a social intelligence group that provides software to Unilever, Whirlpool and British Airways.

“Some of the high street retailers are not listening. They should be listening and watching what some of the smaller brands are doing in this space,” he says. “The most intelligent brands are those not just listening to what customers are saying about them, but also monitoring what is being said about their competitors.”

Big retailers with large headcounts should also learn to dedicate small internal teams to experiment with user experience and online conversations. Pace also thrives when staff are given more autonomy. “I spend time working in large organisations which have been around for a while,” says Emily Webber, an agile coach at Tacit London, who has also taught agile at the Department for Energy, Food and Rural Affairs, and the Department for Work and Pensions.