Car-sharing is moving into the fast lane

London, 2025. You leave your house and hop on a Boris bike to the station. You ride four stops on Crossrail, jump into a by-the-minute car club vehicle parked outside and drop it off outside your office after a ten-minute drive. You tap in with your phone, once at the beginning, once at the end, and are billed once at the end of the month.

This is the future of urban mobility: fewer privately owned cars on the road and a fully integrated multi-modal transport offering. To achieve this we need to give people on-demand access to a host of transport options that get you to your destination faster, greener, cheaper and more efficiently.

It’s a future that DriveNow is working towards achieving. Currently operating in ten cities across Europe and with more on the way, DriveNow is one of the world’s leading car-sharing operators. Its “free-floating” model is designed primarily for spontaneous, one-way travel, meaning you can find your nearest car in the app, drive it to where you need to go, and drop it in any residents’ parking or pay-and-display space in the business area of the city.

Alongside public transport, cycling and taxis, car-sharing services like DriveNow play an integral role in the future of urban mobility. With more than 650,000 customers worldwide, the true benefits of car-sharing in cities are already starting to reveal themselves in studies.

In Germany, for every DriveNow car on a city street, three privately owned vehicles are sold, meaning the number of private cars in German DriveNow cities has reduced by 5,700. This significantly cuts the volume of traffic looking for parking spaces in inner-city areas. In Munich, this reduction means 41 million fewer kilometers driven in private vehicles every year. And this is only the beginning. 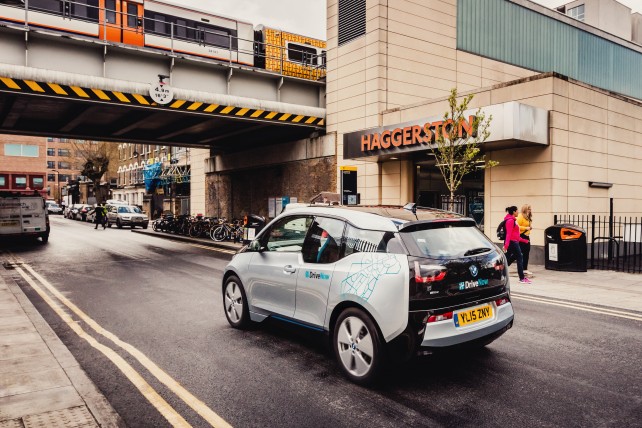 European cities, such as Munich, Berlin and Hamburg, are increasing infrastructure to support car-sharing by working on a consistent sustainable concept for the whole city. In cities such as Copenhagen, the local version of the Oyster Card can be used for bike-sharing and car-sharing too, resulting in a much more efficient, multi-modal transport network. The city’s electric vehicle charging infrastructure is also second to none; as a result, DriveNow has a fleet of 400 all-electric BMW i3’s in the Danish capital.

Unfortunately though, London is lagging behind. Currently London does not have a cohesive infrastructure for car-sharing or a citywide plan on how to support new sustainable concepts like car-sharing. If we want to turn our London 2025 vision into a reality, real steps must be taken by the new mayor and his team in the coming months. DriveNow and other forward-thinking mobility providers have welcomed mayor Sadiq Khan’s newly announced commitment to improving air quality in London, but more needs to be done to overcome the existing challenges, such as fragmented borough-level mobility policy or the lack of public infrastructure.

There needs to be policy guidance from not only the mayor, but also Transport for London and the Greater London Authority on what needs to be done at a local level to improve the way people are getting around cities. Currently, the differing priorities for each local borough make it incredibly difficult to push new sustainable initiatives such as car-sharing into the mainstream. 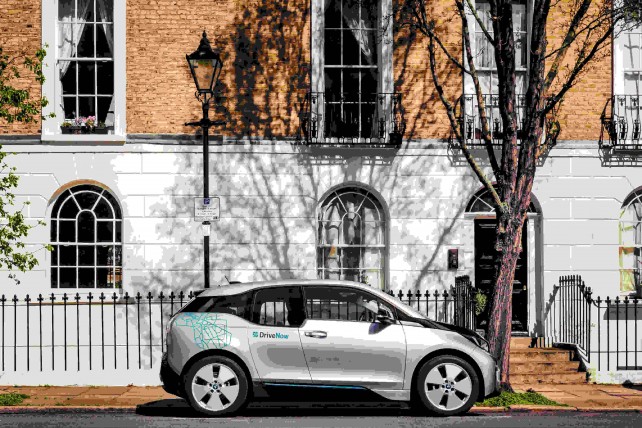 With topics such as air quality and overcrowding featuring so highly on the news agenda, London policy-makers clearly need to encourage both a residential and a commercial behavioural shift towards greener ways of getting around or doing business. Walking, cycling and electric vehicles are clearly the end-goal for green cities, but alongside this there are wider measures such as car clubs that have been proven to assist in this transition.

A future-gazing, forward-thinking directive for UK cities can only be implemented from the top down and car-sharing has to be part of that conversation. Otherwise London will lose even more ground compared with other European cities than it already has.