Can the political moderates fightback?

Political moderates find themselves in an uncomfortable position, one that they’re unaccustomed to. For generations, liberal centrists have been the ones in power. John Major, Tony Blair, Gordon Brown and David Cameron all governed, in their own ways, by eschewing the extreme elements within their parties and occupying the centre. They did not aim to bring about radical change. Quite the reverse. Their policies, language and presentational styles were adopted to appeal to the men and women in the middle, the swing voters in marginal seats.

The last two years have changed everything.

Centrist politicians – and their supporters – are out in the cold. They have no power. And, currently, they have no hope of getting power back. As political commentator Dan Hodges put it at a recent Oxford Union debate:

The argument has been lost. The political currency of moderate centrism has been devalued as quickly as the pound. Theresa May now heads a Conservative government steered by hard-line Eurosceptic right-wingers who’ve been gnashing their teeth at the modernisation of the party for over a decade. The Labour Party, meanwhile, has veered sharply leftwards pursuing a range of policies that appeal to its membership but increasingly alienate the wider public. The Liberal Democrats are still in the centre – but they are a greatly diminished political force since the 2015 election. Even a return to their pre-2010 levels of representation would be a colossal achievement.

For moderates then, the outlook is bleak. But does this mean liberal centrism is dead and buried for good?

The rise of aggressive moderates

For Bess Mayhew, CEO of More United, the answer is an emphatic ‘no’. In her view, the problem is not that the moderate majority has disappeared. It’s that moderate voices are not being heard: “The progressive centre has been very nervous about holding their views aggressively. Now’s the time for people to hold moderate views immoderately.”

Her organisation is one of a number of new political groups trying to keep the flame of centrism alive. But rather than act as a protest group, rattling the windows of power from outside, More United aims to move centrist politics back to the inside by helping progressive moderate MPs get elected.

They believe they can be a political disruptor, the equivalent to an Uber. As Mayhew says: “They [Uber] went into an industry and realised it wasn’t serving people, it was serving organisations. And political parties are very institution first. They think, ‘We’re a political party, what can you do for us?’ What we’re doing is totally flipping that on its head and saying: ‘You want to get involved in politics, how can we help you do that?’”

Their model for affecting change is simple and staunchly democratic. To qualify for support from More United, a candidate has to support the group’s vision for a society based on fairness, tolerance and environmentalism. They must also be running in an election they have a chance of winning. If they meet both of those criteria, the decision is then put to More United members who vote on whether the candidate should receive backing.

The progressive centre has been very nervous about holding their views aggressively. Now’s the time for people to hold moderate views immoderately

Once support has been agreed, More United actively campaigns for the candidate, both providing funds and organising volunteers for the ground game. The grand vision for the project is to extend this to elections across the country, so moderate candidates have a stronger chance of winning and carrying moderate values into parliament. Mayhew outlines their ideal future:

“Once we have hundreds of thousands or even millions of supporters, they will start to feel like their influence can make a difference. And that’s when it can get really powerful: not only are you getting people to coalesce around the values that we hold, but you’re also listening to people and giving them the power to do something that has meaning. This hasn’t happened in decades.” 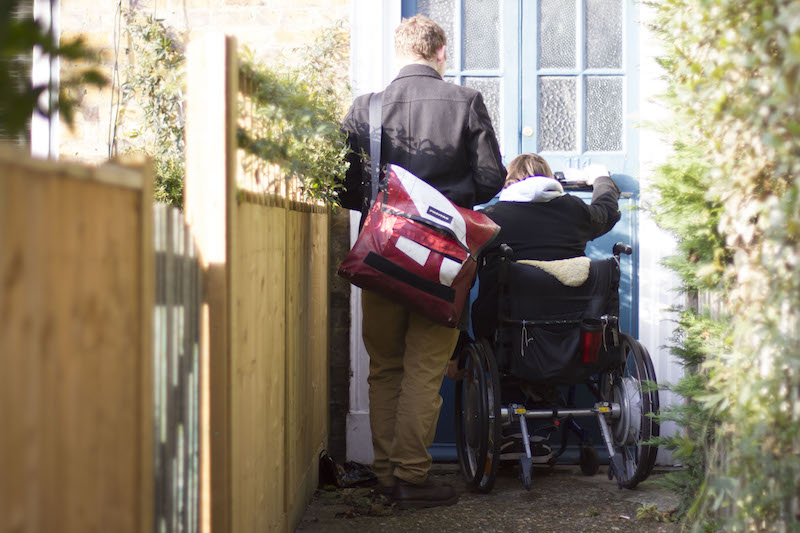 Formed in the months following the Brexit referendum, More United takes its name from murdered MP Jo Cox’s maiden speech to parliament – “We are far more united than the things that divide us.”

During the summer of 2016 though, it didn’t feel that way to the founders, a group that includes former Liberal Democrat leader Paddy Ashdown. Their organisation is not a response to the referendum result per se; rather a countermeasure to the divisive rhetoric of the campaign and the surge in hate crimes following the vote.

“The referendum,” Mayhew admits, “made us realise that we weren’t where we thought we were in terms of tolerance and openness. We felt we had to do something about it.”

The organisation launched in July 2016 with an initial aim of gathering 25,000 supporters in the first month. In fact, it took them under two days to hit that figure and membership has since topped 70,000. Last December, they launched their first crowdfund and once again exceeded their own expectations. Starting out with a target of £100k, they more than doubled that figure raising £250k in a month and, in the process, setting the record for the largest ever political crowdfund in UK history.

These twin successes have been reflected by electoral success too. The two candidates backed by More United to date – Sarah Olney in Richmond and Gareth Snell in Stoke-on-Trent – both won their respective seats, delivering Lib Dem and Labour MPs to parliament rather than Conservative and UKIP members.

The groundswell of support so far – and the fact that 80 per cent of More United members are from outside London – has confirmed the group’s hypothesis: there are a lot of people who would like to get involved with politics but haven’t because they don’t see political engagement as a way they can make an impact. This mentality is what More United ultimately wants to change.

Where More United seeks a parliament that embodies its values on all political issues, Open Britain has a much steelier focus. “The Brexiteer bluster that ‘everything will be fine’ isn’t good enough,” says James McGrory, the group’s co-executive director. “We have to persuade people that hard Brexit is a bad idea.”

Also formed in the month following the Brexit referendum, Open Britain is a continuation of the “Remain” campaign, inheriting its 500,000 strong supporter database but, significantly, not its funds. The organisation has been the most prominent group campaigning against what it calls the “hard, destructive and potentially chaotic Brexit path the Government has chosen.”

And they are more than prepared to fight their case ‘immoderately’. There is an embattled passion in their argument that McGrory attributes to two things. First, what he sees as the blasé manner in which those responsible for negotiations after Article 50 has been triggered are conducting themselves: “David Davis [Secretary of State for Exiting the European Union] stood at the dispatch box and said we were going to negotiate a deal which would give us the exact same benefits we currently have from being a member of the single market and customs union. That’s just implausible. We have to hold them to account over their promises.”

The other source of frustration and anger within Open Britain is the open hostility of the pro-Brexit press towards their group and those like them. “It’s the most difficult aspect,” says McGrory, “We’re trying to make our case, but we’re called ‘traitors’ and ‘democracy deniers’. We’re not looking to overturn the referendum result. We can’t wait for Article 50 to be triggered so the actual arguments about what Brexit looks like can start.” 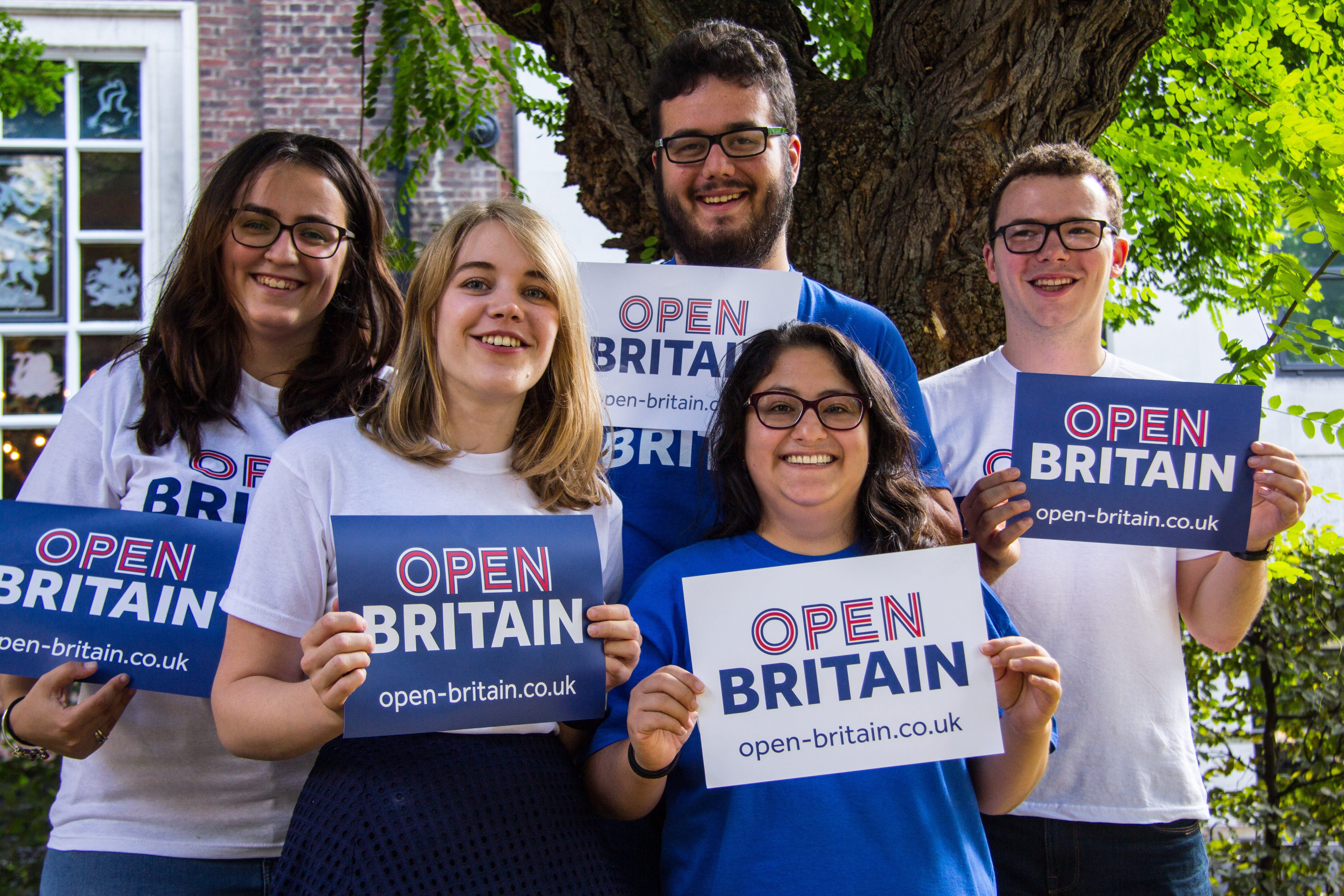 While some of the media antagonism may be unwelcome, Open Britain doesn’t shy away from provocation. Allowing Tony Blair to be the face of its brand – he delivered his Brexit speech at an Open Britain event – is brave choice. As messengers go, there’s no one more divisive in British politics. But this is an astute calculation: getting the press to report its anti-hard Brexit stance is an incredibly tough ask, but Blair’s intervention dominated a weekend’s new cycle. As the adage goes, all publicity is good publicity.

But the group acknowledges that the real battle for hearts and minds will be at a local level. Their first local action groups were formed in heavily “Remain” areas – London, Bristol and Brighton – but they’re now establishing in “Leave” areas like Peterborough too. The organisation’s aim is to both galvanise the people who voted “Remain” and to reach out to “Leave” voters who didn’t want a Brexit that involved abandoning things like the single market.

Once the Brexit negotiations are over, they argue, people may well not like what’s on offer. At that point, Open Britain has to be ready to champion them. As McGrory puts it: “Theresa May has said that after two years we’ll either take the deal – good, bad or ugly – or there’ll be no deal. We strongly expect the deal won’t be good, so that’s a choice between shooting yourself in the arm or in the leg. We’ll be strongly campaigning for parliament to have a say at the end of the process. If the deal is not good enough, the Government should go back to the negotiating table.”

A long fight ahead

For all the vigour in their arguments, both More United and Open Britain acknowledge there is a long road ahead. “For liberals,” McGrory says, “the last few years in Western politics have not been good. But the “Leave” campaigners spent 30 years making their case. We have to be as aggressive and articulate as they were.”

And while the #LibDemFightback trope has some basis in fact, – the Lib Dems are the only party to increase their vote share in all the by-elections since Brexit and have picked up impressive victories in local elections –  nobody seriously expects the UK’s moderate party to sweep the nation at the next election.

The optimism for moderate centrist groups, such as it exists, is rooted in the fact that people do still care. As Mayhew concludes: “For so long we’ve thought, no one cares about politics. Turnout at elections is declining, people aren’t bothered anymore. Well, that’s clearly not the case. People feel the need to engage and do something. We aren’t used to having to fight for the idea that we should be tolerant to each other. But we have to start doing just that.”

In an age when predicting political events is little more than a fool’s errand, it’s impossible to say how effective groups like More United and Open Britain will be in creating a moderate movement with real clout. Their emergence shows centrism isn’t dead just yet. But the odds remain significantly stacked against them.