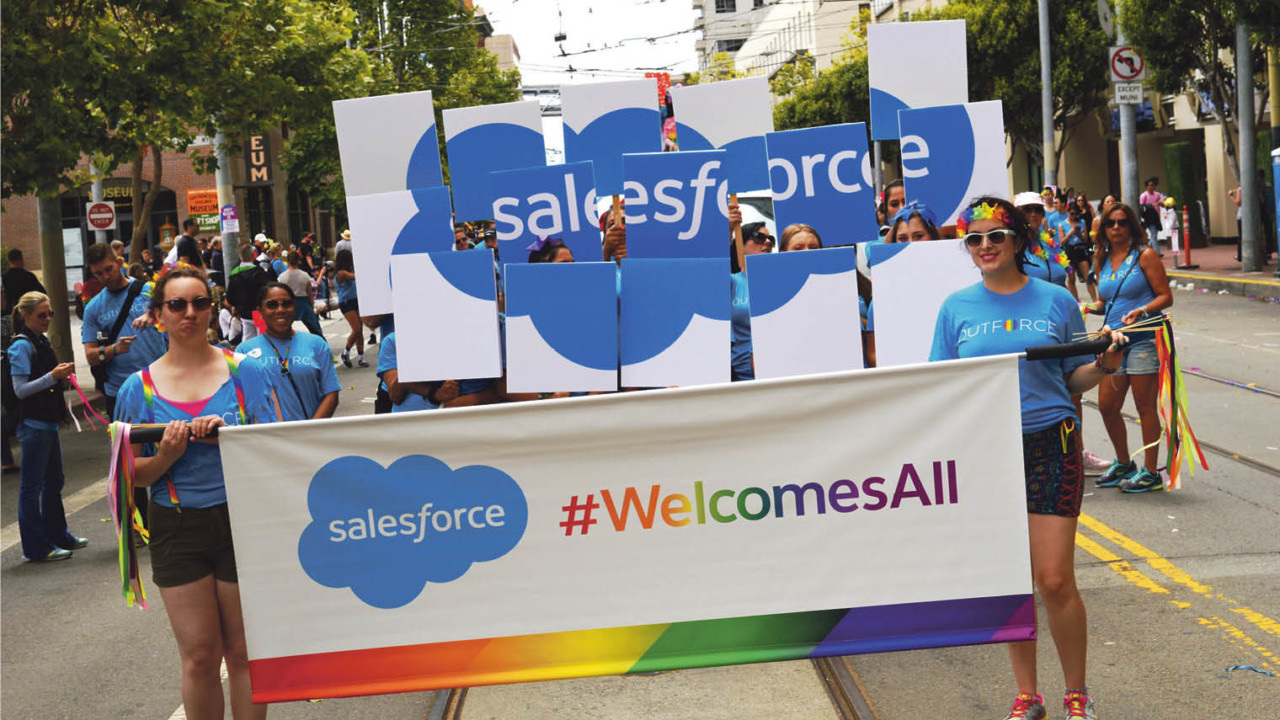 Fighting discriminatory laws, backing the legalisation of same-sex marriage and providing shelter to refugees are all issues where we need political leadership. But increasingly its multinational companies championing these causes.

For example, Salesforce threatened to pull investment in US states considering anti-LGBT (lesbian, gay, bisexual and transgender) legislation, support for same-sex marriage in Australia from Qantas’s chief executive has improved the brand’s reputation and Airbnb has pledged to accommodate displaced people.

Businesses have used corporate social responsibility (CSR) schemes to “do good” for decades, but are now going further, voicing support for social causes often in direct opposition to governments.

“CSR and sustainability were viewed almost as an offsetting programme for ‘dirty old business’,” says Richard Spencer, head of sustainability at the Institute of Chartered Accountants in England and Wales. “We’re now seeing a willingness among businesses to put the problems in the middle and change how they operate.”

For years big business has tried to influence governments for its own ends, so it’s good to see brands applying pressure on behalf of other communities, says Dr Felicity Hardley, senior lecturer in marketing and business strategy at Westminster Business School.

There are still business benefits to this too, not least building deeper emotional connections with consumers and creating more loyal customers. For Unilever, which has ambitious goals for reducing its environmental footprint and increasing positive impact on society, this has resulted in its sustainable living brands, such as Dove and Hellmann’s, growing twice as fast as others in its portfolio.

Commitment to social causes is a response to both a rise in populism and a perception of business as part of the environmental or inequality problem, says Eduardo Tugendhat, director of thought leadership at Palladium, which advises business on making a positive impact. “Taking a leadership role and becoming part of the solution helps businesses to renew their licence to operate with the public and the society,” he adds.

Committing to a good cause just for marketing purposes is dangerous. In April, Pepsi pulled its ad featuring Kendall Jenner after criticism that it trivialised social justice protests. As Joe Wade, founder of creative agency Don’t Panic, explains, a brand must have a right to talk about a cause or risk backlash from consumers.

“A brand needs to build up authority in that area. It has to start with how you do business and align with your commercial objectives, otherwise it’s inauthentic,” says Mr Wade.

Alienating customers through a sincere commitment to a cause is also a risk. In the United States, brands have opposed President Donald Trump’s executive order temporarily banning refugees. In the immediate aftermath, Starbucks pledged to hire 10,000 refugees and Airbnb vowed to accommodate 100,000 displaced people, with both firms making five-year commitments.

“Traditionally in America, companies have been very apolitical in order not to shrink their potential customer base by offending one side or the other. They must think it’s a gamble worth taking,” says Mr Wade.

“If it’s important to your core customers, it’s how you want to be positioned in the marketplace or fits in with your long-term strategy, then it’s probably a risk worth taking,” agrees Dr Hardley.

Ipsos research, published in June, suggests businesses may have no choice but to take a political stand. The research found that 25 per cent of Americans have stopped using products or services from a company because of its political leanings or because of protests or boycotts.

Younger employees are increasingly motivated to work for brands that commit themselves to social and political causes. These recruits will be our future business leaders and founders, bringing with them their commitment to tackling global problems, says Mr Spencer. Existing businesses must adapt their approach to take on these causes and attract the best talent if they are to survive.

Corporations can bring a beneficially global and long-term perspective and apply this to the world’s biggest problems with the benefit of being able to focus on one issue at a time, while governments must tackle a myriad of social and global problems concurrently.

Hundreds of US-based businesses, including Mars, adidas and eBay, have signed the We Are Still In statement, committing to the Paris agreement on climate change despite the US government’s withdrawal from the accord in June.

“All of these groups have internalised the risk and tremendous cost of doing nothing about climate change. They understand they must manage for such things otherwise they won’t be successful,” explains Lance Pierce, president of CDP North America, which works with many of the brands involved on managing their environmental impact.

This could lead to unprecedented negotiations on a global issue between other nation states in the agreement and unelected leaders of corporations, circumnavigating the US democratic system. Yet these businesses will be held accountable for their actions by shareholders, their bottom line and ultimately consumers. Deviating from commitment to a cause or behaving badly could irreconcilably damage both profitability and reputation.

To solve the world’s greatest crises requires the participation of all communities, not least businesses but, of course, there is still a role for politicians and governments.

“Politicians can be enablers; they can help with policies and encourage this kind of business behaviour. In many ways they can be the heroes if it works,” says Mr Tugendhat, adding that corporations and governments must collaborate to build new models for tackling global problems.

Mr Pierce describes the move by US businesses, cities and states opposing President Trump’s withdrawal from the Paris agreement as unprecedented. The collective demand that emerged in just days suggests this new incarnation of brands committing to political issues could be the most powerful yet. With social issues so large they transcend party politics and sitting administrations, it may now be politicians who have to change fundamentally how they do business.