"Be fast, have no regrets, you must be the first mover” - what businesses can learn from WHO coronavirus advice 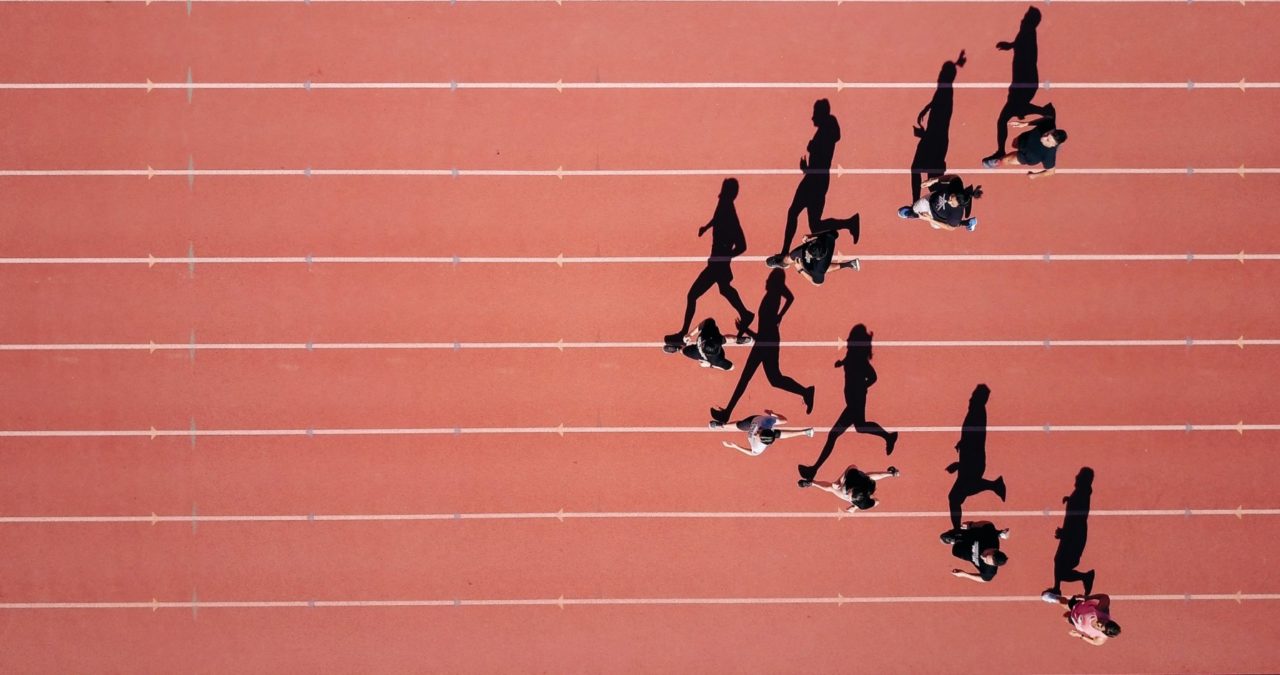 I noticed a lot of posts on Linkedin last week saying things like “it’s business as usual for us!”…and I’m calling bullshit.

I am absolutely not here to tell you that… In fact, while we are feeling very positive, it is certainly not “business as usual” for us at Raconteur since the coronavirus outbreak hit. In honesty, I think suggesting otherwise is the most fatal mistake anyone could make if they want to come out alive on the other side. This is not at all normal and anyone who hasn’t realised that yet has some catching up to do already.

Taking coronavirus cue from WHO

It isn’t working from home that’s the issue (longer term, at least). It’s that your customers have, at best, changed their priorities and, at worst, been hit very hard financially.

If I was asked to give one piece of advice based on what I’ve seen, it is that you need to adapt, and do it rapidly.

“Be fast, have no regrets, you must be the first mover, the virus will always get you if you don’t move quickly. If you need to be right before you move, you will never win…speed trumps perfection”

Hopefully his advice is heeded by governments around the globe. But I think businesses need to listen too. You cannot afford to wait around and see if this will negatively impact you - it’ll probably be too late by then. You need to foresee challenges, be brave, and pivot or innovate (short-term at least) before they become real problems. Those who do will be the ones who emerge from this the strongest.

Having said that, I realise we’re blessed to be in a business that doesn’t rely on face-to-face contact. I truly sympathize with the many businesses that are already facing ruin and hope this article doesn’t come across as insensitive. I know some senior leaders face tough choices to try and get even part of their business to survive.

So, in case it’s useful, here’s how we’ve responded so far:

Cheesy but effective. We immediately appointed a rapid response team whose sole purpose was to get Raconteur up and running remotely whilst prioritising the health and safety of our staff, their families and friends. The underlying theme was speed over perfection, and everyone needed to understand that.

Luckily, we already had Slack in place, so we were used to communicating that way already. But staff had lots of challenges adapting - plenty of processes, systems or even tech either weren’t as effective or simply didn’t work when we went remote.

The RRT had (and will continue to have) a call at the end of each day to feed back what was and was not working. We rapidly make decisions on how to solve problems, and feed the solutions back down via team-based video calls. If you’re not already doing this, I highly recommend it!

The immediate thing here was to make a quick assessment of whose job roles were going to be significantly impacted by this in the short term. In our case, there were a couple.

Rather than having them sitting around not doing much, we had very fast adult-to-adult conversations and repurposed their resources (short term) into other areas of the business to help Raconteur adapt.

Some sales people adapted their roles to focus on completely different products or industries, our talent team switched from scouting externally to supporting our staff internally (being very conscious of mental health in particular) - things like that.

No fuss was made, they just got on with it and got their hands dirty (not literally, of course…always wash your hands). I’m truly grateful to those individuals for being so understanding and willing.

We have three main revenue streams at Raconteur: print publishing (special reports in The Times / The Sunday Times), digital publishing, and our content agency.

As always in times like this, newspaper circulations increase, as people want to get their analysis from credible sources with so much garbage posted online. And that’s happening here too, with The Times reporting a significant circulation uplift in the last week or so. I went to a number of supermarkets and newsagents on Friday to test the theory, and they had no papers, and it’s not because they aren’t being distributed… they’re being bought.

Is it business as usual, though? Hell no!

We’ve entirely rewritten our publishing calendar for the next three months to focus on topics that business leaders will be prioritising or finding difficult right now (flexible working, cloud, cyber, payments, sales performance etc). And the reports on topics which have been tragically hit by this disaster are on hold - it’s simply not appropriate to even think about trying to build new business relationships with those sectors right now. And if you’ve got clients or suppliers in those areas, help them get through this however you can - it’ll pay off long term and it’s the right thing to do.

In digital we’re seeing web traffic plummet all over the world - except for publishers, where it’s soaring. So we’ve innovated a couple of simple new digital content offers that should be attractive to brands that need to create content rapidly and get it in front of their customers and prospects. It’s a whole new product which wasn’t available before - we’re normally a low volume/high price business, but this is high volume/low price, because it solves a need.

Our agency team has been working with clients to help them adapt to this new scenario, offering innovative content ideas to help them through this and ensure they achieve their marketing objectives. Some crazy but brilliant ideas are now in motion, and I’m excited to see how they turn out. And more briefs keep coming in.

This is often the first budget line to be cut in times of crisis but that’s not what we are seeing (we sell pretty much exclusively to marketers). After the initial chaos of this, businesses are quickly working out that they need to keep marketing, but also that they need to adapt some of their plans and do things differently in the short term.

We’ve also run a couple of very responsive campaigns ourselves to see which of our clients need help and in what areas, and a number have been in touch to say that they do. And we are working on new briefs, at speed, because again, that’s the key here. So don’t stop marketing, that’d be one of the worst things you could do right now - just adapt it!

If face-to-face interaction isn’t a necessity, don’t panic and fire all your staff - it’ll be very difficult to recover from any downturn if you do that, and everyone should try and wait as long as possible to see how this plays out and what help is available to them if they need it.

At Raconteur all we’ve done is to look at the non-essential business spend and freeze it: And analyse what we’ll save by simply not being in the office - in our case, it’s quite a lot each month!

We will also ensure that the freelance journalists which work with Raconteur are not impacted by this. In fact, we are working with them to offer more mutually-beneficial work wherever we can as we appreciate this is an uncertain time for them.

Inevitably, last Monday was slow for us. It’s the first day in a couple of years where I don’t think we did a single new business deal, and it was scary. What if it continued?

But on Tuesday, we did a deal (and I’ve never seen Slack celebrations like it!) And on Wednesday we did a few more. And on Thursday we closed some significant new business - some of which came from those pivoted commercial strategies mentioned above. It literally took a couple of days to see success, as everyone’s in a similar boat here and businesses need to fight this.

I’m not saying this to blow our own trumpet at all, or underestimate the challenges that certain businesses face. But I think it’s important to try and create a sense of calm and renewed confidence right now. Things are going to have to change short term, and some of those changes might become longer term changes. Some businesses might come out of this looking rather differently from how they went into it…but that’s OK. Where possible, businesses need to move fast, be brave, and just go for it.

I don’t think I’ve ever worked as hard as I did last week. I was home all week and my poor fiancée saw me less than she normally does (and that’s not because either of us are self isolating).

It struck me, though. I was beavering away in our spare bedroom, and none of our staff had any visibility on what myself or our senior team were doing to adapt here, other than some written comms on Slack. For all they knew, I could have been sitting in my pyjamas, cracking on with some Fifa20, whilst they had concerns.

So I recorded a long video with an accompanying slide deck which was sent to all staff. We originally tried to do it live over a video conferencing system, but, of course, it failed (LOL), so this was the plan B. It talked them through:

Basically, everything which is in this post - no secrets. Transparency, visibility and honesty are key here - people are understandably concerned and this is not the time to bullshit them and blindly tell them to carry on as usual and hope everything’s OK.

Finally, I want to give a massive shout out to my colleagues at Raconteur. This is why a fantastic business culture is so vitally important. You’ve all stepped up massively in the last week, and I’m immensely proud of you guys for responding in such a brilliant way.

It’s still early days, but there’s a need for leaders to step up and give people confidence that we’ll get through this, and everyone has a role to play in making sure that happens. If anyone wants to chat through or see how either myself or Raconteur can help you, please feel free to send me a message and we can chat through.

Written by
Will Brookes