Three years ago, the French telecom billionaire Xavier Niel, an autodidact who made a fortune from the age of 18 developing and investing in new technologies such as the Minitel, the world’s most successful pre-internet online service in the early-1980s, had a rather harsh view of digital innovation in France.

“France is the world’s fifth largest economy, but only the world’s twentieth digital economy. It is vital that France trains its youth for the jobs of the future and the future is digital. A revolution is needed. Now,” he insisted.

His plea was heard and French President François Hollande immediately commissioned a white paper on Building a fairer and more creative education in a digital society, and created a ministry for digital affairs. He chose the 40-year-old Franco-Canadian Axelle Lemaire to run it and, in the last three years, Ms Lemaire has worked hard on a new law, currently going through parliament, which promotes, develops and regulates digital activities.

Furthermore, the French government announced that coding was to be taught to children from the age of six through to their final year of baccalaureate. For Benoît Thieulin, digital entrepreneur and dean at the prestigious Paris Institute of Political Science, also known as Sciences-Po, and an ardent advocate of digital education, the 2015 terrorist attacks on the French capital showed the urgency of learning how to exist in a society which partly lives on social networks.

“It is important that children and teenagers learn how to master digital tools, but also be able to question their usage, and be critical. It is not only about training the future developers and coders of the country, but also educating citizens,” says Mr Thieulin.

Digital innovation in France has become the byword for an educational, social, business and democratic revolution

Another part of the digital programme taught in school is based around social networks and how to use them for a democratic debate. “Pupils must appropriate the digital world rather than remain passive digital consumers,” he says.

Thanks to Mr Niel and a few others, digital innovation in France has become the byword for an educational, social, business and democratic revolution.

In parallel, and as if on cue, France’s tech scene has grown exponentially. Just last year, around 115 funding deals amounted to €960 million (£737 million). According to Tech.eu, this places France in the billion-euro club alongside Germany and Israel. And in just two years, from 2013 to 2015, French government-backed investor Bpifrance doubled the number of startups it financed from 1,500 to 3,000 a year.

Only three years after Mr Niel’s speech, Paris has become an international hub of both digital education and entrepreneurship. Startup incubators are springing like mushrooms in former dilapidated railway yards and Art Deco warehouses.

One of France’s future flagships is the Halles Freyssinet. In January, Paris mayor Anne Hidalgo visited the building site of this listed railways yard, in the south east of the French capital, which is being turned into an ultra-modern hub for a thousand tech entrepreneurs.

This £150-million private-public joint project aims to make Paris the world’s leading innovation metropolis. While the renovation of the 35,000-square-metre hall is paid through private investment, and notably Mr Niel, the city has pledged €70 million (£54 million) in building housing, shops, walkways and gardens all around.

Halles Freyssinet will be open for business ahead of schedule, according to French architect Jean-Michel Wilmotte and startups are already queuing to get a place for the opening in just six months’ time, in January 2017.

Former Microsoft manager Roxanne Varza, who was in charge of overseeing the company’s startup initiatives, will supervise the selection. The idea is to build a strong and unique ecosystem located in one place and address Paris’s current dense, but fragmented, technological map.

Some of those vying for a place at Halles Freyssinet will be coming straight from a joint programme run by the elite business school Hautes Etudes Commerciales, the Paris engineering university, and École 42, set up in the capital by Mr Niel.

This nine-week programme for 120 graduates, who work in pools of three – one coder, one engineer and one business person – aims to develop digital projects from their concept to the final pitch in front of investors both in Paris and London. The first round this year has seen a variety of projects, including dating sites, education, leisure, connected objects, but also innovating and ambitious hardware tools.

Mr Niel, the man who narrowly missed the opportunity to buy Google’s French licence in the early-2000s, likes saying he receives around 1,000 requests a week for investment from people hoping to launch startup companies. He says he goes through them all and picks three to invest in every week. Investing in innovation, whether in business or education, is his passion.

Following the creation of his École 42, Mr Niel has just returned from Silicon Valley where he has launched a second School 42, this time in Fremont, a few minutes away from the headquarters of Google, Apple and Y Combinator. It will operate from November and aims to attract 10,000 students within five years.

With a $100-million investment from his own pocket, Mr Niel intends to teach the Americans how to train the world’s new coders and to fight social discrimination. Just like in France, School 42 will be free and provide free accommodation, and recruit among social categories usually left on the side of the road by traditional universities.

The US Bureau of Labor Statistics estimate that 1.4 million jobs will be created by 2020 in the digital and IT sector with only a third of American graduates able to fill the positions. With its engineering traditions and innovation reputation, French entrepreneurs think they can make a difference, whether in Paris or Silicon Valley. 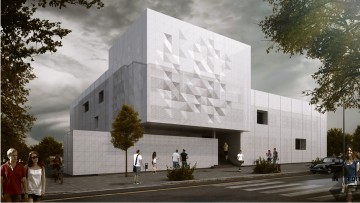 It is a school many students dream of – everybody gets a scholarship plus free accommodation and there is no need to provide any references or indeed prove you have passed formal exams to get in.

Indeed, if you have flunked every exam in your life, all the better, at least in the eyes of the philanthropist who funds the school from his own pocket.

Xavier Niel, a self-made man, known for his anti-establishment views, has created École 42 in Paris as an incubator of talent. Anyone between the ages of 18 and 30 can apply. They have first to pass logic tests and the 3,000 or so pre-selected candidates have to spend a month in “the pool” where both their determination and raw talent for thinking digitally are assessed.

This intense immersion, when candidates have to code for 14 hours a day, selects the survivors.

Students work on projects such as conceiving software, programming a virus, creating a video game and so on. Once they have finished their project, he or she can move on to a more sophisticated one and so forth until they graduate.

There are around 40 staff members who supervise students’ work, but assessment is mostly done peer to peer.

With the school open 24 hours a day and seven days a week, students can progress either very fast or slowly. The idea is to help train tomorrow’s digital geniuses, developers and coders.

École 42 owes its name to the geeks’ bible The Hitchhiker’s Guide to the Galaxy in which the computer-generated answer to the meaning of life equals… 42. 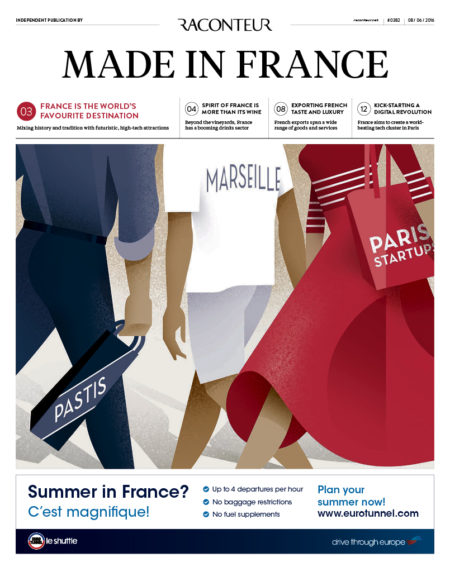