A saying in Formula 1 is that if you want to make a small fortune from the sport, start with a large fortune.

Taking on the challenge of racing in the world’s most-watched motor racing series is no small feat. Manufacturers use F1 chiefly as a way to develop new technologies and market their road vehicles, yet for privateer teams – those not owned by a major car manufacturer – the challenges are greater.

Unlike the big companies, the smaller teams on the F1 grid exist only to race. They have smaller budgets, which leads to lower headcounts. This makes it harder to compete with the teams at the head of the pack, creating an imbalance in results. Compared with other sports, the odds of a shock victory are lower.

Only four F1 teams have won races in the past five years, and Mercedes, Ferrari and Red Bull account for all but one of those victories. The big three surged clear of the rest of the F1 pack last year, taking 59 of the 60 podium positions on offer.

If we never have a chance to win, I’d really have to question why we’re here

The lack of competition has led to discussions about a possible change in the rules to offer a more level playing field. American businessman Gene Haas, who set up an F1 team in 2016, said last year: “If we never have a chance to win, I’d really have to question why we’re here” – a view shared by many up and down the F1 grid.

The desire for closer competition comes as F1 nears a crossroads regarding its future. New technical regulations are expected for the 2021 season, as well as a fresh commercial agreement when the existing deal expires at the end of 2020. A suggestion of a cost cap, limiting the amount teams can spend on their F1 programmes, has been put forward, and a redistribution of revenue to ensure more balanced payouts is under consideration.

For Jean Todt, the president of the FIA, motorsport’s global governing body, changes have to be made to make F1 more sustainable for teams.

We want to reduce the costs. Over the years there has been too much spending

“Each competitor is important to F1,” Todt said. “But we know historically that there has been a big turnover amongst certain manufacturers and the smallest teams. We want to reduce the costs. Over the years there has been too much spending. At the moment, we have about six to seven teams who are struggling in Formula 1. It is not acceptable to have the pinnacle of motorsport where 60 to 70 per cent of the field are struggling to survive.”

However, the teams at the top are eager to protect their advantage. Ferrari has threatened to quit F1 over plans for the future amid uncertainty about its financial benefits. Mercedes, Red Bull and McLaren are among the other teams that benefit from the current commercial structure.

Consensus in F1 has always been hard to achieve. The last attempt to establish an all-inclusive, democratic body – the Formula One Teams’ Association – failed when the bigger teams broke away to set up their own group. The struggle to get all parties to agree has led to calls for the two bodies running F1, the F1 Group and the FIA, to be more authoritative in outlining what the post-2020 sport will look like.

Red Bull team owner Christian Horner said: “It really needs alignment between the commercial rights holder [F1 Group] and the governing body [FIA]. As soon as they are on the same page, it becomes irrelevant what the teams want. They need to align themselves and then present what they want the regulations to be. We’ve got interested parties sitting outside Formula 1 and again, timing is crucial for them if they are looking at entering F1 in 2021.”

A cost cap is top of the agenda for those on the outside of F1 looking to join the grid. But the last attempt to introduce a spending limit, in 2010, failed and contributed to the eventual collapse of three teams that signed up to enter under the premise of a $60 million cost cap. As a result, suggestions of a new limit are met with apprehensiveness.

Talks regarding F1’s future are set to continue in the coming months. All parties are keen to get a set of regulations and agreements in place, yet the longer deliberations roll on, the more difficult it becomes for teams – big or small – to plan and adjust.

Haas F1 team principal Günther Steiner said: “I think the teams need to know what the way is so we can make plans – 2021 is not far away. I think that there will be something coming out soon hopefully. At least we can make plans on how to conduct business at the best.

“I think the big teams would have the bigger problem, if you go from a big spend to a small spend, you’ve got a lot of work to do. I guess the big teams don’t want a cost cap anyway,” he added.

But for Steiner, self-interest needs to be overcome for the benefit of the sport.

“Getting the field closer together, which can be done with the budget cap, I think – that is top of the list [for the future],” Steiner said. “This is not a Haas agenda. This is an agenda for the sport, getting the field together so the fans get exciting racing.

“You get the odd curveball thrown in there. It’s always nice, people talk about it. We had complete Mercedes domination for a long time. Then we had last year the race between Ferrari and Mercedes which was already good, but the gap [to the rest of the field] is just too high.”

While the battles may take place on track, it will be the commercial battles off it that set the tone for the sport’s future post 2021.

And if a cost cap does come into force, the old saying of needing a large fortune to start in F1 may no longer ring true. 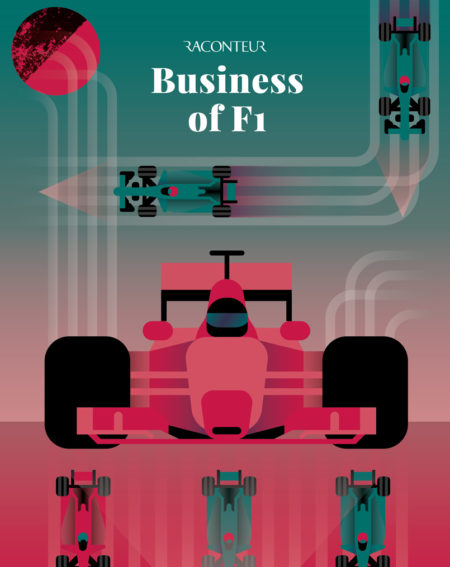