The next time you’re struck down with “power anxiety” over your mobile phone’s depleted battery, spare a thought for the mistreated children toiling away in deepest Africa who mine the cobalt essential for the manufacture of lithium-ion batteries, found in smartphones and laptops worldwide. Our minor first-world problem is their major third-world crisis.

Children in the war-ravaged central African Democratic Republic of the Congo (DRC) dragooned into harsh, hazardous mines to extract the cobalt are just part of a callous trade in minerals essential to components for high-tech gadgets and gizmos citizens in developed countries have come to rely on as essential.

Armed groups, including elements of the Congolese national army, have played on the trade in tin, tantalum, tungsten and gold to fund a brutal war in eastern DRC for more than 15 years. In 2014, there were an estimated 2.7 million internally displaced people within the country due to the ongoing armed conflict in the east. The local population in DRC, and in particular those in North and South Kivu provinces, have borne the brunt of a conflict characterised by murder, rape and displacement.

Emily Norton, a campaigner with the conflict resources team at Global Witness, says: “The problem of so-called ‘conflict minerals’ is a global one; it is not limited to DRC. The extraction and trade of minerals continues to finance wars and contribute to human rights abuses, bribery and money laundering around the world, from Myanmar to Afghanistan and Columbia.”

According to Ms Norton, the worldwide nature of the problem means governments are seeking global solutions, using the international standard, the Organisation for Economic Co-operation and Development’s (OECD) Due Diligence Guidance for Responsible Supply Chains of Minerals from Conflict-Affected and High-Risk Areas.

“This standard sets out a five-step framework for companies to do basic checks to find out whether or not their supply chains could be linked to conflict finance and other risks, a process known as supply chain due diligence,” she says.

Crucially, as Ms Norton concedes, due diligence is about managing risks in the supply chain responsibly; it does not ask companies to guarantee 100 per cent conflict-free supply chains. “Tracing the origin of minerals is only one part of this and it is not something that every company is expected to do,” she adds.

A new European Union regulation came into force on June 8, the first of its kind to adopt a truly global scope. It requires EU-based importers of tin, tantalum, tungsten and gold, ores and metals, to meet the OECD standard when sourcing minerals from any conflict-affected or high-risk area globally.

Technology firms, who import tin, tantalum, tungsten or gold in their metal forms into the EU, for manufacturing purposes, will be covered by the new EU law. Ms Norton says: “Unfortunately, the European Union has chosen to ignore a whole category of companies bringing minerals into the EU. This includes firms who buy and sell products containing these minerals, who are outside scope of the regulation. The EU trusts them to self-regulate. So far, we have seen limited progress.”

In the United States, section 1502 of the Dodd Frank Act requires companies listed with the Securities and Exchange Commission (SEC) to carry out checks on their supply chains when they believe products contain tin, tantalum, tungsten and gold sourced from DRC and its neighbours.

Global Witness says: “We have seen little evidence that they are meeting the broader international due diligence standard and checking their mineral supply chains on a global basis beyond DRC.” In the first year of reports under section 1502 of Dodd Frank, a joint study by Global Witness and Amnesty International estimated that 80 per cent of companies filing reports in the US were not meeting the minimum requirements of the law.

Technology firms should be living up to the international OECD standard

Dynda Thomas, conflict minerals specialist and partner at leading US law firm Squire Patton Boggs, says the devil is in the detail of section 1502 enforcement for non-compliance. She explains: “There is no specific fine or stated sanction built into the conflict minerals rule… It is possible that the SEC could bring enforcement cases against reporting companies that seem to be failing to comply with the rule. But this has not occurred yet and seems extremely unlikely to occur under the current [Trump] administration.’

Apple, by far the largest technology firm with $52 billion in quarterly revenue to the end of March 2017 through the sale, primarily, of iPhones, iPads, Macs and Apple Watches, claims it designed its due diligence measures to conform to the OECD guidance and is an active participant in the Conflict-Free Sourcing Initiative, a downstream audit programme.

In its 2016 Conflict Minerals Report, Apple revealed 15 incidents potentially linked to smelters in Apple’s supply chain in which individuals identified as members or potential members of armed groups were alleged to be involved.

A spokesperson for the tech behemoth says: “Apple has implemented a management system for responsible sourcing of minerals, mapped its supply chain to identify and address risk, and reports publicly on these efforts.”

Since 2015, Apple has required all smelters in its supply chain to participate in a third-party audit programme. The company says: “If our suppliers are unable or unwilling to meet our standards then we suspend or terminate business with them. Last year we removed 22 smelters from our supply chain.”

Samsung, Apple’s South Korean arch-rival, says it is a responsible procurer of materials that has banned the use of conflict minerals mined in an unethical manner in conflict regions. Japanese electronics manufacturer Toshiba also purports to have similar conflict minerals sourcing and auditing systems in place that adhere to OECD guidance.

Global Witness’s Ms Norton puts the sourcing dilemma succinctly: “Whether or not they are caught by laws and regulations, technology firms should be living up to the international OECD standard. This means checking whether their mineral supply chains globally may contribute to conflict finance, human rights abuses or corruption around the world. They should be transparent about what they are doing.” 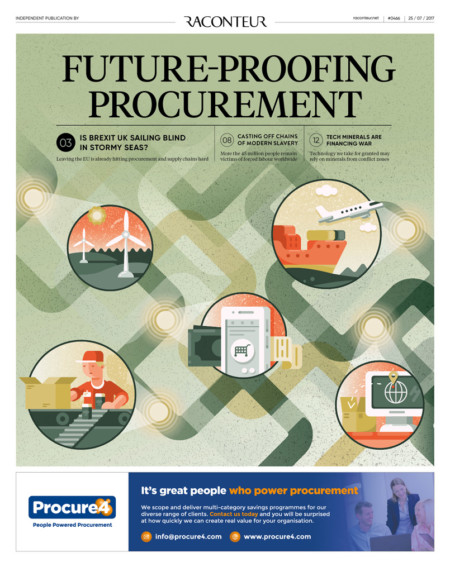