When software giant Salesforce kicked off its Dreamforce event in 2015, an annual showcase for product launches, demos and workshops, it dedicated an entire keynote session to mindfulness training, bringing in technology and meditation experts including Google’s Chade-Meng Tan and Goldie Hawn. For Dreamforce 2016, it used the same tactic but on a bigger scale, with mindfulness and meditation sessions led by 20 Buddhist monks.

Edweena Stratton, vice president for employee success for Salesforce Asia-Pacific, says Dreamforce aims to be more than a business conference, with mindfulness helping the brand to engage further with attendees, by deepening their awareness and appreciation for life.

“The keynote served as a great avenue to allow our attendees the chance to look inwards and reflect while at Dreamforce,” she says, adding that it also offered them moments of calm and clarity to avoid burnout.

At last year’s Drupa, the print and cross-media trade show, Kodak unveiled a life-sized interpretation of an urban neighbourhood called The Kodak Quarter. It featured warehouses with printing presses and industrial spaces transformed into creative studios, highlighting the brand’s print technology. Kodak wanted to appeal to an audience who were creatives at heart as well as buyers of printing equipment.

These are just two examples of how business-to-business (B2B) events are focusing on creating immersive environments that aim to engage all the senses. 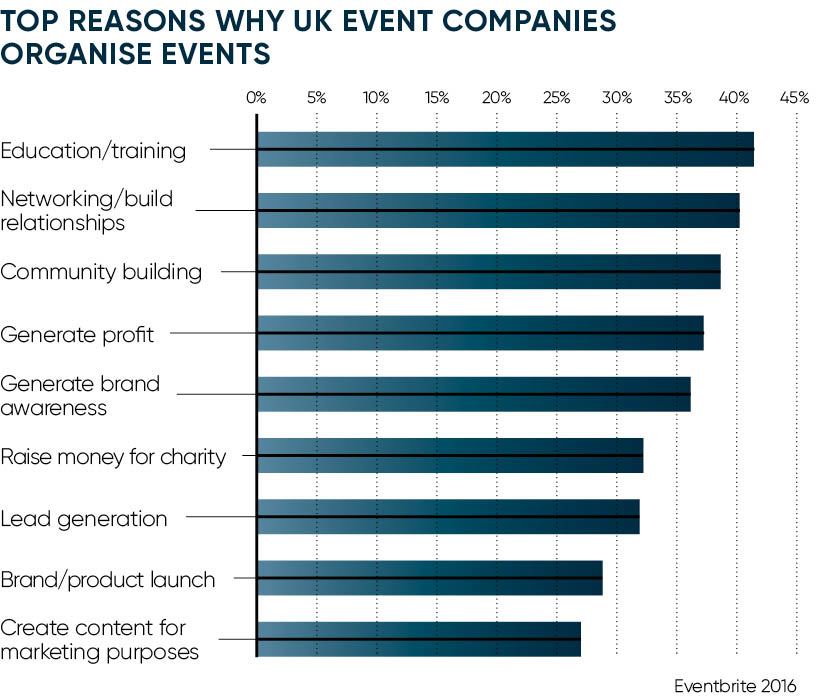 Damian Ferrar, senior vice president and executive creative director at agency Jack Morton Worldwide, which worked with Kodak at Drupa, says B2B clients recognise the importance of igniting a relationship with their customers based on a mix of logic and emotion, by providing richer experiences, meaningful narratives and one-on-one attention.

“Designing an experience that established a context of creativity was an important lever for success,” he says. “Instead of designing a stand, we designed a platform for a community – a physical platform with multi-layered content and a visitor journey to deliver a consistent, coherent and compelling experience.”

He adds that while the importance of content should not be underestimated, it is no longer king. Rather, content has to reflect the needs and values of individuals to engage with them successfully.

“Second screen content needs to work far harder, so we see more of the ‘telling’ being done in the pre-event phase, giving delegates more time to absorb the information, so they come armed with really good questions instead. In other words, more ‘asking’,” he says. “It’s no good having great content if you fail to engage on other levels like venue, format and networking, really engaging all the senses to create something unforgettable.”

Allegra Group produces the annual London Coffee Festival, which includes two industry days alongside public sessions. Its founder Jeffrey Young believes “infotainment” is driving brand engagement at B2B events, where the pre-event, at-event and post-event content storyline is woven into the fabric of an event via a mix of media including online, mobile and live activity.

“The visual appeal of the event layout, the flow and the multi-sensory experience is paramount to creating an environment where a lot of business gets done,” he says.

For Clarion Events, which produces exhibitions such as Internet Retailing Expo, B2B events have evolved to be more about sharing knowledge, generating opportunities and creating a memorable experience.

Its portfolio director Sam North says that to facilitate this, Clarion invests a significant amount of effort ahead of its events, enabling pre-event connections between visitors via social networks and bespoke systems, as well as creating networking and relaxation areas on-site for exhibitors.

B2B events have long since moved on from the classic booth or stand format and one-sided product launch. Event companies recognise that B2B customers and their audience are people too. As such, engaging live experiences, with content that is both exciting and enticing but which engages all the senses, and across different channels and formats, is increasingly key to success.

What B2B events can learn from Ted

Ask speakers to give the audience something they can use or learn from and that lights up their world view, says Chris Anderson, curator and owner of the TED Conference.

“In our experience, talks that might come off as self-serving – touting a product or service, for instance – have the ability to turn eager audiences off instantly,” he says.

Pushing speakers to cut everything back to one single idea, what TED calls “establishing a through-line of a talk”, is key.

“By narrowing the focus, speakers stand to make more of an impression,” maintains Mr Anderson. “Too much information and the audience’s eyes just glaze right over. One of the biggest pitfalls of business-related talks is the tendency to use jargon. Experts are often so immersed in their industries, they forget what it was like not to know their field’s specific terminology or concepts. We encourage our speakers to keep language accessible for a general mainstream audience.”

Vincent Ng, founder of 1+1=11 Productions and vice president of education at the International Live Events Association of Hong Kong, is a former TEDx curator. He says that creating engaging content is a combination of sourcing great content and producing it right – the selection, speaker preparation, staging and production.

He says: “With our TEDx speakers, we begin coaching them three to four months before the event and some speakers go through five or six sessions of coaching. For great content, go where the experts are, but also go where people are pushing the boundaries with experimentation and new paradigm shifts.” 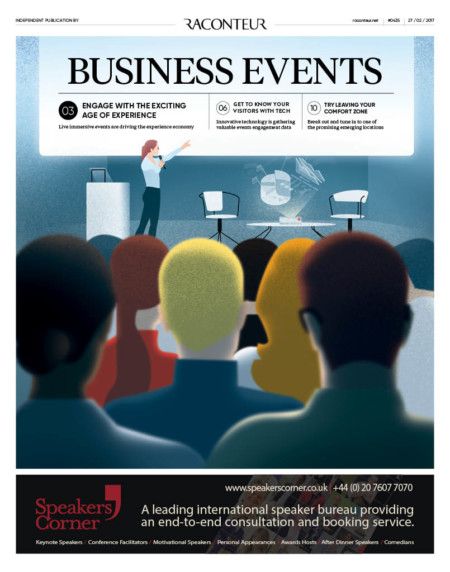 What marketers can learn from Comic-Con

Events in the age of experience