Optimism is growing among owner-managed businesses as economic growth returns, but potential stumbling blocks must be removed if smaller and family firms are to flourish

Owner-managed businesses (OMBs), nearly three-quarters of which are family owned, often get lost in public debate, but are the lifeblood of the UK economy.

There are almost 4.5 million of these businesses up and down the country, accounting for almost half of economic activity, and last year alone they boosted GDP to the tune of £750 billion.

With many of them run by families, these businesses come with their own unique challenges and motivations, and despite being brave, entrepreneurial and often pioneering, they can often struggle amid volatile economic environments.

After surviving a difficult few years in the aftermath of the global downturn followed by turbulent times in the eurozone, the UK’s main trading partner, there are tentative signs this sector is now confident about the future and ready to once again start investing in their businesses.

This was highlighted in a recent survey by Allied Irish Bank (AIB), which found that OMBs in the UK were optimistic about the coming year against an improving economic backdrop, recovering wage growth and high employment.

More than six in ten expected the economic situation to improve further in the next year, while around 90 per cent were optimistic about their business’s prospects in the coming 12 months.

As a result, around 60 per cent of OMBs said the best days of their business lay ahead, rather than behind, and 62 per cent expected to see an increase in sales or revenue in the next year.

Those in the south and east of England, the Midlands and Wales were most optimistic regarding an increase in sales or revenue. 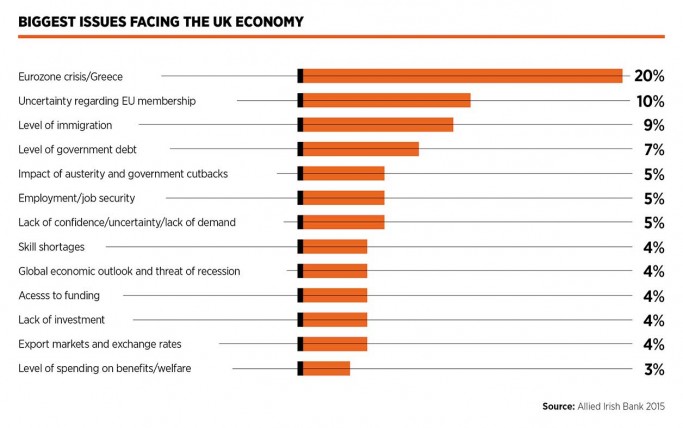 The improving economic climate no doubt helped fuel this optimism, with the economy expanding by 0.7 per cent in the second quarter of the year on the back of a pick-up in business investment and a long-awaited increase in net trade. This followed a 3 per cent jump in growth last year, the best performance since 2006.

At the same time, inflation is hovering close to historically low levels, while there have been signs that wage growth is starting to improve after remaining depressed since the recession, which should result in a period of increased consumer spending.

However, improved optimism does not mean that all businesses are content with the current tax regime and amount of support they are receiving from the government.

According to AIB’s survey, there was a roughly even split on the question of whether the government was doing enough to support OMBs. Around 42 per cent said “yes” and 46 per cent “no”, while the remaining 12 per cent were unsure. For those who said no, their biggest bug bears were tax and red tape.

These issues were also prominent in a survey of family-owned businesses by the Institute for Family Business (IFB), where VAT was regaled as the primary tax issue by 56 per cent of family businesses that considered tax a barrier to success, up from 52 per cent in 2012.

The results also showed 84 per cent of family-owned businesses highlighted the regulatory burden placed on businesses as an “important or very important” barrier to growth.

Another issue for OMBs is a perceived lack of access to finance that has plagued businesses, especially SMEs, since the recession. While OMBs can be large or small, it is often the smaller ones that face the greatest challenges.

Despite a number of government and Bank of England initiatives to boost the supply of credit finding its ways to SMEs, including the Funding for Lending scheme, there have been continuing calls for improved bank lending to this sector.

In a bid to increase cash flow, the government set up the Business Bank, a state-backed body which offers finance to companies, usually in partnership with private financial institutions, and is currently supporting more than £2.3 billion of finance to smaller UK businesses.

Ministers have also been making considerable efforts to cut red tape over the past few years and are currently undertaking six reviews to find further savings for companies.

Small Business Minister Anna Soubry says: “Small businesses can often be family operations where everyone pitches in. And it’s important we make life as easy as possible for these businesses to flourish and grow.

“We’re helping them get finance when they need it, hire staff without paying the jobs tax and get on with doing business without drowning in red tape. But we know we can’t stand still. The Enterprise Bill will make further cuts to red tape and set up a Small Business Commissioner to help tackle late payments.”

In terms of what else the government should do to help the sector, Nick Farr, a partner and private business tax specialist at PwC, points out that family businesses are more likely to build themselves up as a result of the efforts of different generations, and they would benefit from certainty about the future. He believes they would welcome a “road map” on the direction of policy in this area. 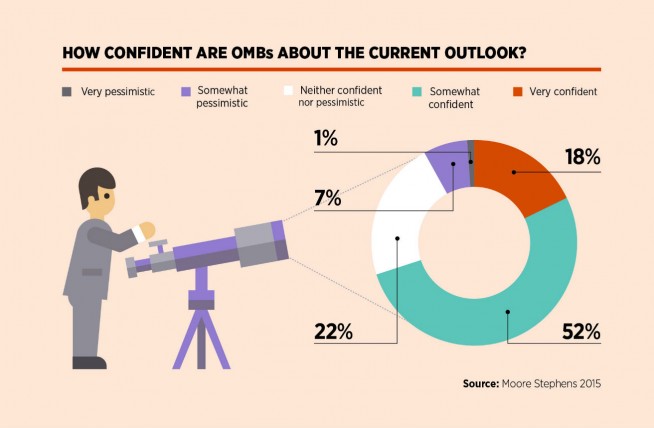 “Simplification is another area where government could help UK family businesses further. Family businesses, like most SMEs, lack the resources to address often complex tax and reporting requirements. While successive governments have recognised the problem, given the volume of new rules each year, more needs to be done to address this,” says Mr Farr.

A very encouraging sign for the sector is the IFB says that after several years of cautious behaviour among family-owned businesses, following the devastating recession, they are finally confident enough to start investing in their businesses again. 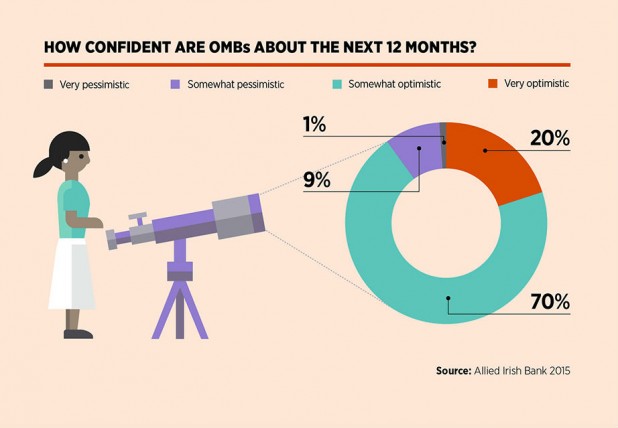 The wider OMB sector is also most likely to invest more in training and development as well as increasing spending on marketing over the next 12 months. At the same time, an increased proportion of OMBs are likely to raise capital for the business in order to open new offices or engage in mergers and acquisitions.

Worryingly, just 8 per cent of family firms in the UK aimed to expand aggressively in the next five years, compared with 57 per cent in China, 40 per cent in the Middle East and 40 per cent in India.

Bringing in top talent is also a challenge for family businesses, according to PwC, which warns that candidates may not see a sustainable career progression within a family firm.