Once separated by the Atlantic, American and British sports are now building a bridge over the ocean, as Jeff Cockrell reports

Tickets to see the New York Knicks take on the Milwaukee Bucks at The O2 arena in London go on sale later in the year, but there’s a fair chance they won’t be available for long. It took less than four hours for last year’s sole UK-based National Basketball Association game to sell out, which may explain why the league keeps talking about establishing a franchise or division across the Atlantic.

In fact, we Americans can’t help but notice our athletes are spending more and more time in Britain. After years of patient courtship, the National Football League expanded the UK portion of its schedule from one game to two last season and this season that grew to three. Someday soon you might think of American sports as a sort of reverse British invasion, with all the same potential for screaming and tears.

But then, while you’ve been learning to love power forwards and middle linebackers, we’ve been falling for midfielders and centre backs. Even before the football World Cup broke ratings records in the United States, NBC had paid $250 million for the rights to broadcast Premier League games stateside, despite the fact that most of them are on when sensible people are eating cereal. And it looks like the network knew what it was doing as last season Premier League viewership surged in America.

So Americans and Brits are starting to show interest in the same sports. Is this a sign that we’re living at the end of time when existence has run its course, the laws of nature are slowly breaking down and the universe will soon be ripped apart by its own tireless expansion?

Although individually oriented sports, particularly tennis and golf, have had little trouble co-existing in both America and Britain, team sports have historically not made the crossing quite as successfully. And there are real reasons why our two nations, which have otherwise shared all manner of political, cultural and economic entanglements, have maintained a policy of separation when it comes to their most popular games.

There is, for one thing, our language. Or rather our respective languages. You, of course, had a sport you called football. We, because of stipulations in some of the lesser-read sections of the Treaty of Ghent, were forced to come up with another name for it. And we’ll grant you, soccer is a strange contraction of association football(er), but it’s not half as bad as what you’ve done to the name of our sport. To many of you, American football is exactly that, “American football”, with all the lingual fatigue and lost productivity that comes with adding so many syllables to something. 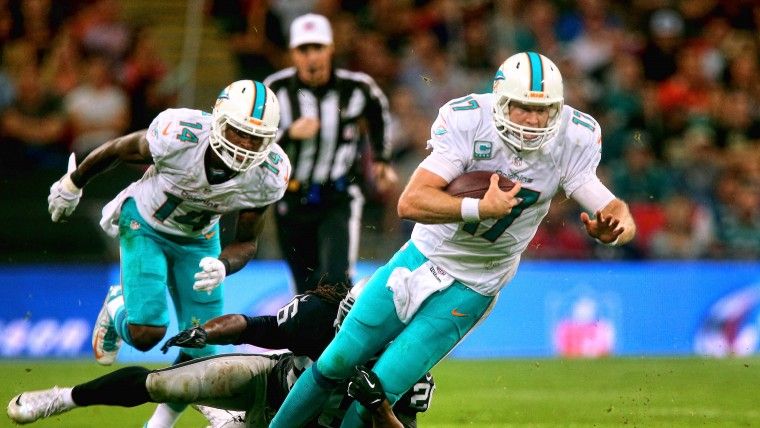 American football, an unlovable mouthful of a sport, trips off the tongue about as lightly as untranslated Latin. If we had to refer to a chair as an “American chair” every time we wanted to talk about it, we would have stopped sitting on things long ago, we don’t mind telling you.

More significant is the problem of our national sports, which can teeter between unwatchable and inhumane for anyone not indoctrinated into them at childhood. For baseball fans, a game with no hits for one side is considered particularly exciting; a game in which no one on one side reaches base is even better. In other words, the greatness of a game increases the closer it approaches nothing happening at all. Yet many of those same fans would find it impossible to follow a cricket match that lasts longer than the annual meeting of the International Monetary Fund.

American football, an unlovable mouthful of a sport, trips off the tongue about as lightly as untranslated Latin

Baseball and cricket suggest another obstacle to sport-sharing, which is that many of our games share a passing resemblance to each other. Don’t get us wrong, it’s not that any reasonable person can’t tell baseball and cricket apart, but we already have a game with a bat and a ball, and a bunch of wealthy men.

Maybe it’s as good as cricket and maybe it’s not, but the point is we’ve already learnt it. It’s much easier to pick up something entirely new than to adjust what is already familiar. If the UK didn’t already have rugby, with its oblong ball, passing and kicking, and large measure of violence, would American football have had as much trouble gaining traction? Of course it would because of that awful name. But you see our point.

We can give you all kinds of explanations for why soccer – or football – has enjoyed some surge in popularity in the States, from the impact of high-definition television to the country’s shifting demographics. And while all those things probably play some factor, there’s another, more fundamental contributor that also may explain why Londoners are queuing up to watch basketball. The “information age” has given us all equal access to the one indispensable thing for truly enjoying any sport, which is context. Context, after all, is essential for appreciating any narrative and athletics, for example, with all its rivalries and records, heroes and heartbreak, is an unmistakably narrative phenomenon.

So maybe the reason the most recent World Cup contained the two most-watched football games in United States history wasn’t just a surfeit of pixels, but also a growing recognition of the game, its strategies, its history and, most importantly, its personalities.

And context is something that’s easy for our two nations to share because, once you get past the particulars, it’s so similar in both. Contract negotiations. Underdogs. Off-the-field scandals, on-the-field scuffles. This is the stuff of major sports in both of our countries. Perhaps in some not-too-distant season, it will also be the stuff of a cultural bridge across the ocean.