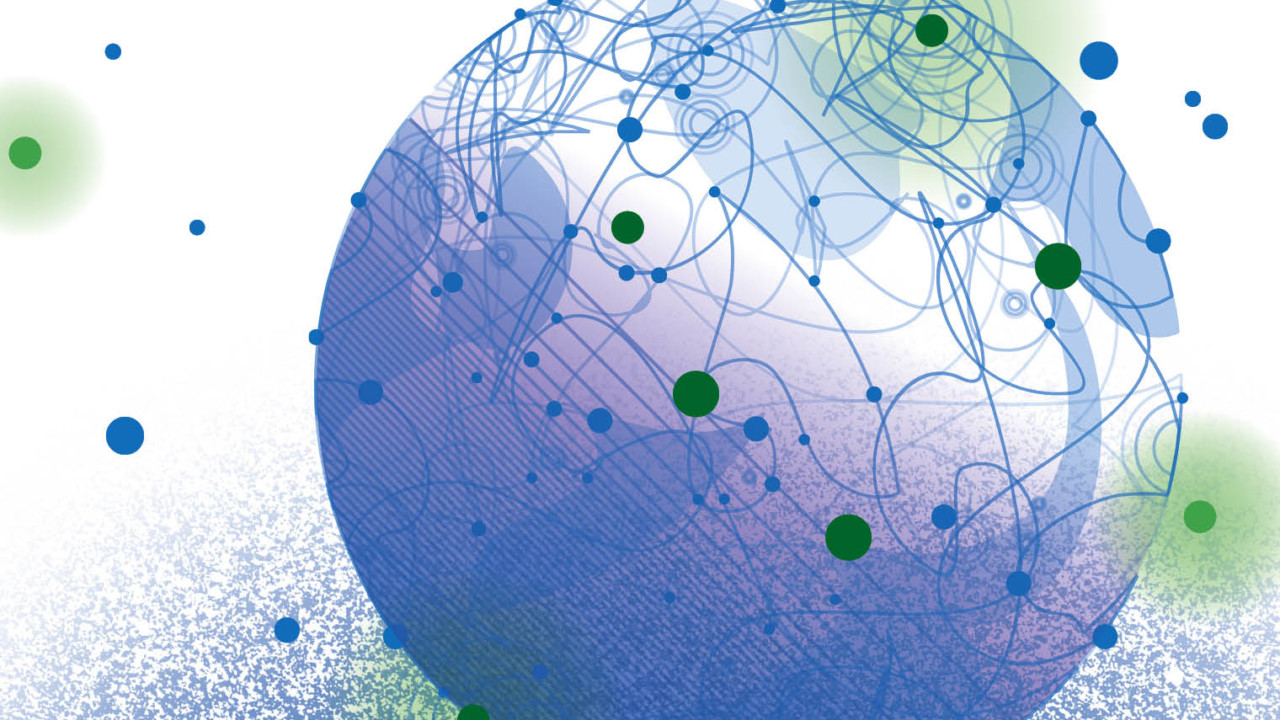 American physicist and philosopher Thomas Kuhn came up with idea of a “paradigm shift” in the 1960s to describe a scientific revolution – a momentous discovery that fundamentally rewrites the laws of science, such as Galileo proving the Earth revolves around the Sun or Newton discovering gravity.

It is not too much to say that finance is undergoing a paradigm shift today, driven by smartphones, financial technology startups, and trends such as blockchain and artificial intelligence.

“Most of the change in the industry was quite incremental and what I regard as linear – the introduction of ATMs, the introduction of credit cards, those kinds of things,” says Antony Jenkins, former chief executive of Barclays. “When you look at what’s happening now with mobile banking, it’s a true transformation. The power in people’s pockets enables them to change things in really quite a radical way.”

The technological revolution in finance is at least half a decade old. And yet embracing this new landscape remains a Gordian Knot for most established financial institutions. Recent PwC research found that only 20 per cent of finance executives feel their organisation is structurally ready to embrace a digital future.

Since leaving Barclays in 2015, Mr Jenkins has spent time speaking to fintech startups and banking chief executives to get a sense of the gulf between the two parties and how to bridge it. He has identified four main challenges facing incumbents: the sky-high expectations of customers who are used to services such as Facebook; the weight of regulation since the financial crisis; legacy technology within banks; and what he calls “cultural resistance”.

“If you look inside a big bank, I often think it’s like cutting through a metaphorical tree,” he says of the tech problem. “Banks have almost every generation of technology going back all the way to the 1960s. Those legacy technology stacks are really, really challenging.”

Mr Jenkins founded 10x Technologies, a startup that offers a cloud-based core banking platform – a modern operating system for finance. It aims to help banks with their digital transformation by giving them new foundations on which to build a new bank.

However, it’s the last challenge, cultural resistance, that Mr Jenkins says is “the most difficult and the most powerful” obstacle.

“It’s not that people in banks are bad people or have bad intent or don’t really understand what’s going on in the technology world,” he says. “It just seems very risky to embrace the newer technologies. That is the problem we see across many incumbents in many different industries.”

Kerim Derhalli spent almost 30 years in the City and more than ten years as a managing director at Deutsche Bank before leaving in 2012 to set up investment app Invstr. Like the ex-Barclays boss, he believes there is “a lot of inertia in the commercial mindset”. Also, a lack of technical knowledge at the very highest echelons is holding back progress, he says.

Financial institutions realise this and are taking action. Andrew Brem, Aviva’s chief digital officer, says: “The whole of our group executive and non-executive board have been out multiple times to Silicon Valley and to Asia to experience big and small digital businesses first hand. We train them on technological subjects – cyber security, software in the cloud.

“Of course, they are not going to be experts, but they are absolutely aware that they need to know these things at least as a point of curiosity.”

Mr Jenkins adds: “The one piece of advice I always give executives or CEOs when asked how to change the tempo around this is to spend some time understanding the underlying technology. Once you understand that you’ll understand how profound this change is going to be and that’s the real driver of all this.” 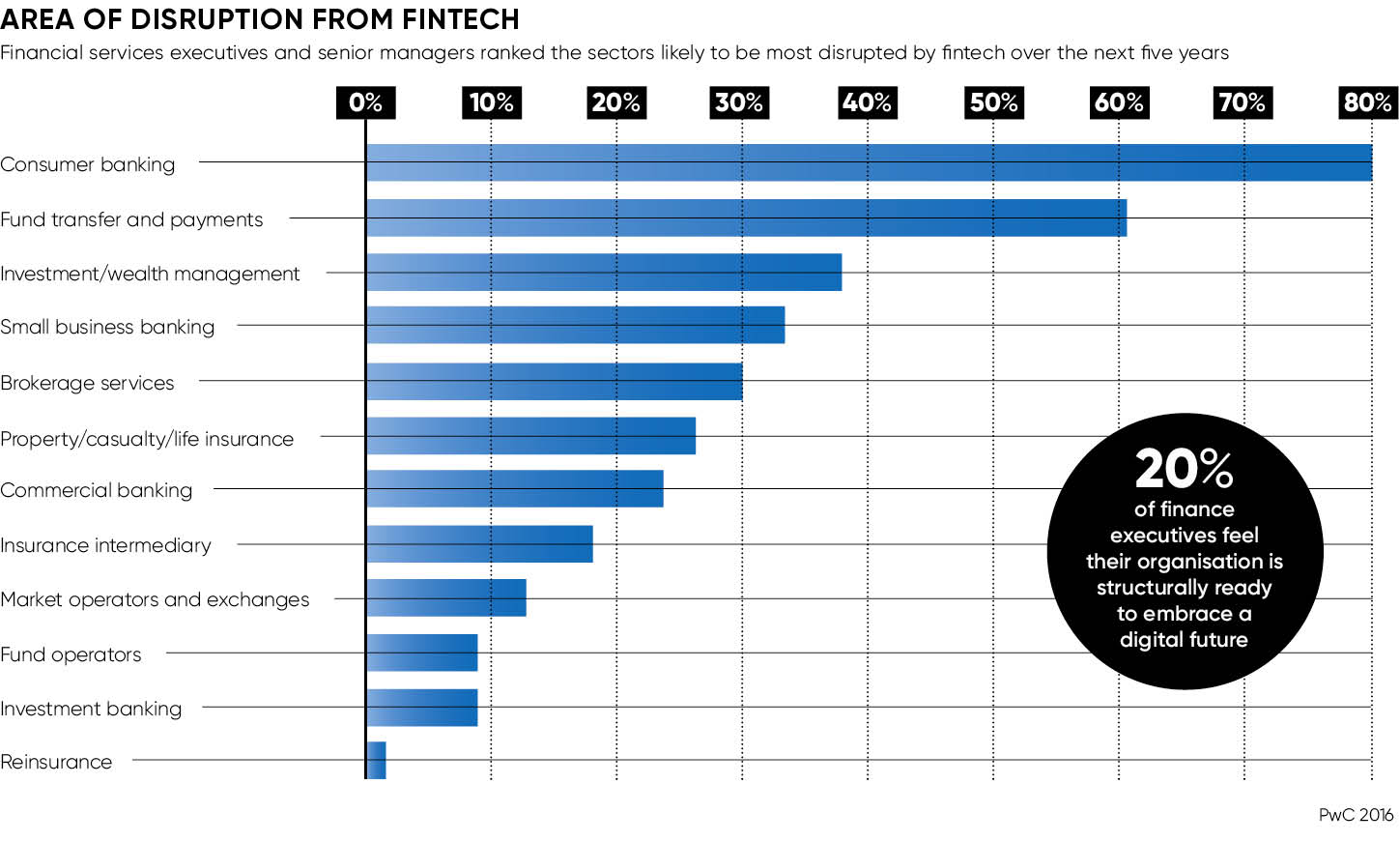 Still, even if those at the top of organisations can grasp the scale of change, can they translate it into an effective strategy?

“You have to pull the tiller incredibly hard to move a big business,” says Mr Brem, who joined Aviva in 2014 from a retail background. “You have to be almost caricatured in your behaviour, you have to be iconic.”

Aviva’s chief executive Mark Wilson is a perfect example, he says. Mr Wilson established a “digital garage” in trendy East London as a physical embodiment of Aviva’s digital strategy and has given Mr Brem significant budgetary support. “The important thing is just to make a bet and get fully behind it,” says the Aviva digital chief.

Mr Jenkins believes creating external organisations which stand alone from the mothership is the only way large financial companies will really be able to transform themselves. And it is transformation, not innovation, that is required, he argues.

He recommends building a separate “challenger” organisation that can rise like a phoenix from the ashes of the legacy player. “Ultimately, what may happen is, once the new business is very successful, then they can begin a process of migration on to the new systems,” he says.

Transforming a large institution into a digital-focused, mobile-first, cloud-ready organisation is a five to seven-year journey, Mr Jenkins says, adding: “When I started to work on 10x, there were a lot of people who thought they’d got it covered and thought that the changes weren’t going to be as significant.

“Now I find many bank CEOs thinking a lot about this and being concerned about it. They’ve moved from thinking there wasn’t an issue to trying to solve it – that’s happened in the last 12 months even.” The paradigm shift is underway.