Brexit or not, innovation is key to economic growth 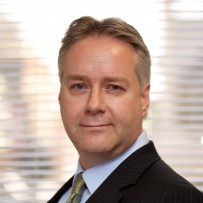 What is it about the United States that appears to foster innovation and the creation of intellectual property (IP), such that internet giant Google, whose parent company Alphabet was recently revealed to be the most valuable in the world, grew out of a place called Menlo Park, California, and not Reading or Lille?

This is a question many countries and organisations have been grappling with, including the EU Commission. The Expert Group on Intellectual Property Valuation, established by the EU Commission and of which I was a member, considered whether a lack of information about the value of companies’ IP assets was creating a barrier for smaller businesses looking to fund the commercialisation of their IP assets.

Certainly access to finance is a critical factor in enabling innovation and the emergence of technology-savvy venture capital providers has been vital to the success of Silicon Valley. However, despite the fact IP owners have long called for the value of IP assets to be routinely included in financial statements, the EU expert group concluded this was not the appropriate way forward.

We considered that valuation techniques are now well understood, but given the potential subjectivity it was better to leave valuation to individual investors; the value of IP assets is very much in the eye of the beholder and therefore not well suited for inclusion in a company’s accounts unless a market price has been established in a transaction.

Clearly, one significant step that has been taken by the EU to encourage IP development is the introduction of the European patent system. This is likely to ease significantly the burden for businesses wishing to protect their IP assets.

However, there is always an economic tension between IP protection and competition law. Stronger protection creates incentives for IP development, but at the same time stifles the ability to build on existing IP assets. In reality, though, research I performed on behalf of creative industries responding to the UK’s Hargreaves Review of Intellectual Property and Growth suggested, on balance, rather than discouraging innovation as some had suggested in a “Google could never happen here way”, countries that have a strong level of IP protection actually tend to be more innovative.

As the debate over Brexit hots up, an important consideration is how the decision would affect the landscape for continued innovation in the UK. Can we continue to build on the success of the Silicon Roundabout or is it a dead-end street? Certainly there would be some definite downsides in the short term, such as losing the advantages of the new European patent system, but there might also be opportunities for the UK.

EU rules are intended to prevent member states from competing with each other for inward investment. Outside Europe, Britain could do more to encourage such investment, using fiscal and other incentives. EU regulation may also create barriers to innovation in some industries; this is certainly the view of Sir James Dyson, one of the UK’s leading innovators.

He told the BBC Radio 4 Today programme in November: “In our particular field we have these large German companies who dominate standard setting and energy reduction committees, and so we get old technology supported and not new technology.” Sir James added: “I want to keep European free trade and free movement of peoples, but I don’t see that we need to be dominated and bullied by the Germans.”

But innovation is ultimately a numbers game; it relies on lots of bright, creative people trying new things. Many will fail, some will not. Silicon Valley has, alongside the Googles and Apples of the world, new startups emerging all the time because a culture has evolved that understands and values IP, and is prepared to invest in it. Heavy regulation doesn’t help create this – it is far more likely to kill it.

So, whether the UK chooses to stay in the EU or leave, one thing the government and regulators can do is to create an environment in which many energetic, talented people are constantly innovating; empowered to succeed, but allowed sometimes to fail – and perhaps creating the next Google.