With an ageing population – UK government statistics estimate the over-65 age group will grow from 11.4 million (18 per cent) currently to 17.5 million (almost 23 per cent) by 2039 – more patients are needing replacement heart valves. 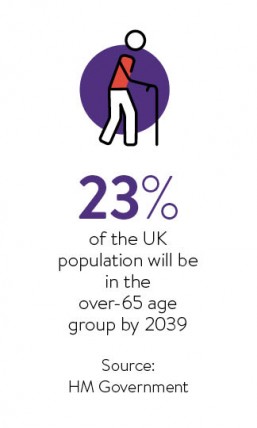 The Perceval, a completely sutureless aortic valve replacement, is now a regular option and its breakthrough design enables surgeons to replace a diseased valve efficiently without the need for stitches, thus reducing operating time and aiding the recovery process.

The distinctive device, designed by LivaNova, has been deployed more than 20,000 times since it won approval, and the results are being welcomed by physicians and patients.

Aortic stenosis, the narrowing of the valve which forces the heart to exert greater force to circulate blood, is the most common heart valve disease and has a mortality rate of 30 to 50 per cent in severe cases within a year of diagnosis. The charity Heart Valve Voice believes more than one million people in the UK have heart valve disease.

The Perceval’s breakthrough design enables surgeons to replace a diseased valve efficiently without the need for stitches, thus reducing operating time and aiding the recovery process

“A common operation is to replace the aortic valve in the heart,” says Professor Stephen Clark, consultant cardiothoracic surgeon at the Freeman Hospital, Newcastle upon Tyne. “A significant proportion of valves can get narrowed down, thickened and calcified – age is one of a variety of causes along with high cholesterol and high blood pressure. With an ageing population, we are having more and more patients coming to see us in their late-70s, late-80s even, with a narrowed valve looking to have it replaced.

“Aortic stenosis will cause patients to be out of breath – people sometimes collapse without warning – and chest pain. It shortens your life and the only option is to replace the hardened, narrowed valve, normally with major open heart surgery.”

Traditional valve surgery can involve the patient being put on a heart-lung machine and having their heart stopped for up to 60 minutes – known as cross-clamp time – while the diseased valve is removed, the replacement positioned and sewn into place.

“The advantage of the Perceval valve is that we don’t put any stitches into it at all,” says Professor Clark. “It comes collapsed so we just take the patient’s valve out and lower this valve in and, literally with the press of a button, the valve expands itself into place and is stable in that position. There is no need for stitches.

“We then take a small balloon, pass that into the valve and inflate it for 30 seconds to finally expand the valve into place. What would have taken us an hour takes us 20 to 30 minutes. The saving is in the time the patient’s heart is stopped and the time they are on the heart-lung machine is cut down by at least a half.” 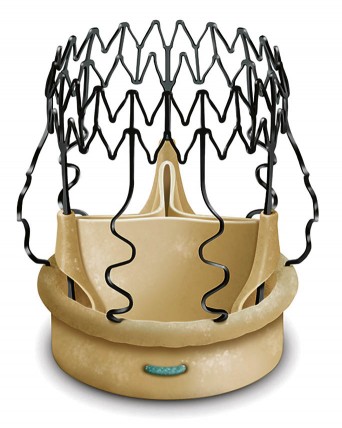 Other research reported that the Perceval had a significant reduction in the cross-clamp time of about 60 per cent. The reduced operating time has a direct influence on potential complications such as kidney failure, bleeding and breathing difficulties, according to Professor Clark.

He adds: “Because the valve can be implanted quickly and we don’t need to be on the bypass machine for so long, all of those complications and problems are reduced so patients who are high risk because they are elderly or they have other diseases can now have this operation with a higher margin of safety. Because of its rapid deployment, the mortality goes down, the stroke risk is reduced, and the length of stay in intensive care and in hospital is shortened, so the patients are recovering better than would normally be expected.”

The Perceval, constructed to adapt to the movements of the aorta during the cardiac cycle, is smaller than other replacement valves, which have an added sewing ring to fix them into place. This makes it suited to minimally invasive surgery where a faulty valve can be removed and the new one precisely positioned through very small incisions.

“Conventional valves have the leaflets of the valve within a strut and also a sewing ring so the area which the blood can go through is reduced,” says Professor Clark. “An advantage of the Perceval-type device is that you don’t need the sewing ring, so all the area is the valve and you have a greater orifice area through which the blood can go so the pressure gradients across the valve are very low making it more efficient than conventional valves.”

More than 150 clinical papers have reinforced Perceval’s positive impact on operating time, haemodynamics, transfusions, post-operative hospital stays and healthcare costs. A recent paper, written by an expert consensus panel and published in a major European journal, confirmed the excellent results of this new valve technology and its potential for wider application in both routine and very complex cases.

The prevalence of heart valve disease increases with age and, according to a 2011 study by Spaccarotella et al, 2 to 7 per cent of those aged over 65 have aortic stenosis. Heart Valve Voice is concerned there may also be undiagnosed heart valve disease.

“Having heart valve disease is a hugely worrying time for the patient and their families, and there is angst among patients, who are elderly and have a lot of other diseases, about the outcome and complications,” says Professor Clark. “But this technology offers reassurance regarding what we can do to reduce those problems, and less time in hospital or intensive care means they can get back home to rehabilitate sooner and the recovery process is quicker.

“It is a significant technological advance which brings the benefits of reduced operating times and the reduction of intensive care and hospital stay, allowing us to be more efficient and be very cost effective – and that benefits the patients in terms of reducing their risks and speeding up their recovery.” 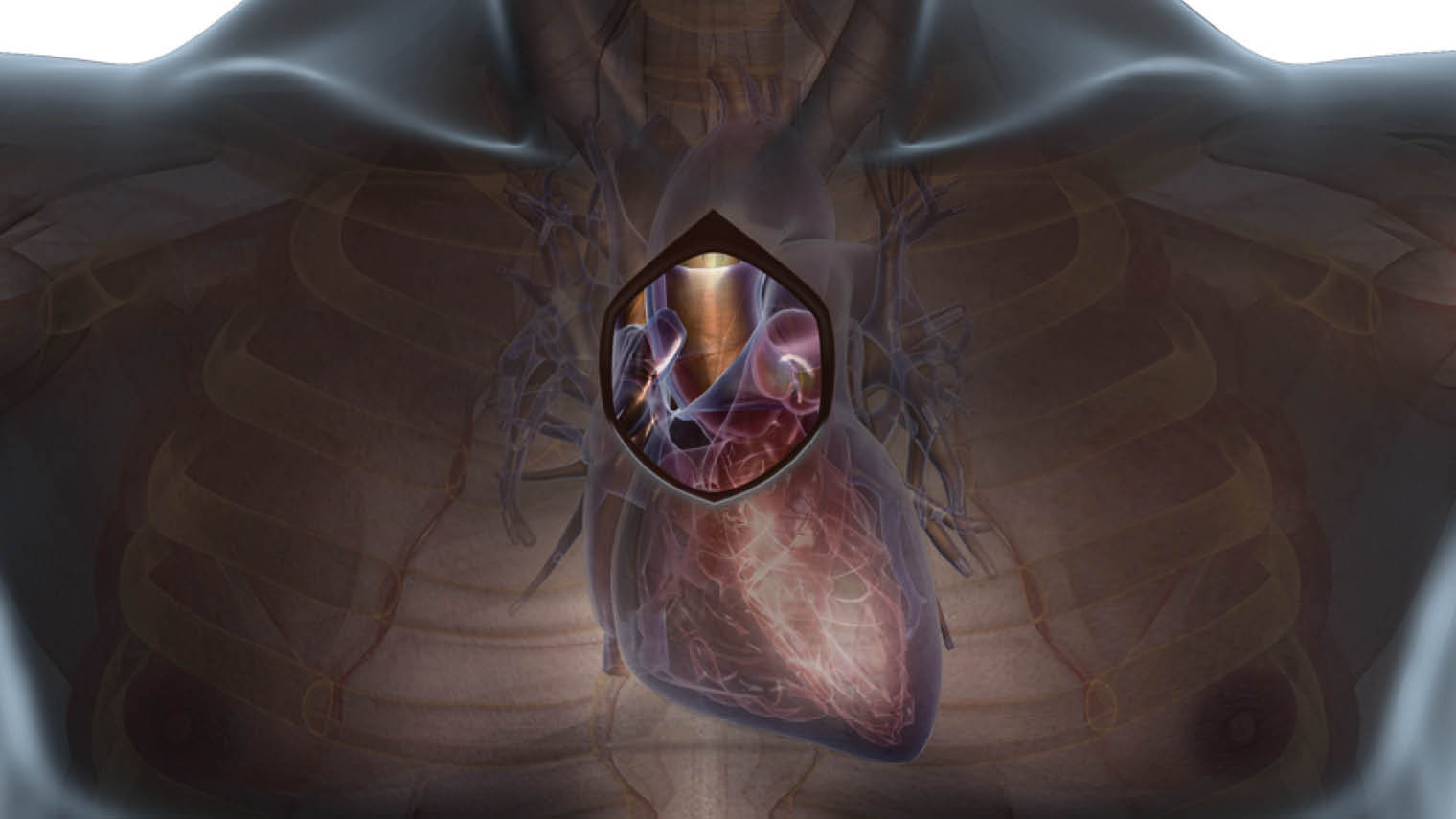 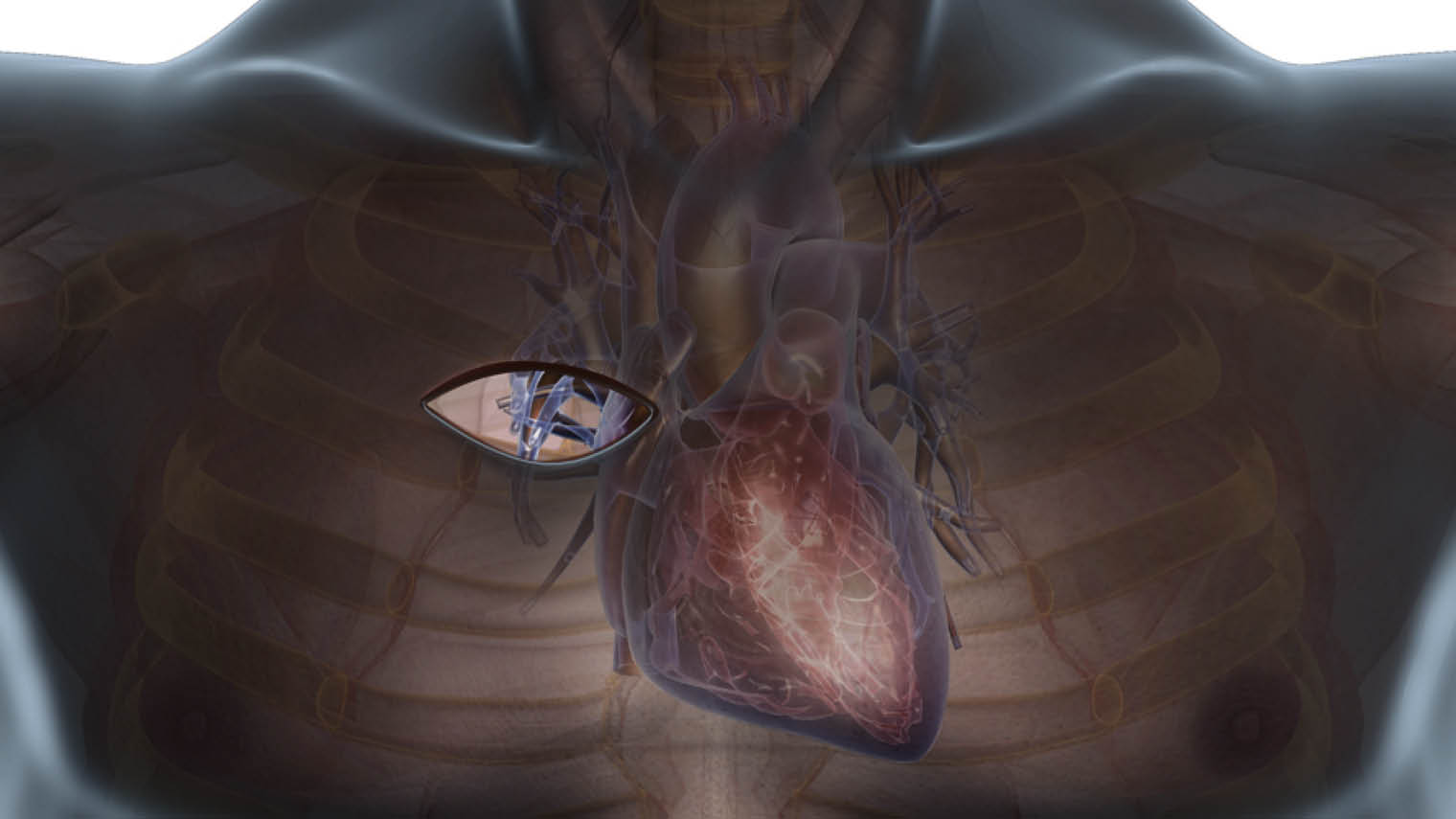 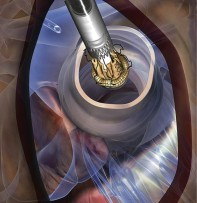 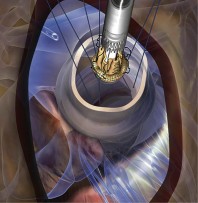 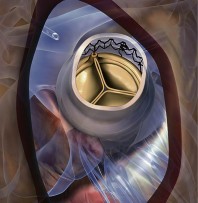 No need for permanent suture

ANN FINLAY: BACK WALKING HER DOGS

Active 81-year-old Ann Finlay loves to walk her dogs Tara and Barney across the moor near her Cumbrian home, but it is a delight that was in peril when she was diagnosed with a heart valve that was 90 per cent dysfunctional.

Ann, who had enjoyed good health throughout her life, had been suffering from moments of breathlessness and chest pain when she booked an appointment at her GP surgery.

“I was finding it was becoming more difficult to walk any distance without getting pains in the chest and getting short of breath,” says Ann, who lives near Carlisle with her retired antique dealer husband Michael, also 81. “The doctor said it was 90 per cent dysfunctional and it was going to conk out if they didn’t do something.

“I’d had a hip replacement ten years ago, but was in reasonably good health, so they said I should have the valve replaced. I wasn’t too stressed about it because I have friends who have had the operation.”

A further examination revealed that Ann needed a single bypass procedure at the same time and Professor Stephen Clark performed the operation in Newcastle upon Tyne, using a Perceval valve, earlier this year in March.

“I went in for assessment and tests about ten days before the operation date and was then admitted to hospital for the operation,” says Ann, a former nurse who worked with terminally ill patients.

“It went very well and I felt all right after the operation. The most immediate thing was that there was no more pain in the heart and the breathlessness gradually got better over a period of about a month.

“I was in hospital for four days after the operation, but felt I recovered quickly once I came round form the anaesthetic and its effects wore off. The rehabilitation went well, and every day I felt better and stronger.”

Her recovery suffered a temporary setback with a bout of shingles, but Ann, who has three daughters and five grandchildren, believes her revitalised heart helped her cope with the condition and continue with her positive recovery.

Free from the breathlessness and concern that goes with it, she is now back enjoying walks with rescue dogs, eight-year-old Tara, a skittish greyhound with a Border Collie phobia, and four-year-old Barney, a Coton de Tulear.

“I feel the benefit of the surgery and I’m more positive. I now look forward to walking my dogs around the moor,” she adds. “The hospital and the doctors were very good at providing information and telling me about the operation, but I didn’t realise it was a new type of valve. All I know is that it works and I feel a lot better.

“It is well worth it if you feel you can trust your surgeon, which I did very much. It makes you feel a lot better, more energetic and more positive about life.” 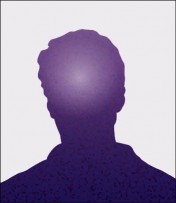 Striking out across a six-mile trail is not the most obvious recuperative choice for an 80 year old, who has just had a heart valve replaced. But Fred Allen was determined to return to active life as soon as possible after the procedure of removing a faulty valve in favour of a Perceval.

The operation, conducted by Professor Clark at the Freeman Hospital, Newcastle, was a success and former newspaper print hall worker Fred is now back to his active self.

“They say you should get out and walk as soon as you can, and I was only in hospital for four days after the operation,” says Fred, who lives with his wife Margaret, also 80, near Carlisle. “We went on holiday shortly after the operation and did a stretch of Offa’s Dyke. It was only six miles of it, but it was a bit of a walk so soon after and I was delighted to do it.”

Fred, who took early retirement after 30 years working in Manchester, enjoyed a sporty lifestyle playing cricket and football regularly, and getting trials for Lancashire County Cricket Club as an all-rounder.

“I played for Middleton in the Central Lancashire League and I was always a good fielder because I could move around the field. I didn’t get through the trials, but I love sport and carried on playing cricket in the summer and local league football in the winter,” he says.

He also walked the 603 miles from John O’Groats to Land’s End to raise money for one of his sons to go on a charity trip to Pakistan. “I was in my mid-50s then, and I’ve always kept active and enjoyed good health,” he adds.

Fred and Margaret moved from the family home in Heywood, north Manchester, where they brought up five children, now aged 42 to 55, to Carlisle to be near two of their sons, and they renovated their new home.

I’m walking almost four miles every day and I’m still cycling at 80. I’m happy about the way I feel and hope I keep going

“It needed a lot doing to it, but I was as fit as a fiddle and worked on it with my son who was a fireman,” he says. “That was about ten years ago and everything was fine, but I started to slow down about four years ago and I suppose that is old age.

“I went to the doctor at Carlisle Hospital and he wasn’t happy with my heart, and wanted other people to have a closer look at it, and eventually they decided that I should have the operation.

“They looked after me really well and said I could go home on the fifth day. I wouldn’t say it makes you a completely new man, because I’m 80 years old, but I am happy.

“I’m walking almost four miles every day and I’m still cycling at 80. I’m happy about the way I feel and hope I keep going.”