After the Brexit referendum, many analysts predicted that the the German capital would leapfrog London as Europe’s tech startup capital, but it faces its own challenges 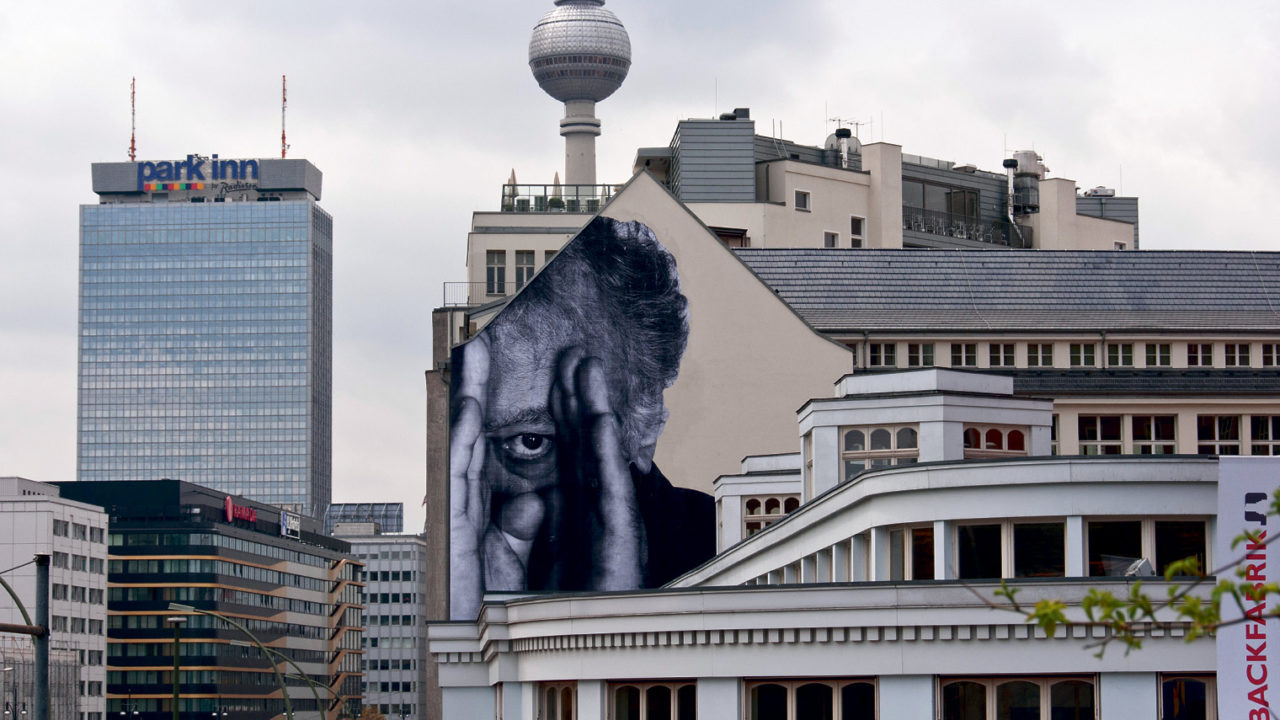 Nestled between leafy Mitte and colourful Prenzlauer Berg is Torstraße, where many of the open-plan offices of Berlin’s tech startups are dotted. The area is lively; full of quirky bars, theatres and restaurants that are frequented by the area’s young workforce. Further south, hipster conclaves Neukölln and Kreuzberg are slowly growing a reputation for new businesses, too, following the successful strategic model of Berlin stalwart Rocket Internet, which builds and incubates startups.

The city’s startup scene has been a jewel in the crown for its reputation as a refuge for young creatives, and a major draw for many of those emigrating to Germany. And it seems to have worked – the benefits of startups making their home in the densely populated, culturally diverse neighbourhoods of Mitte, Prenzlauer Berg and Kreuzkölln have, at least in terms of company culture and community, outweighed the cheaper rent of industrial areas ‘outside the Ring’, the Ringbahn that snakes its way above Berlin’s central districts.

For years, Berlin has vied with London as the startup capital of Europe. Ernst & Young’s recent report, Startup Barometer Germany, suggests that for the first time London has edged ahead of Berlin in startup investment volume, with €1.32 billion (£1.13 billion) of investment in the previous six months – an increase of €289 million.

Whether that can be sustained after the UK’s vote to leave the EU in June, however, is another question. After the vote, German Startups Association chief executive Florian Nöll even described Berlin as the “winner” of Brexit. “London is the loser,” he said.

Travis Todd, co-founder of Berlin-based startup community Silicon Allee, thinks Nöll is right. Todd points out that in recent years, startups have brought more investment to Berlin than real estate – “an amazing feat, considering how many cranes you see when you look around the city.” he laughs. “With the uncertainty of Brexit, investors will be more reluctant to invest in the UK,” Todd says. “But everything that makes Berlin a thriving startup ecosystem – low cost of living, access to high-quality talent, quality of life, stable economy – remains.”

Running counter to that, however, is a significant year-on-year decrease in investment volume in the German capital. Funding slumped from €1.46 billion in the first half of 2015 to just €520 million this year, creating a problem for the one in eight jobs in the city created by the digital sector.

“There are obviously exceptions, but it can already be tough to find work in Berlin above mid-weight level,” says Louisa Heinrich, a startup consultant who splits her time between London and Berlin. “And it’s even tougher to get paid what you’re worth.

“So far this year I’ve had eight friends leave Berlin because they weren’t able to find suitable, senior-level, challenging, fairly compensated work, and I’ve heard of a few others taking heavy pay cuts to come to Berlin, which I can’t see as a sustainable trend. The cost of living has risen steeply in the past five years, but the salaries and day rates don’t seem to be keeping up.”

Straight after the Brexit vote, campaigns fronted by German politicians and tech entrepreneurs started up to encourage Brits to move to Berlin, hoping to capitalise on the sense of uncertainty amongst many young British professionals – but these stunts may have been more focused on marketing than the practical realities of the city’s tech startup community. If freedom of movement rules are rewritten post-Brexit, it will be much harder for British workers to move to Europe to work in startups or found their own businesses. The outcome of negotiations is still unknown, but Donald Tusk, president of the European council, has stated that he “can’t see any possibility of compromising” on the free movement of people.

Heinrich and Todd both cite the creativity and diversity immigration bring, but others are less concerned. Hergen Wöbken, chief executive of the Institute of Strategy Development think tank, stresses that “anyone from Great Britain is welcome in Berlin”, but also points out that less than 1 per cent of the Berlin population is British. Though their companies and colleagues may miss them, he says, in practical terms it makes “absolutely no difference whether more or fewer Britons come to Berlin”. 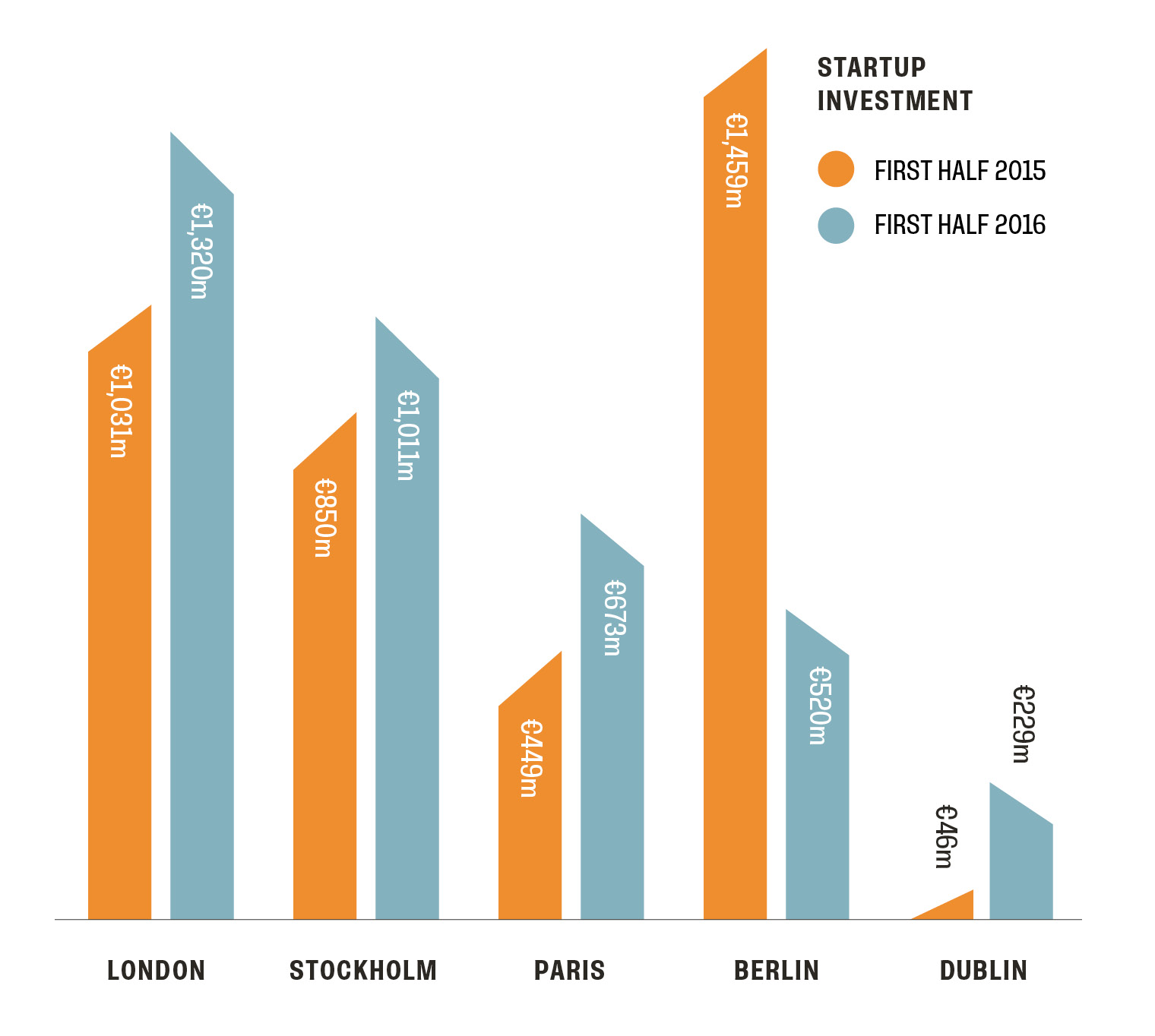 For London, the impact may be larger. There is likely to be significant pressure on London’s booming financial technology, or fintech, sector. The City’s financial institutions rely on their “passporting” rights to offer services across the European single market. Those companies have fuelled the fintech market, and several have raised the possibility of moving significant operations out of London and on to the continent. Berlin, the cooler cousin to Germany’s financial hub of Frankfurt, could pick up the slack in fintech.

“As soon as the results came in, businesses announced they were leaving the UK,” Heinrich says. “People are concerned about the availability of funding and talent, and most of all about the size of their market if free trade with the EU is cut off… And not all London startups were founded by UK citizens. I’d guess those founded by Europeans will be among the first to leave.”

With huge uncertainty looming over both cities, Wöbken says that the statistical measures of success – funding levels or the absolute number of startups – are not that meaningful. Rather, we should be asking questions about how many jobs can be created, or whether the startups contribute sustainably to a city.

“We shouldn’t be asking which city is better, London or Berlin,” says Wöbken. “We should be asking what Berlin could learn from London and vice versa.”