The construction industry has faced torrid times in recent years, with the financial crisis leading to the demise of many firms within the sector. Those that survived and continue to thrive today are the ones that are agile and able to adapt at speed to changing market conditions, and are adept at spotting opportunities in new markets. Beaver 84 is one such company.

Founded in 1984, the leading supplier of access, fencing, groundworks and events products has spent the last three decades continually expanding, innovating, and diversifying, unfazed by two recessions, and focused on maintaining the quality of its products and services that have made it a preferred supplier to the construction and events industries. 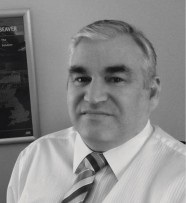 Asked what the key factors are behind the company’s 32-year success story, managing director Steve Tysoe cites the versatility of their products, and their ability to diversify and penetrate new markets, capabilities that have set them apart from the competition.

“Not only did this help us to get through the recession, it has also been central to strengthening and growing our business and our brand. I think we’ve also been very successful at changing people’s mindsets about the use of our products,” he says.

The company has an impressive timeline of expansion, acquisition and product innovation, which was put to the test when the company that had bought it in 2006, SIG PLC, decided to sell to current owner Altrad in 2011. Since then, turnover increased from £24 million in 2011 to £39 million in 2015.

Mr Tysoe says: SIG PLC were overloaded so, to concentrate on their core product base, the decision was made to sell to Altrad in the depth of the recession as we were more in line with other companies within the group.”

Today Beaver 84 is well established in a number of sectors outside its construction mainstay, heavily involved in brand activation through a buoyant events division, and in a number of exciting projects within the TV and film industry through its access division.

Events and film production represent two very different directions to the construction industry, and illustrate the extent of the company’s ability to diversify. Their route into the film and TV market came in 1995 via a chance call from a set provider working on a Warner Bros. Pictures production who needed some scaffolding products for behind the scenes.

Since then, Beaver 84 scaffolding and related products have been part of productions such as Downton Abbey, Star Wars, Harry Potter, Pirates of the Caribbean, plus a number of Bond movies, including GoldenEye and Tomorrow Never Dies. Film and TV is poised to be a growth area for the company in the coming months.

Beaver 84’s foray into the events market began with the supply of security fencing for events such as Glastonbury, and the Leeds and Reading festivals.

“As with our move into the TV and film market, once we’d had a glimpse of the events market, it became obvious very quickly that there was a market demand for more scaffolding-based products, for example, in the staging, lighting, and camera and control towers. We started to investigate in more detail and, although it is a seasonal market, running from April until October, there were some associated companies and products in that space,” says Mr Tysoe. 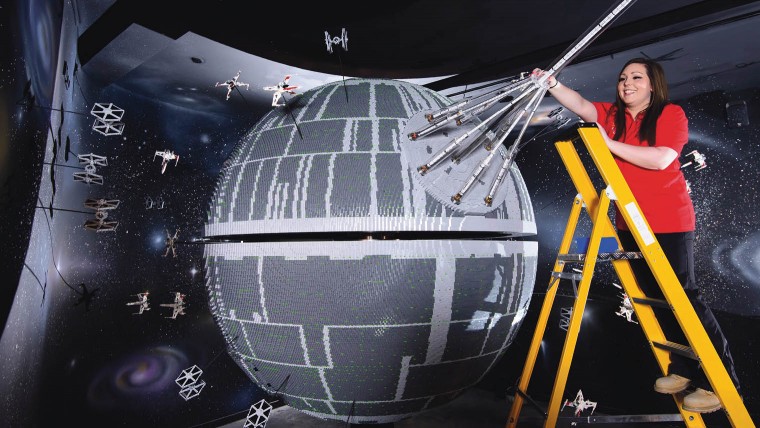 In 2014, Star Events Group came on to the market and Beaver 84 moved quickly to acquire it, and subsequently merged the two companies’ events divisions, a decision that has paid dividends. Renamed Star Events Ltd, the design and engineering team behind the brand are seen as the industry “go to” experts, having staged a number of show-stopping events for major brands such as Jaguar Land Rover.

Events involving water are a speciality. Last year, when accommodation website Airbnb needed a floating house to mark the introduction of new legislation on short-term lets in London, Star Events were called on to deliver. Their bespoke floating two-bedroom house, including kitchen, living room, bathroom and garden, was completed in just four weeks and attracted plenty of media coverage of its River Thames launch.

Away from the entertainment and events sectors, another growth area for Beaver 84 is its Edge Protection Solutions division, vital for construction industry site safety and protecting those working at height. Two years ago the company bought into the Rapid-EPS system, one of the most effective edge protection systems, quicker to erect than conventional drill and fix systems, and requiring no tools or drilling.

“Initially we were expecting it to generate a modest turnover,” says Mr Tysoe. “But once we’d got into the market, we realised it opened many more markets. There are strict health and safety laws for building in concrete, timber or steel, and the correct safety products have to be in place before anyone is allowed to work at that level. We are also the sole UK distributor of that product.”

Within its scaffolding division, the Plettac Contur system is another innovative and versatile product offered by Beaver 84, which has a 40 per cent faster installation time and is designed to tackle the toughest of terrains.

Beaver 84’s strategy for seeking out and capitalising on new market opportunities and focus on ongoing product innovation have been fundamental to its ability to succeed in a challenging economic climate where others have failed. But in order to achieve its business objectives, the company has also invested in its workforce of more than 200 employees based at 13 strategic locations across the UK.

Investment in training and development has been key to low levels of staff turnover, which have helped the company retain the vital industry knowledge and expertise acquired from working across multiple sectors over a period of many years. In a fiercely competitive construction industry, Beaver 84 has found a winning formula and proved that a small company can stand the test of time.

“Looking ahead there will be new products and further acquisitions, and we are aspiring to reach a £50-million turnover very quickly and build on that as we go through organic growth as well as acquisition,” says Mr Tysoe.

“We have four very distinct divisions – access, groundworks, fencing and events – now within Star Events’ portfolio. We are also extremely diverse. You won’t find another company that is in competition with us in all four of those directions. Yes, we have a number of small competitors in each individual sector to think about, but we don’t have one main competitor to worry about – and that puts us in a very strong position for future growth.”