As schools seek to raise standards, help could come from an unlikely source – a virtual teaching assistant packed with the power of artificial intelligence 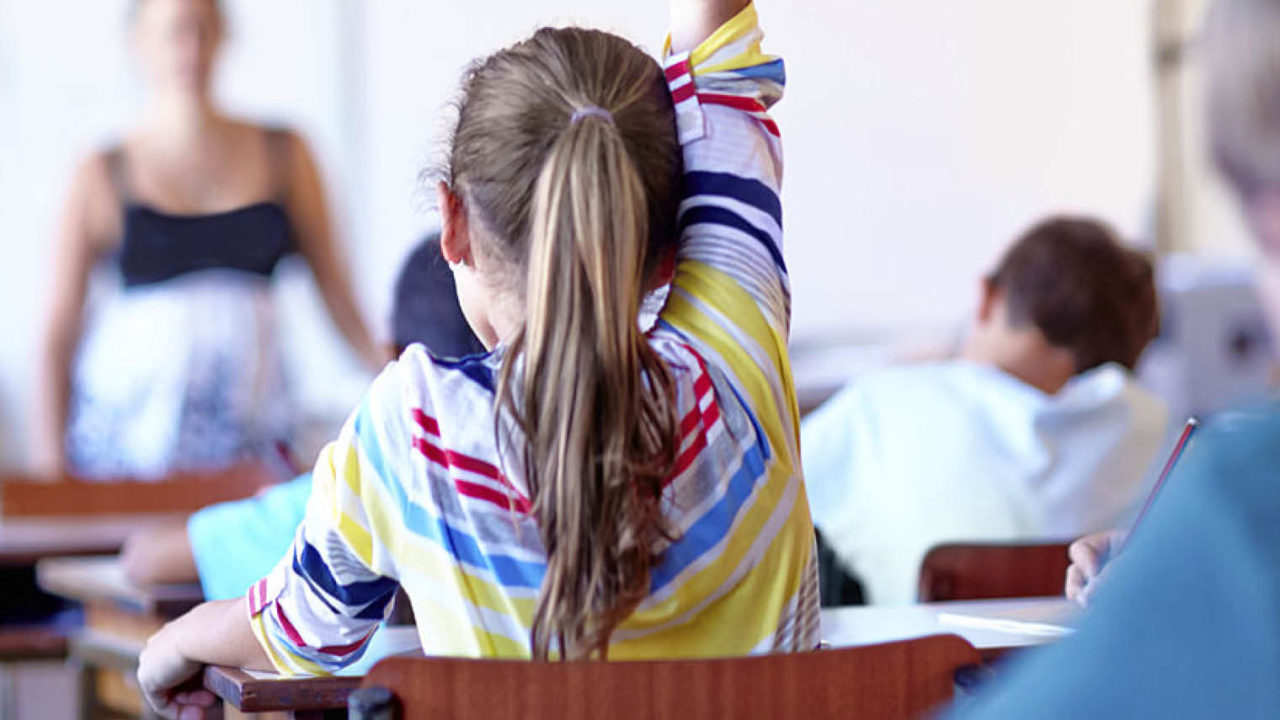 Glancing around school classrooms in 2016, it’s easy to miss just how far technology has transformed learning over the last decade. The desks, whiteboards and rows of chairs are the same, but so much else has changed that can’t be seen.

A third of Britain’s schools are asking students to bring their own tablets and laptops into the classroom now, coding has been on the national curriculum for three years, and more and more education is happening outside school through apps and digital services.

But these changes are just the start. Artificial intelligence (AI) is the next giant leap in learning and, according to those working in the field of education and technology, we haven’t seen anything yet.

“Some technologies in the field of education have had the potential, but not the ability, to deliver or transform,” says Ian Fordham, chief executive of Edtech UK, the strategic body for education technology in Britain.

“The recent developments in AI and machine-learning are a major exception with the potential to revolutionise how young people learn, teachers and tutors teach, and how society drives forward learning in the future.”

If you don’t think AI is poised to change your world, maybe you haven’t spotted the signs. It’s not just Apple’s Siri getting better at telling jokes or ordering you a taxi, AI is recommending what you should buy on Amazon, listen to on Spotify and even writing the news articles you read (but not this one).

Last year a group of the most respected tech entrepreneurs, including Tesla’s Elon Musk and PayPal’s Peter Thiel, pledged $1 billion to the creation of OpenAI, a non-profit “friendly” AI to benefit all humanity.

This year Google’s DeepMind took on and beat the best human Go player in the world, and Facebook launched a virtual assistant, powered by AI, called M.

The sheer wave of investment and energy being poured into AI is undeniable and on par with mankind’s greatest endeavours – and now it’s coming into the classroom. First, forget any notion of robotic teachers. In fact, human teachers will be vitally important in rolling out and developing AI in education.

“AI will not replace tutors, it will support them and it will guide them to be better teachers,” says Tom Hooper, founder of Third Space Learning.

Third Space began in 2012 by providing one-to-one maths tutoring over the internet by connecting children with teachers around the world. Since starting, nearly 350 UK schools have enrolled 6,000 struggling students on to Third Space.

And the real magic is what Mr Hooper and his team are doing next. “We record every session that we deliver, thousands of hours of teaching and learning every week – a huge quantity of data on human interactions,” he says.

“About 12 months ago we started a research project with University College London looking at what patterns there are around positive teaching outcomes and how we can optimise teaching interactions to promote best practice.”

By boiling down teaching to this level, Third Space’s ultimate goal is to build a platform that can give real-time feedback to its online tutors and empower them to become even better educators.

Say a child misunderstands a core mathematical concept or a teacher accidentally skips something, the AI could alert the teacher to this problem before it becomes a bigger issue later in the child’s education.

“If we can aim to shape the performance of the teacher – the teacher being the significant input into a child’s learning – then you’re creating something truly powerful,” says Mr Hooper.

He imagines a world where every teacher, both in and outside the classroom, is guided by an AI that has itself been trained by the learnings from millions of lessons.

But why do we need AI in the classroom at all? Aren’t teachers doing a good job? For one, class sizes are growing. According to the Organisation for Economic Co-operation and Development, the UK now has an average classroom size of 26 pupils, compared with an international average of 21.

At the same time recent Department for Education statistics show that in England half a million primary school students are being taught in classes of 31 pupils or more.

“The implications for teachers are stark: how do they deliver a teaching experience that meets each child’s individual needs?” asks Junaid Mubeen, head of product at digital maths tutor Whizz Education. “Our research shows that a four-year learning gap now exists in classrooms the world over.”

Whizz Education claim that just an hour a week spent with their AI-powered tutor over the course of an academic year can accelerate a student’s learning by 18 months ahead of their peers.

Similarly, an independent university study in 2012 found that 34 hours using the free Duolingo language app to learn Spanish was the equivalent of an entire first term studying the language at college.

But, if they’re already so powerful, why are these AI-powered learning systems only being used by a tiny fraction of students?

“AI suffers from image problem in education,” says Whizz Education’s Mr Mubeen. “With the rise of intelligent tutoring systems, educators have been forced to confront their own existential crisis: can a machine teach and what does this mean for teachers?” 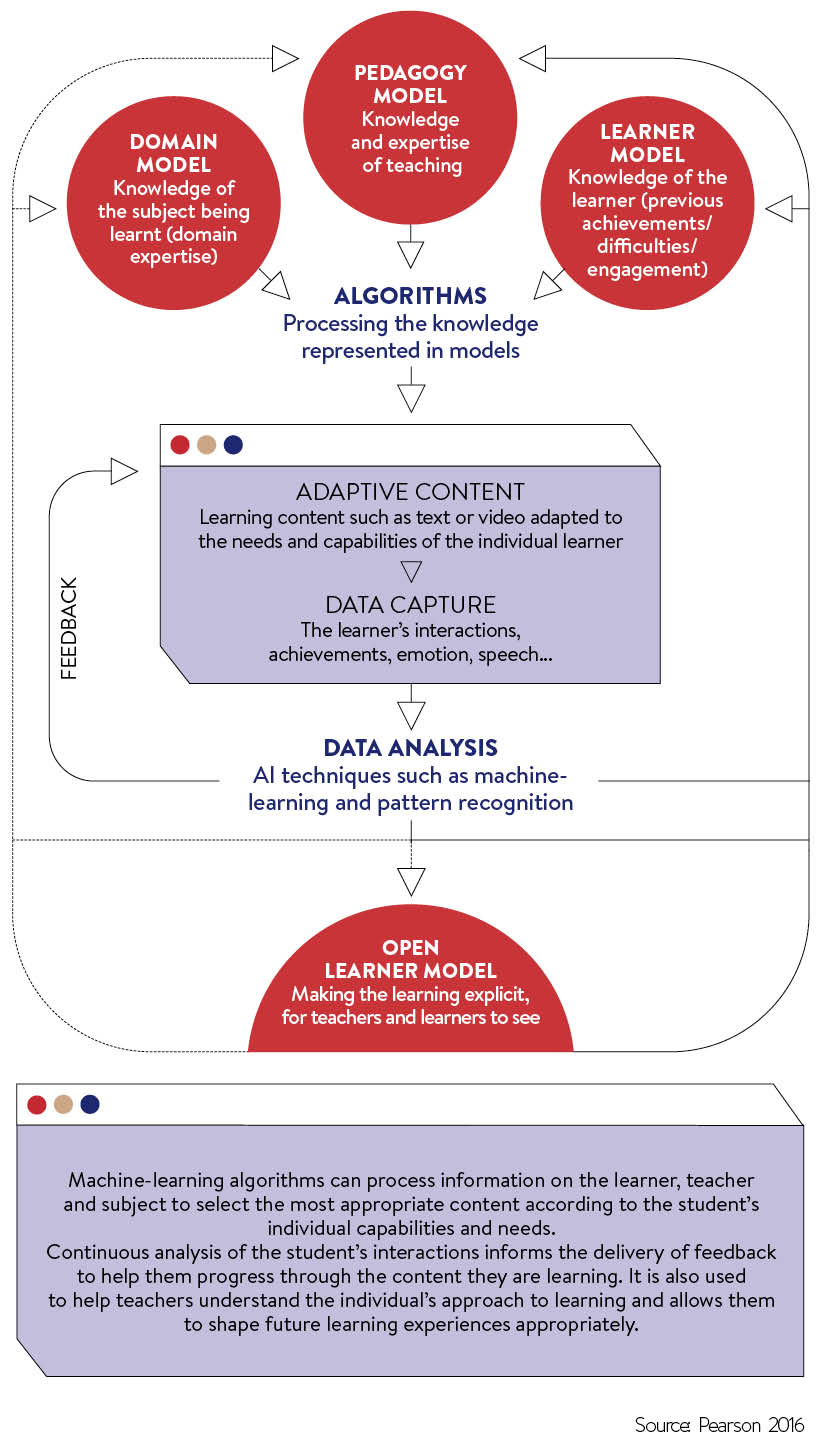 Resistance, therefore, has been rife, but misplaced. “Within 15 to 20 years, artificially intelligent tutors will be as common as car insurance, and these tutors will engage with a child’s emotions through speech interaction, support problem-solving and develop much more targeted learning paths for each student,” he says.

And while the pioneering work of Whizz Education, Third Space Learning, Gojimo, Duolingo and others is pushing AI into mainstream education, it’s admittedly still a work in progress.

“Despite nearly three decades of work, AIEd [AI in education] is in many ways still a cottage industry, and the benefits and enormous potential of the field remain mostly unrealised,” according to education giant Pearson in its 2015 report Intelligence Unleashed: An argument for AI in education. “Sadly, many of the best ideas in AIEd currently make it no further than the lab or perhaps a lecture hall.”

With a growing, diverse population, not just in the UK, but also in countries such as India and Japan, AI in education isn’t just an option, it’s quickly becoming a necessity.

Today’s teachers are already struggling as class sizes race above 30 students per teacher and this is a challenge that only looks like getting worse.

AI, like the education technologies that came before it, probably won’t change the desks, whiteboards and rows of chairs synonymous with learning, but it has the potential to change just about everything else.

Teachers, empowered by smart assistants helping them to be even more effective educators, students, given tailored support, and AI-powered learning opportunities both inside and outside the classroom, will excel.

The issue that continues to hold back AI in education remains that of the human capital which will be needed once AI takes hold.

Stanford University, which sits on the doorstep of Silicon Valley and has been the birthplace for dozens of AI startups, recently began its One Hundred Year Study on Artificial Intelligence. Its panel of leading AI academics were unequivocal on the importance of teachers: “Over the next 15 years in a typical North American city, the use of intelligent tutors and other AI technologies to assist teachers in the classroom and in the home is likely to expand significantly.”

Teachers, students and parents, prepare for the revolution.