The agile business involves staff at every level of strategy and planning, but must act without delay, writes Nic Fildes

It is easy to think of innovation as coming as a result of the visionary genius of a company’s leadership team. However, many companies have learnt there is another side to the cult of personality leadership coin. Leaders of companies, including Nokia, BlackBerry and now Tesco, stand accused of resting on their laurels during the boom years and not listening to, or engaging with, talented staff who saw threats or opportunities coming over the horizon.

The switch to a more agile corporate culture which stimulates collaboration has been widely adopted as a slogan, but how can companies ensure they are not just “agile-washing” and falling into the same top-down hierarchical structures of yesteryear?

Supercell, the Finnish games developer behind the wildly popular Clash of Clans, is a case in point. Just as Nokia, Finland’s corporate megalith, was crashing, the tiny game-maker set about adopting an unusual cell-like company structure. Small “cells” were formed to develop ideas and had to provide regular updates on progress to other teams who had the power to pull the plug on a failing game. The team behind the doomed game would have to make a presentation to the entire company about what went wrong and their failure was toasted with champagne by all of Supercell’s workers. The strategy worked with Supercell now valued at $3 billion.

The challenge is, of course, different for established businesses with tens of thousands of employees, but the risks of not fostering internal collaboration could prove fatal.

IBM recently published a study by Professor Andy Wang which noted that the number of new chemical entities created by major companies has tailed off since 2000 despite research and development budgets doubling over the past decade. “Unless pharmaceutical companies change how work is performed internally, they will find it difficult to fuel the double-digit earnings growth that has become an industry expectation,” Professor Wang says.

Research is traditionally a “solitary effort” with individuals or small cliques of scientists accustomed to receiving all the credit for a breakthrough, IBM points out. Those scientists are traditionally loathe to share information with other teams or colleagues, a structure that will no longer hold in a world where more data is being generated than ever before and the need for internal collaboration is paramount.

The issue of the internal “hero” can also hinder much smaller companies looking to commercialise a technical breakthrough. Featurespace, a predictive analytics company founded in Cambridge, has appointed former Capital Radio and Yahoo Europe boss Martina King to navigate it to success. The company has adopted some agile practices, but more important for Ms King is getting the balance of staff priorities right to ensure the “highly competitive” academics at Featurespace, working on algorithms, have the same priorities as the sales staff brought in to ensure the software is commercialised rapidly.

In the digital age, there have never been more opportunities for top managers to stimulate ideas from staff

“It can take a long time to commercialise a product and some academics will want to move on to the next thing. It’s about finding the right combination of people to collaborate effectively,” says Ms King.

It was a different challenge at Yahoo where Ms King made sure she stayed in touch with people on the “front line” by getting staff to appoint representatives to bring the best ideas to the top table. Those representatives were known as “Chips”, named after the 1980s police show, and played a crucial role in ensuring staff had confidence in their ability to influence company strategy. “Quite often management can get in the way of really good ideas getting to the top,” she says. 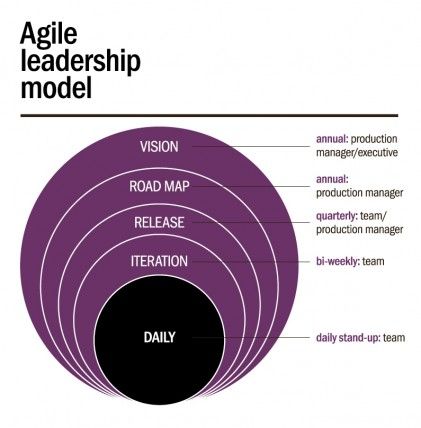 In the digital age, there have never been more opportunities for top managers to stimulate ideas from staff, whether it is via traditional intranets or companywide social networks, such as Yammer. Few agile businesses of scale would rely entirely on e-mail or face-to-face communications for collaboration anymore with staff spread across multiple locations and time zones.

EE, Britain’s largest mobile phone network, took the decision to shut down its intranet at the time it adopted the brand which will eventually replace Orange and T-Mobile. It replaced the clunky old system with a bespoke social media tool designed to encourage conversation and collaboration between all employees.

Lynne Arrowsmith, the former head of internal brand at EE who has since co-founded Up Communications, says the social network was not moderated. “No longer was there simply a one-way corporate news site, updating on the latest employee benefits and corporate news. We turned your standard employee intranet into an agile engagement tool that connected our call centre employees with our stores staff and teams across the business with the chief executive and the board,” she says.

No matter what approach to internal collaboration is adopted, it is clear that keeping agile is a running battle and companies will need to evolve over time. Bjarte Bogsnes, head of performance management development at Norwegian oil giant Statoil, told the Agile on the Beach summit this month that staying agile means battling bureaucracy.

AGILE ON THE BEACH 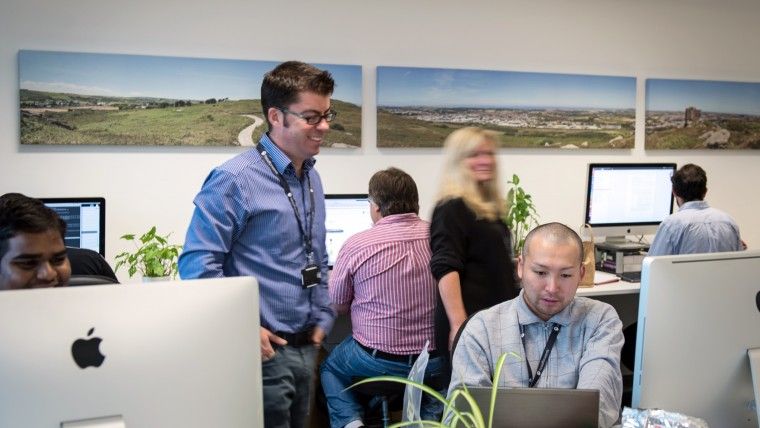 There will never be an “employee of the month” photo hanging up in the offices of Cornish software company Headforwards. The small but fast-growing business has structured its entire company around agile and has made team delivery key to its business. There are no individual employee awards, only team benefits.

The approach may not sound that unique, but Headforwards is showing the results of its agile approach. It has grown from a five-person shop three years ago to a 35-strong team and believes the key to its success lies in two key factors – its agile philosophy and the location of its offices on the north coast of Cornwall. The company expects to double in size by 2015.

The latter point is not to be taken for granted. The county’s new fibre optic network has opened up the prospect of a burgeoning high-tech sector in one of the country’s most picturesque spots.

Developers keen to relocate to the beach are starting to take advantage, which has increased the pool of talent for startups such as Headforwards to tap. The company makes the most of its surroundings too. It holds regular barbecues on the beach and hires bouncy castles for its developers by the local river. It also participates in the annual Agile on the Beach summit in Falmouth which attracts speakers and experts from around the world.

These learnings have helped formulate the core values of Headforwards, which has led it to win major contracts with companies such as Japanese telecoms giant NTT that a small development team based near Redruth would normally have no chance of scooping.

“Agile is a philosophy as well as a method. It’s continually evolving and is not a prescribed ideology. Key to that are collaboration and an effective team-working environment. When we are competing against other companies around the world, we are at an advantage,” says Toby Parkins, Headforwards’ co-founder.

Reducing, rather than promoting, competition among its workers is key to any agile company

He highlights a recent extension to a contract with NTT as an example of where its agile structure, which organises workers into teams of between three and eight depending on the size of the project, has come into its own. NTT wanted to introduce a major new feature into its support system, but only decided it halfway through a project, at which point it became the highest priority.

Headforwards, due to the flexibility of its team structures, delivered that within two weeks, which he believes would not be possible with traditional structures of top-down, big contracts.

The NTT contract extension will see Headforwards employ an extra 20 people, which will propel it to a medium-sized business with almost 60 workers only three years after it was formed.

Mr Parkins argues that agile may sound simple in nature, but it is a complex process to get it right to ensure the customer gets the most of the teams it has set up. “A lot of people say they adopt agile now. It’s the done thing. But it’s the philosophy that delivers fast results and very high-quality software. Just putting cards on the wall is all about technique, but not about the philosophy,” he says.

He points out that the company tries to focus on best practice within its small, self-organised teams, making sure it gets the mix of staff skills right for any project. “Companies often focus too much on the product,” he explains.

Reducing, rather than promoting, competition among its workers is key to any agile company, according to the Headforwards structure, which tries hard to ensure that no teams are isolated from the rest of the company as they work on a specific project.

Mr Parkins says staff churn is very low – around 6 per cent – at the company, as a result. “The challenge is finding people who can create the right environment. That’s more than just putting out nice flowers in the reception area,” he says.

“A lot of companies try team away-days structured around activities designed to strengthen certain skills. But if you use agile in the right way, that will come. Happy developers will naturally collaborate. They want to,” Mr Parkins concludes.