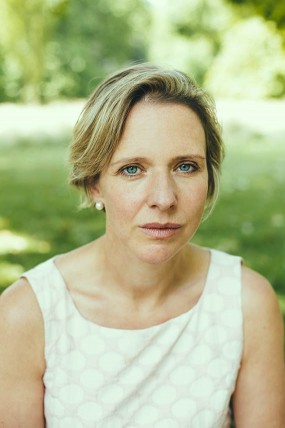 Versatility, nimbleness, pace – all attributes that organisations and the people who work in them feel under pressure to acquire. Irrespective of sector or size, the need for an agile response to the ever-changing demands of customers and consumers is frequently what determines survival.

As a firm whose focus is maximising the effectiveness of human resources, we spend every day helping organisations respond to these challenges. As such, we are particularly interested in the role HR has to play in both building and harnessing organisational agility.

Our recent research study brings together the insights of senior HR professionals from more than 30 leading organisations. We have taken a look at what drives agility, what impact it is having and what this means for how HR functions need to evolve.

In our conversations with HR directors, the definitions of the concept of agility varied, but what was a constant was that agility was seen as being as much about mindset and behaviours as structure and process. It follows logically that the people levers organisations have to build and maintain agility are much more about leadership, capability and the wider talent agenda than they are about the tactical HR practices of flexible contracts and variable reward.

The good news is the HR directors we spoke to recognised the need to focus their efforts and energies in these areas, with many citing significant shifts in practices. However, there is still room for improvement and there are questions whether the developments in HR have been sufficient.

What makes the difference?

We have a specific interest in the contribution that people management practices and the HR function itself make to organisational agility. When we looked at levels of effectiveness, there were a number of areas that felt like a real own goal for HR and its role. For example, none of the organisations we surveyed believed they could lay claim to a cadre of versatile leaders.

In addition, when we asked about cross-functional collaboration, the answers were similarly scary. While disappointing, these figures are the result of a number of factors and are not the sole accountability of HR. However, it would seem fair to say these are areas in which HR should expect to be making a strategic impact, specifically applying specialist expertise in the areas of talent management, and organisational design and development. 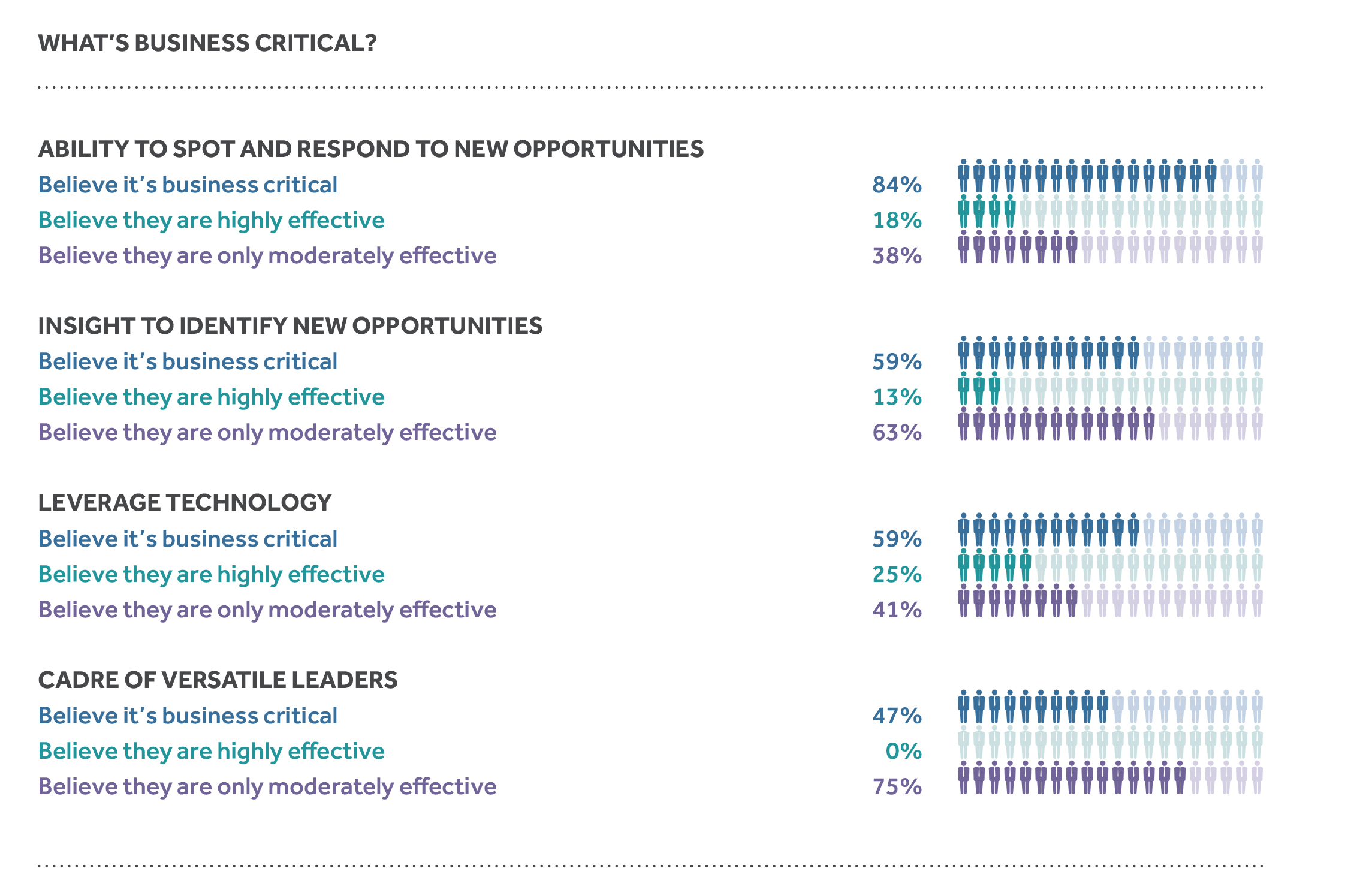 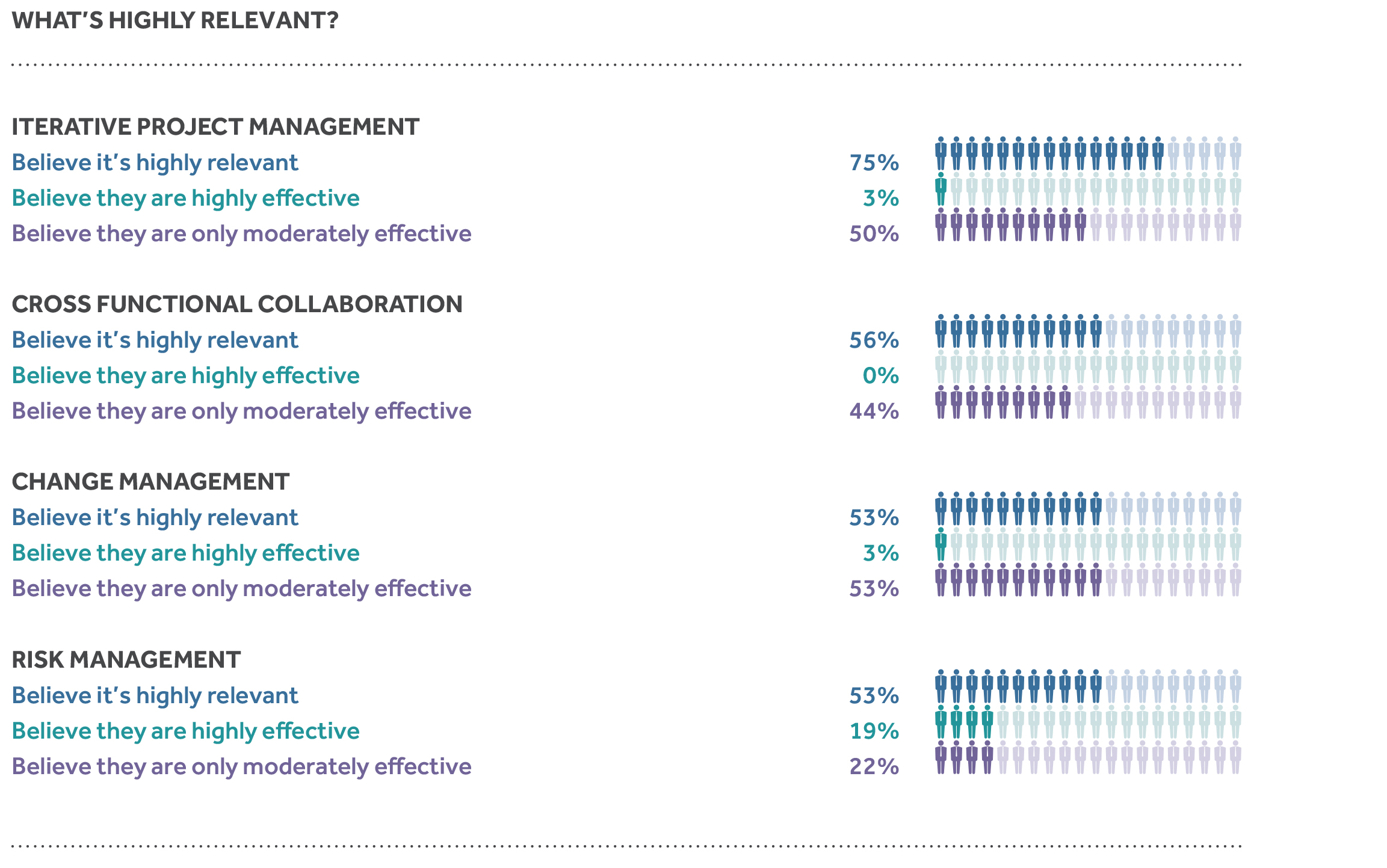 Having looked at both the need for and the impact of agility, we wanted to focus on the people management levers that organisations can pull to influence success. In line with the themes that indicate behaviour and mindset are as important as process and structure, it is not surprising talent management, in all its guises, scored most highly.

“It’s not just about speed, it’s about being curious, taking on a wide range of inputs and being able to respond…” HR director of a major retailer

Leadership development came in as the number-one priority, quickly followed by talent management and capability development. Those practices seen as having the least impact were more of a surprise. The “switch on and off” objective of flexible employment contracts such as zero-hours contracts, which we might have envisaged as the ultimate tool for workforce agility, was only rated as important by 12.5 per cent of participants.

It would appear from this study that HR has a significant role to play in terms of driving organisational agility. The work that many HR functions have done to improve their effectiveness, streamlining operational activity and building more strategic capability, means they are much better positioned to play their part.

But there are still stark contrasts between the relative importance of the factors that organisations believe to be critical to agility and perceived effectiveness. Leadership, flexibility and visibility of talent, effective change management are all areas where there is still much to be done. Although many have recognised the need to improve the people management practices that drive success in these areas, the question still remains whether these changes will achieve the desired outcome.

As we have said, HR is not and should not be the sole owner of these challenges as they are primarily business challenges. Perhaps this is still at the heart of the issue that creating and driving shared ownership of the people agenda is the trick that HR has yet to pull off.

For the full report go to http://www.orion-partners.com/agile-hr/