Would the tampon tax exist with more women in power?

As a philanthropist, you find yourself exposed to many important issues and your experiences guide you to focus your energy where you really feel your contribution could make the difference. Supporting better health for women and fighting the stigmas that surround this are the latest causes I am fighting for.

I was inspired by the film ‘Pad Man’. It is the story of a very brave and unique man in rural India who took on the challenge to try to convince local women to use pads instead of cloths during their menstrual period and therefore get girls back to school and women to work. When the film came out he became a victim of stigma and abuse, a laughing stock everywhere he went.

I was asked to support the film’s release by posting a selfie with a pad on my socials, but I definitely didn’t expect what came next. I didn’t think twice about it, but then I began receiving thousands of hate comments mainly from women themselves. Stepping into Pad Man’s shoes wasn’t easy, but it didn’t discourage me. On the contrary, it proved that this is a global issue and doesn’t only affect places like India and Nepal. I launched a campaign with the largest health and fitness app in the world ‘Flo’ called ‘Let’s Talk About It. Period.’ The friends I interviewed for the campaign (who ranged from supermodels, editors, CEOs) and I were simply, freely, without judgement talking about our periods and the ways we have experienced the stigma around them.

I wanted to show all women that even women who may seem strongly confident about their bodies are actually no different when it comes to female health issues. I wanted to encourage the conversation among girls about the topic. The conversation has expanded thanks to our partnership with the United Nations Population Fund (UNFPA), which has allowed us to host events all around the world. I was honoured recently to be invited to join the UN President of The General Assembly, Mariá Fernanda Espinosa Garcés’ Gender Equality Group, which has gathered some of the most incredible women from around the world to meet and discuss how we can gather more momentum and accelerate the progress in this area. 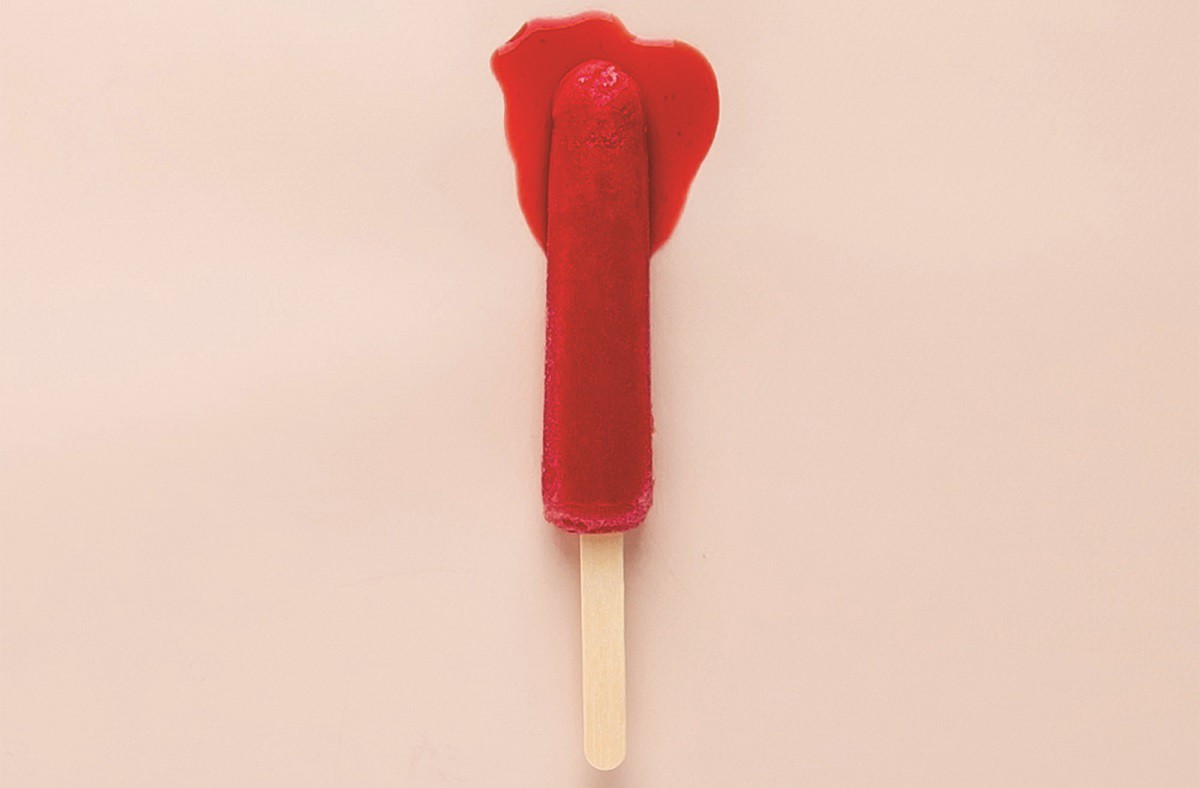 I have been so inspired by the work in the UK by Amika George, who is fighting for the rights of young women and girls in schools up and down the country. I am constantly bowled over by the work of my charity platform Elbi’s partners like United Nations Population Fund, Dharma Life, Bal Utsav, WE charity, Binti and Period Dignity who are working tirelessly in India to tackle these issues. If we can achieve this goal in India, we will get a lot closer to achieving the Global Goals more broadly.

I am very hopeful that we can achieve the Goals themselves and I’ll tell you why. Last year I stood at WE Day UK (one of Elbi’s charity partners) in front of 10,000 children between the ages of 9-15 and talked about periods. After five intense minutes we were all shouting ‘period’ together at the top of our lungs. My talk inspired some school projects led by the students who were at ‘WE Day UK’ to help change the conversation in their own communities. That kind of response makes me believe that these kids will grow up in a more inclusive world and that small actions together can make a big difference; these goals are achievable.

Stigma and taboos around women’s health are pervasive in most societies and their effects have serious negative consequences, sometimes putting lives at risk. Taboos around menstruation, for example, can lead to women not having access to hygiene products, being deterred from taking part in school or sports activities, and being at risk of infections and other complications such as diarrhoea. Stigmas around the sexual and reproductive health of persons with disabilities can lead to a lack of adequate maternal health services, and fear of repercussions for talking about domestic violence can result in women not seeking help when in an abusive relationship.

It remains difficult for women to talk openly about issues that affect them, but I don’t think there is one single cause. In many countries, men are the primary decision-makers and have greater control over finances. In this case, it is easy to see why women’s basic needs are less likely to be considered. Think about the tampon tax across Europe. Do you think it would be the case if more women were in power? Shaving foam is not taxed! There are still not enough of us who know that this is true for most of the world. 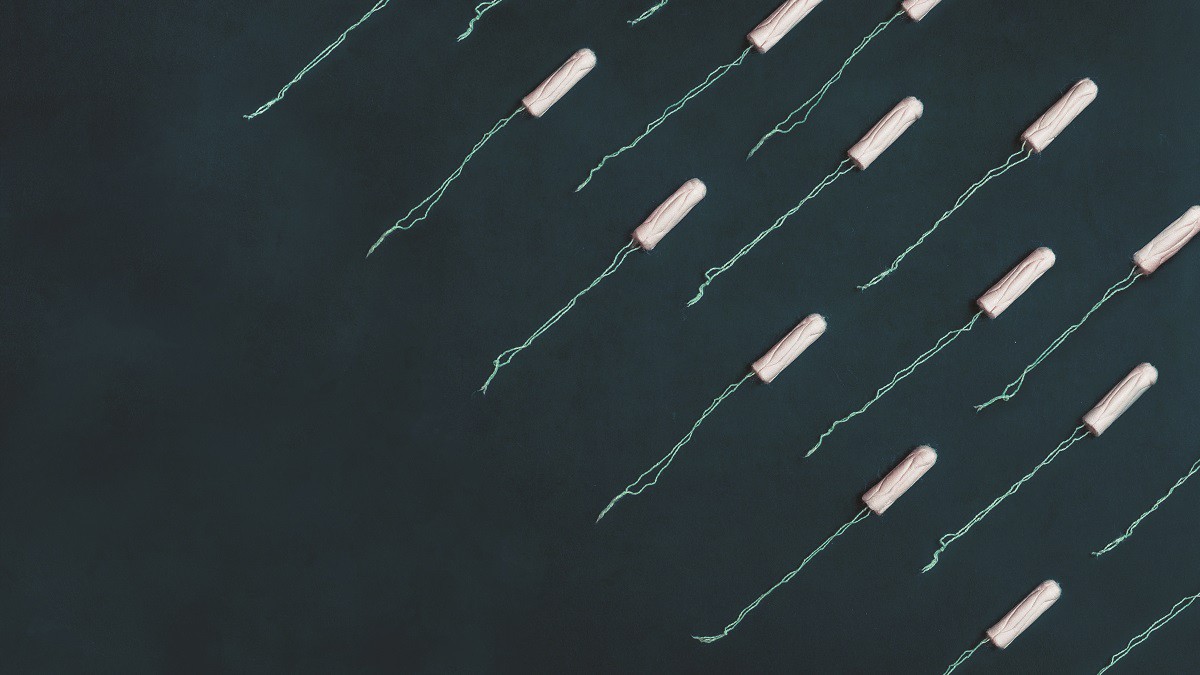 Life was super tough at times when I was young. We were very poor in Russia and growing up with my sister Oksana, who has autism and cerebral palsy, things were certainly never easy. We faced a huge amount of abuse, sometimes physical, as a result of my sister’s disability. People would spit at me and say I was dirty like my sister and that they didn’t want to touch me because I would poison them. I know how it feels to have nobody to confide in, nobody to trust. I had no choice but to be strong. Where I came from, you had to use your imagination to get through another day. I hate to think that anybody has to go through this now anywhere around the world.

Today, my charity platform Elbi is a huge part of my philanthropic life. It’s a platform that supports over 60 charities in countries around the world. At Elbi you can do good, look good and feel good at the same time. Elbi incentivises people to donate to causes they care about and become a part of a like-minded community of everyday philanthropists. The power of digital platforms is ever-expanding. We live in a digitalized world now, so it’s important to have a platform to access as many people as possible. I also started the Naked Heart Foundation 15 years ago, creating play parks and playgrounds and promoting professional support for children with mental disabilities and their families.