One of the best ways to learn what a culture values, what a society thinks about itself and how they expect people to live their lives, is to look at the rules embedded in its legal system.

Legal systems around the world continue to play catch up with enormous environmental problems. They are struggling, slowly, to combat the emergencies that we actually face.

We work on the basis that the Earth is our client and that the law is one of the most effective tools that we have to save it. How do we interview our client? Through science. Then we move into the legislative phase which involves parliament or congress. Finally, we try to capture policy through legislation which is enforceable and accepted by the regulated community, so that it can be implemented by law.

One of the difficulties is that laws are not self-enforcing. Industries try to influence a law in their direction and not in the intended one, so we need to make sure the law gets implemented the correct way. One of the great achievements of the European Union (EU) is that laws are passed across member states, so you get uniformity in climate-related areas such as air pollution. But, to enforce those laws, we have to work with national courts. We have cases going on in 19 EU countries and 6 international tribunals. 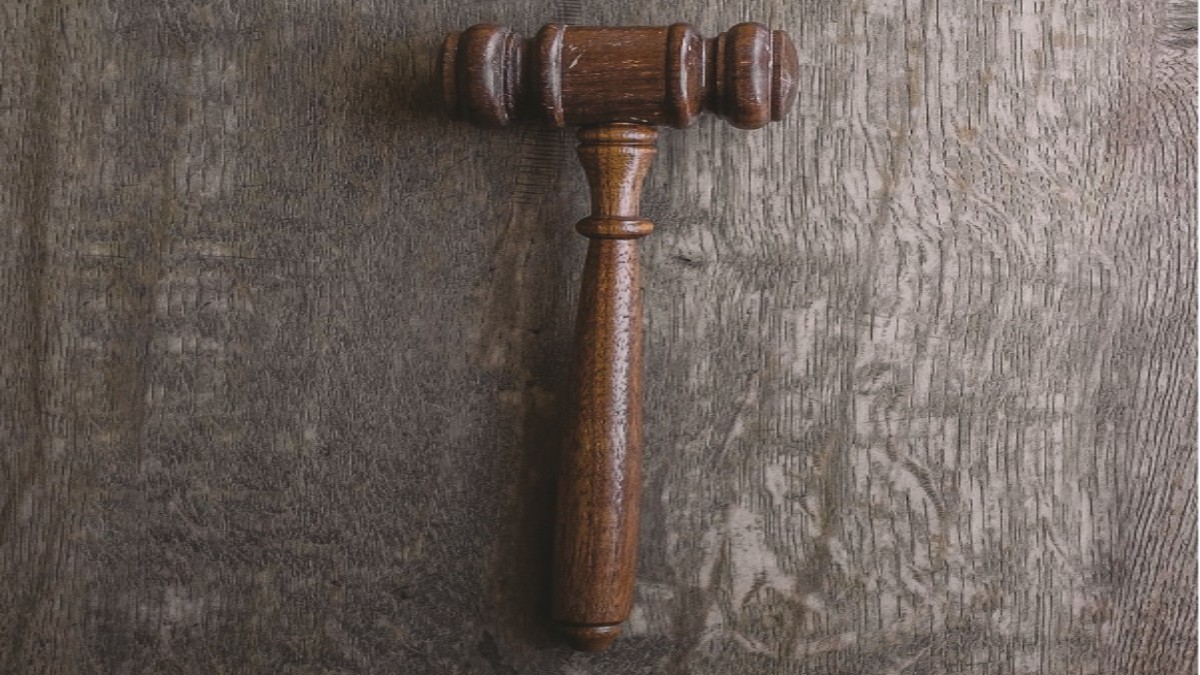 Logging Europe’s last primeval forest. We recently helped to prevent the Polish government from illegally logging the last primeval woodland in mainland Europe, the Białowieża forest. There was no possibility of suing the Polish government for local legal reasons so we applied to the EU, who in turn applied leverage on their member state by taking them to the European courts and winning. The EU can help tackle deforestation, environmental harm and human rights abuses by enforcing the law, and by introducing mandatory due diligence – rules which require companies to identify and prevent the negative impact of their operations and supply chains.

In 2010, we started a lawsuit against the British government over air pollution. Back then, there was no environmental group in the UK that was interested in the issue, even though 40,000 people a year were dying as a result. We had the expertise, brought the case, and then – because of the value of the case – generated a huge amount of press. Five years later we beat the government in its own Supreme Court and there are now hundreds of air pollution organisations that sprung up due to local efforts. The publicity highlighted the legal value of the case changing the government’s behaviour and raising the issue allowed the public to get involved because they realised they were no longer powerless. 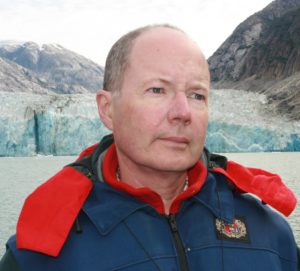 A free press. A key component of Goal 16 is the preservation of a free press, who are able play a role in shining a light on important, often opaque, causes. Sadly, divisive, dangerous rhetoric in developed and developing worlds alike has indirectly contributed to a rise in the deaths of human rights defenders, journalists and trade unionists. From 2017 to 2018, the UN recorded 431 killings across 41 countries, every passing week seeing at least eight people murdered at the front lines of efforts to build more inclusive and equal societies. We must protect those who speak truth to power.

After our success against the UK’s air pollution, we joined a German NGO to bring air pollution cases across that country. As a result German judges banned diesel in large city centres such as Dusseldorf and Stuttgart. There was a significant reaction from the car manufacturers and the government, but Germany’s highest court upheld the judges’ right to issue the bans. Across England and Germany, sales of diesel vehicles started to fall as people came to realise the connection with pollution and that the value of the vehicle would simply go down in the coming years. BMW and the other car companies had clean technology available, but were doing very well with their diesel engines so had no interest in improving until the German courts gave them a push. Had the German companies continued to flog diesel vehicles instead of investing in electric, the Chinese would have been poised to take over the market because they would have been so far ahead.

Naïve to trust markets. One of our biggest challenges is, how do you use enforcement efforts to drive markets and generate a reaction in order to ensure investment goes into clean technology, while helping move society forward more quickly? Compared to 20 years ago, science can now deliver the things we need. The price of renewable energy has fallen dramatically and is cheaper in many parts of the world than coal. However, we cannot trust the market to push renewables forward – that would be naïve. There are still enormous industries who are uninterested in change. RWE and other big utilities remain focused on starting new coal mines, German companies are still dedicated to producing diesel cars.

Who will deliver? If you imagine there’s a road, how can we deliver these environmental solutions and what are the blockages sitting in the middle of it? Who’s likely to remove them? Not the government or big utilities, who are often interconnected. Not the new industry providing solutions because they tend to be small or start-ups and not designed to undertake large litigation. Who will come and move them out the way? The answer is citizens. That’s how we come in, acting on their behalf. A lot of the enforcement work we take is not just against an individual act. It is with the intention of moving markets in the right direction and taking away the economic advantage that dirty industries are enjoying, so that clean industries can come forward. It is a huge project, and one that will only succeed if it is reinforced by civic action.

Nevertheless, I am given hope by our recent work in China. Back in 2014, we helped to bring in a law to allow citizen groups and NGO’s to sue polluting companies. Then, that relationship turned into an invitation from the Supreme Court to train judges in environmental decision-making, because the Chinese had just put in a system of environmental courts all across the country, from the local level to the Supreme Court. 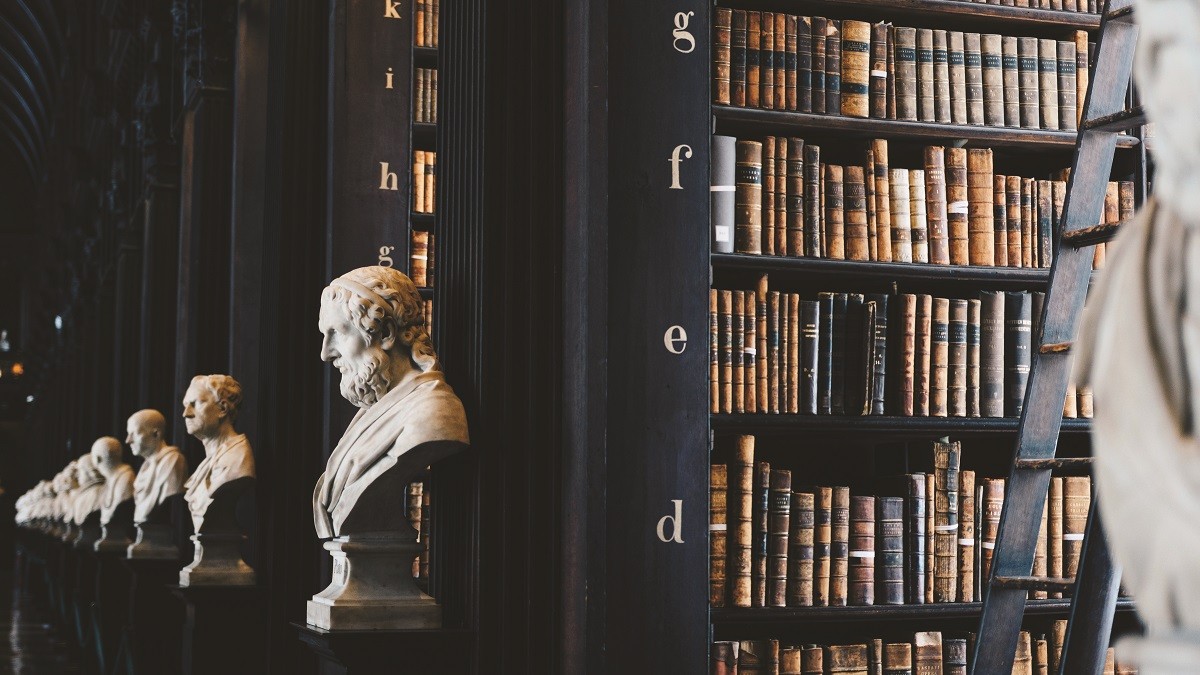 Chinese initiative. They had the intention of completely changing the behaviour of companies in China. There was no culture of compliance with environmental law. They decided to change this as they became aware of the terrible problems they faced. I was deeply moved by the sincerity of the Chinese in cleaning up the environment and becoming leaders in climate change and biodiversity. To date, we’ve trained hundreds of environmental court judges. And also prosecutors, helping empower them to bring environmental cases against the government for the first time on behalf of the people.

In 2018 alone they sent 48,000 notices of violation, settling around 95 percent pre-trial. What we see now is that behaviour change in China is rapid and that there’s not just an intention - action follows. One of the most refreshing things about this work is the first thing they say is “who has already encountered this problem around the world and what have they done?” They want to learn quickly from the successes and also the failures others have had.

We bring in experts from South Africa, the United States, Sweden, Australia and many other countries, and offer the opportunity to see what has worked, and also avoid 20 years of making mistakes. It’s a remarkably enlivening experience and their open-mindedness is something we in the Western world could really learn from.

Make 2020 meaningful. Over the last five years, Beijing has seen a 30 per cent improvement in air quality levels and concentrations of fine particulates in Chinese cities have decreased by an average rate of 32 percent. I am continually encouraged that the world’s biggest polluter is doing everything it can to fundamentally change the way it does business, economics and agriculture in order to restore biodiversity and cleanse its air and water.

Today, the Paris agreement still stands as the first meaningful global treaty on climate change. It was clever in its design, in that everyone agreed that they were going to go home and create their own national plans, which meant it was sensitive to the needs of different countries in different stages of development. The problem is now to move on to the next stage and make those targets practically achievable, and connect climate protection with nature protection. In 2020 the real question, as the world gathers in China to rewrite the Convention on Biological Diversity, is whether countries are going to rise to the challenge and make those regimes meaningful.

Unless there is peace, and until justice and strong institutions support environmental action around the world, the lack of progress towards combating climate change and protecting biodiversity will be catastrophic. The philosopher Thomas Hobbes noted that “The law is the public conscience”. If we are to ensure the safety of future generations and the health of our planet, we must empower the public and listen closely to our conscience.

James Thornton is the founder and CEO of ClientEarth

Next week: Kate Garvey and Gail Gallie Co-Founders, Project Everyone